The Legislative Assembly passed the outline of a government-initiated bill on fire safety in buildings and certain outdoor venues, proposing to give the Fire Services Bureau law enforcement powers to fine violators of fire safety regulations. 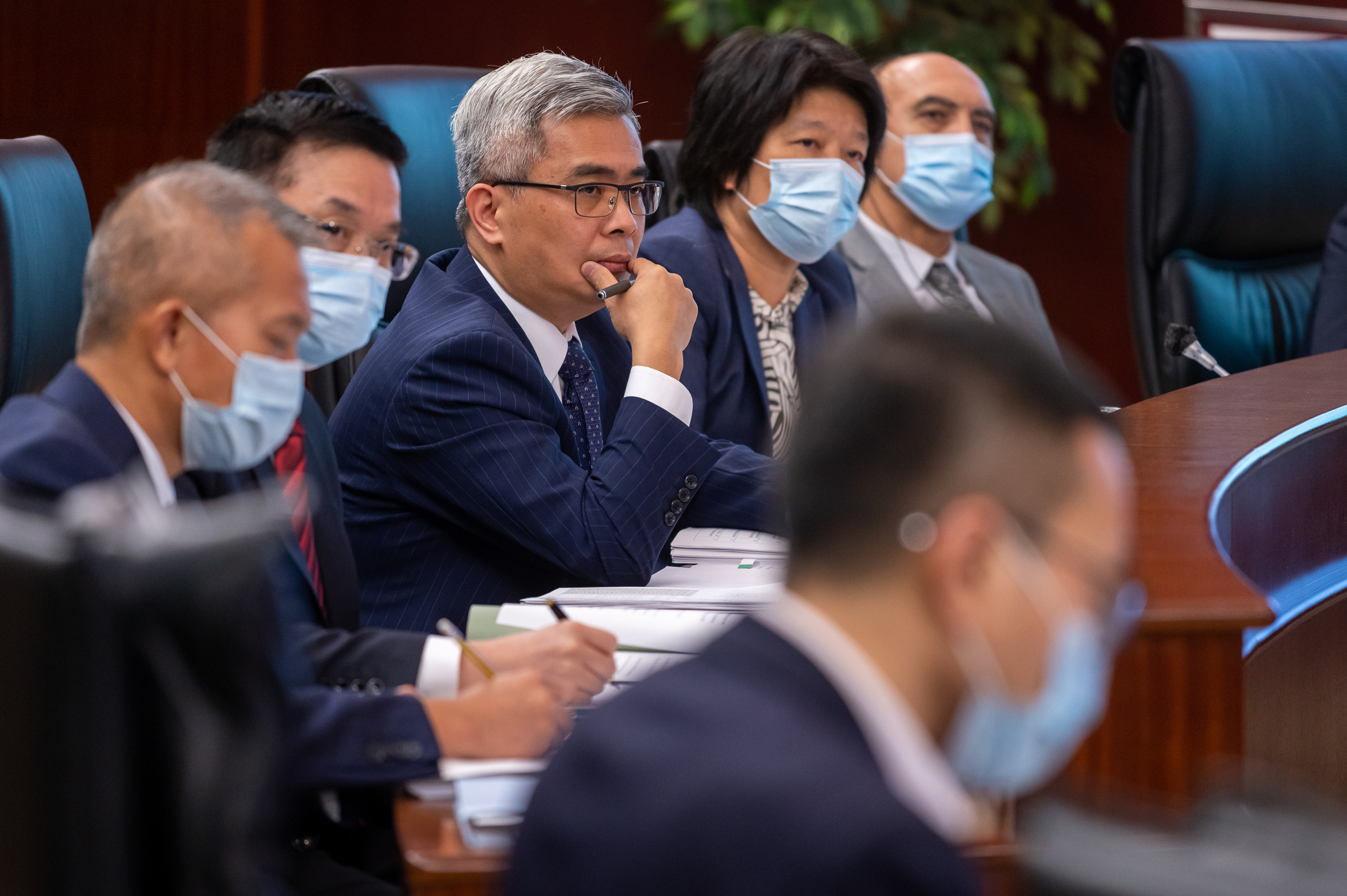 The Legislative Assembly (AL) on Thursday passed the outline of a government-initiated bill on fire safety in buildings and certain outdoor venues, which proposes to give the Fire Services Bureau (CB) law enforcement powers to fine violators of fire safety regulations.

Secretary for Security Wong Sio Chak introduced the outline of the bill during a plenary session in the legislature’s hemicycle on Thursday.

Wong pointed out that Macao’s current fire safety regulation for buildings has been in force for 25 years, adding that the regulation has for a long time been unable to meet civil society’s needs resulting from the city’s rapid development. Wong said that therefore Macao needed a new fire safety regulation with the aim of better protecting the safety of residents and their property.

Wong said that the government has drafted the new fire safety bill after consulting a number of public entities and local associations and referencing the relevant regulations in the mainland and overseas.

The government proposes that the new fire safety law will replace the existing decree-law regulating the city’s fire safety for buildings promulgated back in 1995 when Macao was still under Portuguese administration.

“Over the past 25 years, particularly after the liberalisation of the gaming industry, Macao has seen rapid urban development due to its rapid social and economic development, during which there has been a large increase in the number of tall buildings, and increasingly more complicated designs have been used for new building projects,” Wong said.

“Furthermore, the authorities have detected more venues with potential fire safety risks in the city, which makes it more difficult for them to carry out their fire safety work,” Wong said.

According to Wong, the new fire safety bill proposes to extend the coverage of official fire safety rules to certain outdoor venues, which are defined as “outdoor public spaces that are bounded by walls, fences, metal nets or similar structures that impede or restrict the free movement and evacuation of people”.

The new fire safety bill proposes to give the Fire Services Bureau the statutory powers to oversee the implementation of official fire safety rules in buildings and venues and fine those who have violated the rules.

Wong pointed out that under the current fire safety regulation, the Fire Services Bureau has no power to fine violators. Currently, after discovering that fire safety equipment fails to meet the official requirements in a building during an inspection, fire officers can only transfer the case to the Lands, Public Works and Transport Bureau (DSSOPT) for follow-up action and possible fining, Wong said.

However, Wong said that the DSSOPT law enforcement work to fine violators has not been effective due to the insufficient number of staff and the complexity of the cases.

“The bill can solve the current problem that the Fire Services Bureau has no statutory powers [to fine those who have breached fire safety rules],” Wong said.

According to Wong, the bill also proposes that all other possible matters that are not covered by the DSSOPT scopes of law enforcement will be supervised by the Fire Services Bureau.

Wong said that defining the scope of fire safety law enforcement was a key issue when the government was drafting the bill.

Wong said that Chief Executive Ho Iat Seng has had a number of meetings with officials from the two bureaus “in person” in order to come up with a final conclusion which “clearly” defines the scope of fire safety law enforcement to be carried out by the two bureaus.

Rosário has consulted six major engineering associations in the city about the scope of fire safety law enforcement, Wong said.

According to Wong, the bill proposes that those who have breached official fire safety rules will be fined between MOP 2,000 and MOP 200,000, depending on the severity of the violations. In the case of a legal person (such as companies or institutions), they could be fined up to MOP 800,000, Wong said.