Nine local novel coronavirus infections have been registered in Hong Kong, with officials warning that a new wave of Covid-19 cases is underway in the special administrative region. 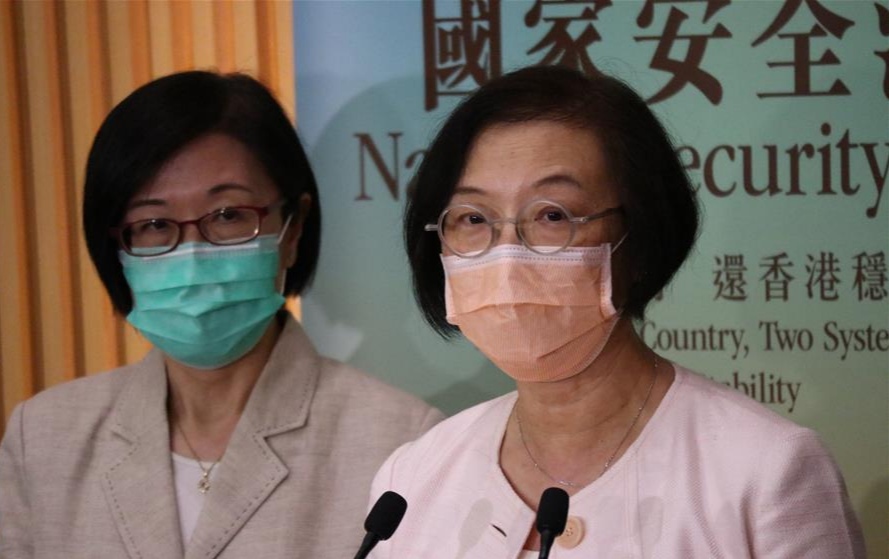 The Centre for Health Protection (CHP) on Tuesday reported that nine local novel coronavirus infections have been registered in Hong Kong, with officials warning that a new wave of Covid-19 cases is underway in the special administrative region.

This is in addition to five imported cases, including three people who travelled from the Philippines and two who arrived from Pakistan.

Officials said at a press conference that the situation in Hong Kong had changed rapidly since last week and a “community outbreak” had happened again, involving customers and workers of a number of restaurants and an elderly person living at a care home.

Authorities said sources of five new cases had not been identified, including a Hospital Authority worker who had visited Disneyland and stayed at the resort there.

An 85-year-old woman who lives in an elderly care home in Tsz Wan Shan is also among the new cases. Officials said health personnel had visited the centre and identified many close contacts who needed to be moved to a quarantine centre.

Preliminary results showed two other residents at the care home also tested positive for the virus.

As a 14-year-old student of the Rotary Secondary School in Wong Tai Sin has tested positive, the school has been asked to shut for two weeks and undertake cleansing operations, said the CHP official Chuang Shuk-kwan.

She added that any other schools should do the same if they have confirmed cases. Asked if all schools could have to shut down again, Chuang said authorities were discussing a basket of measures and would announce the decision as soon as possible.

Centre for Health Protection Controller Wong Ka-hing said a drop in cases last month did not mean the transmission chain was broken completely.

He said the government would have to tighten social distancing restrictions again and he hoped officials would announce them soon.

Health officials said screening of arrivals would be tightened from today and all air crew arriving in Hong Kong would have to give saliva samples for novel coronavirus tests.

The latest cases take the total number of confirmed infections in Hong Kong to 1,299.

Separately, Secretary for Food and Health Sophia Chan Siu-chee said yesterday that foreign domestic helpers would need to test negative for Covid-19 before they’re allowed to enter Hong Kong, although she didn’t mention when this requirement would come into force.

She added said their employers will have to pay for their tests, and 14 days of quarantine at a hotel when they arrive.