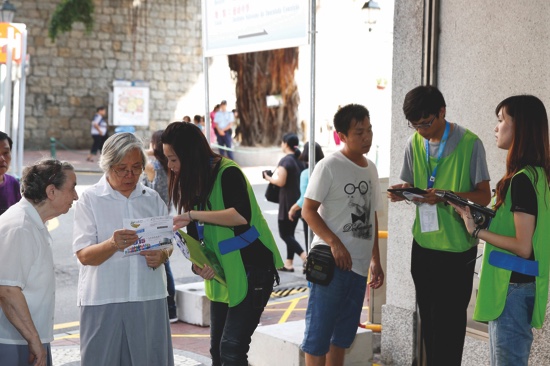 The members of the Electoral Affairs Commission that supervised the 2013 election for the Legislative Assembly are now arguing that candidates should be allowed to publicize their political platforms for longer periods.

The proposal was included in one of two reports released on Wednesday that focuses on possible improvements to the operation of elections for the Chief Executive and the Legislative Assembly.

The 39-page report recognized the challenges of preventing illegalities in campaigning, given the “varying civic quality among locals.”

“The objective difficulty lies apparent within the measure that demands ordinary citizens, voters and prospective candidates retain composure and stay away from any promotional activities for manifestos related to the election,” the Commission report reads.

Such activities are strictly banned during the campaigning period, which runs for about half a year between the official announcement of the election date and the election itself.

The proposal indicates that the effective campaign period could be longer, although the official campaign would still run for around two statutory weeks. During this period, lawmaker candidates are permitted to establish physical, virtual and roving platforms to disseminate manifestos.

In addition, the report argues that all campaign activities should shut down 34 hours before the election, as per current regulations.

The report also suggests that candidates should seek locally registered audits over their accounts before they are submitted to the management committee for funding.

Current regulations stipulate that each party’s budget should not exceed 0.02 percent of the total income anticipated by the government for that year. However, all parties in the running are allowed to receive unlimited financial donations to sustain or even reinforce their campaigns. The authors of the report found it difficult to identify the source of candidates’ financial support.

Of the MOP5.64 million budgeted for each group in the last edition, MOP17,400 was said to be the smallest amount spent by one candidacy, while the biggest spender’s expenditure reached up to MOP3.88 million.

Taking into account the voting patterns of the elderly population and those with lesser education, the report also called for changes to the ballots’ design so as to lower the number of invalid ballots. Compared to the total of 6,498 invalid vote tickets received in the fourth election, only 4,280 ballots were identified as null.

In another 39-page report regarding the 2014 election for the region’s Chief Executive, the authors argue that the contacts of the 400 electoral committee members, composed of a further 400 voters, should be easily available.

The reports also suggest that the Electoral Affairs Commissions should be assembled beforehand or put on a permanent basis, so as to facilitate fluid coordination with other government agencies.

According to the reports’ authors, a long-standing electoral body might be able to cope with frequent enquiries and requests, such as the regular complaint of managerial bodies about the limited time in which to prepare for elections.