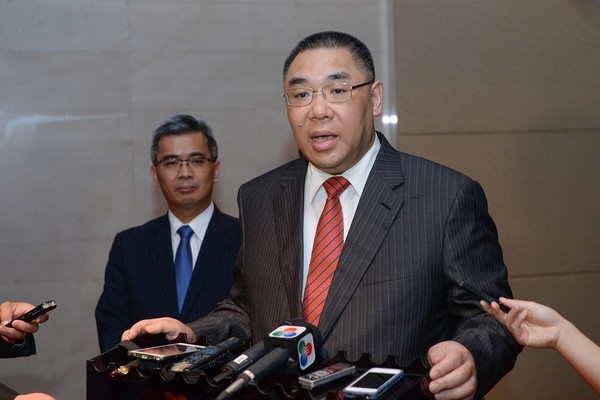 Chief Executive Fernando Chui Sai On said on Thursday the government would listen to residents’ views on whether it should terminate greyhound racing.

The Macau Yat Yuen Canidrome’s concession will expire at the end of this year.

The company operates the only commercial greyhound racetrack in the Far East. Last Friday, Secretary for Economy and Finance Lionel Leong Vai Tac said the government had asked a local academic institution to conduct a study on whether greyhound racing should continue in Macau.

“Should greyhound racing be terminated in Macau? Should we keep it? There’re many residents who care about this [issue]. We’ll publish the findings of our consultation,” Chui said. Asked by a reporter which academic institution will conduct the study, Chui said he had to ask Leong.

Chui said greyhound racing was part of the city’s “diversified gaming industry”, admitting that it did not contribute a large share of Macau’s gaming revenue. “The most important thing is listening to residents’ views,” Chui said.

Animal rights activists have been urging the government to put an end to “cruel” dog races in Macau. Local animal protection group ANIMA says that it has collected 300,000 signatures in Macau and elsewhere calling for the axing of greyhound races in Macau. ANIMA plans to hold a vigil outside Government Headquarters on September 30.

According to the website of the Gaming Inspection and Co-ordination Bureau (DICJ), greyhound racing started in Macau in 1932.