The wall of a building, which was being renovated, collapsed and damaged the listed Lou Kau Mansion next to it 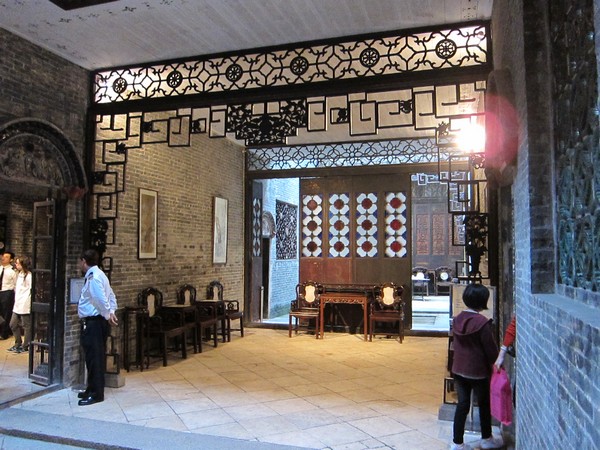 The wall of a building, which was being renovated, collapsed and damaged the listed Lou Kau Mansion next to it on Thursday.

The government-run mansion, which is used as a temporary exhibition hall, is one of 20 sites which form the UNESCO World Heritage-listed Historic Centre of Macau.

The two-storey grey-brick courtyard house in Travessa da Se was once the home of Lou Kau (1848-1907), a prominent Chinese merchant in the late Qing Dynasty. It is believed to have been built in 1889, according to the Macau Government Tourism Office (MGTO) website.

Dust filled the street outside the heritage site when the wall collapsed at about 5 p.m., and damage could be seen inside the mansion. The Cultural Affairs Bureau (IC), Fire Services Bureau (CB) and Lands, Public Works and Transport Bureau (DSSOPT) all dispatched officials to inspect the damage after the accident.

Speaking outside the mansion after the incident, a Fire Services Bureau spokesperson said no one was injured.

According to the spokesperson, construction workers said they had been leaving work when the wall suddenly collapsed.

Cultural Affairs Bureau (IC) President Guilherme Ung Vai Meng said Lou Kau Mansion will be closed today due to safety concerns, adding that he couldn’t say whether it will be reopened during the Chinese New Year (CNY) holiday period until officials have finished assessing the damage to the building.

Ung said events that the government had planned at the mansion would have to be moved to another site if it was determined that it had to be closed for a while.

Asked by reporters as to whether the construction next door had been approved by the Cultural Affairs Bureau, Ung said his bureau had met the owner of the building next to Lou Kau Mansion many times to ask the owner not to erect a new building next to the mansion, as that would damage the view of the cultural heritage site. According to Ung, the owner agreed with the bureau’s terms.

Ung said he couldn’t say whose fault it was until officials finished looking at the evidence. However, he was quick to add that he didn’t believe it was the fault of the developer, describing the incident as “just an accident”.

The large-scale project involves the demolition of several buildings at the corner of Travessa da Se and Rua de São Domingos.