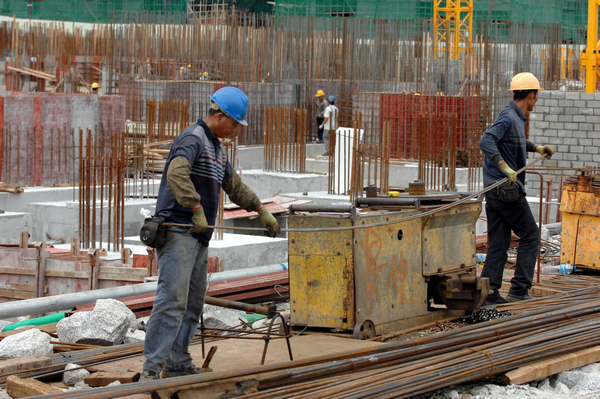 Labour Affairs Bureau (DSAL) Director Shuen Ka Hung said Sunday that recent figures of deaths caused by workplace accidents showed that the accident rate was not “that bad” as it had declined but he vowed that nevertheless his bureau would step up site inspections and run more training courses for construction workers.

According to The Macau Post Daily today, Shuen made the remarks as a guest speaker during Sunday’s open-air debate programme – Macau Forum – hosted by government broadcaster TDM.

A number of fatalities have occurred at construction sites in the past two months, drawing public concerns about the safety of the sites and the plight of construction workers, so issues about how to ensure work safety was discussed during the forum.

Cheong Man Fung, who heads the Macau General Construction Industry Union, said during the forum that recently there had been “relatively more” workplace accidents that resulted in the death of, or serious injury to the victims.

Cheong urged the government to step up the number of inspections it makes on construction sites to ensure that all safety procedures are followed and all equipment is well maintained.

“The numbers have gone down, [they are] not as [bad] as the public think … as recently there have been some serious accidents …so that the public have paid more attention,” Shuen said, adding that his bureau would step up the training sessions for construction workers on site safety.

He also said that his bureau regularly checks all construction sites – at least once every three days but no longer than at least fortnightly.

He also vowed that his bureau would try its best to finish drafting a bill that would require that all construction workers have passed related courses to gain a certificate before they can be employed by a construction company.(macaunews)