Macau, China 14 Dec – President Hu Jintao, who is set to arrive here later this week to preside over 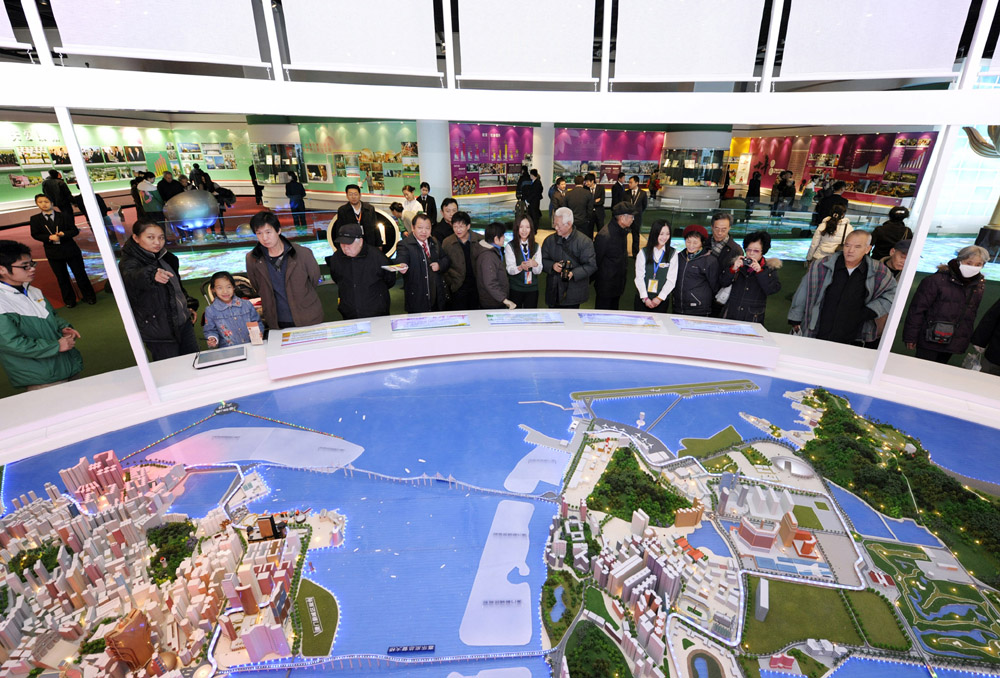 Macau, China 14 Dec – President Hu Jintao, who is set to arrive here later this week to preside over celebrations marking the 10th anniversary of the establishment of the Macau Special Administrative Region (MSAR) and the swearing-in of the new local government, has forecast a "bright future" for Macau.

Hu made the prediction on Friday during a visit to a large-scale exhibition in Beijing about Macau’s achievements over the past decade.

According to Xinhua, the president stressed during the visit that while Macau was at a new starting point for its next development phase, he firmly believed that Macau will have a "better future”.

The exhibition, entitled "Decade of Achievements," is held at the Capital Museum in the capital.

The exhibition, which has been organised by a local PR company on behalf of the Macau government with a budget of 32 million patacas (US$ 4 million), was opened by Vice President Xi Jinping on Friday.

About 300 guests from Macau and the mainland attended the exhibition’s formal opening, including outgoing Chief Executive Edmund Ho Hau Wah and Chief Executive designate Fernando Chui Sai On, who will succeed Ho on Sunday.

Speaking on the sidelines of Friday’s opening of the exhibition, Ho thanked the central government for its strong support since Macau’s return to China 10 years ago.

The exhibition will remain open to the public free of charge through January 13. It received some 3,600 visitors on its first day, mostly elderly people and families with young children.

Some of the visitors told local reporters they were particularly impressed by Macau’s strong economic development since its return to the Motherland in December 1999. Others said they admired the local government’s strong backing of the education sector, according to a report by The Macau Post Daily.

The exhibition, which covers a floor space of 1,400 square metres, consists of four thematic sections: One Country, Two Systems; Loving Our Nation; Achievements, and Ten Years of Progress.

The state-of-the-art multimedia exhibition also features a model of Macau’s city plan and replicas of a number of sightseeing spots, such as the Golden Lotus and St. Paul’s Ruins.

After Beijing, the exhibition is set to tour major cities in the mainland.