Mário became interested in medicine when he was 15 or 16 years old. “I chose the only thing in sciences for which mathematics was not a compulsory discipline." 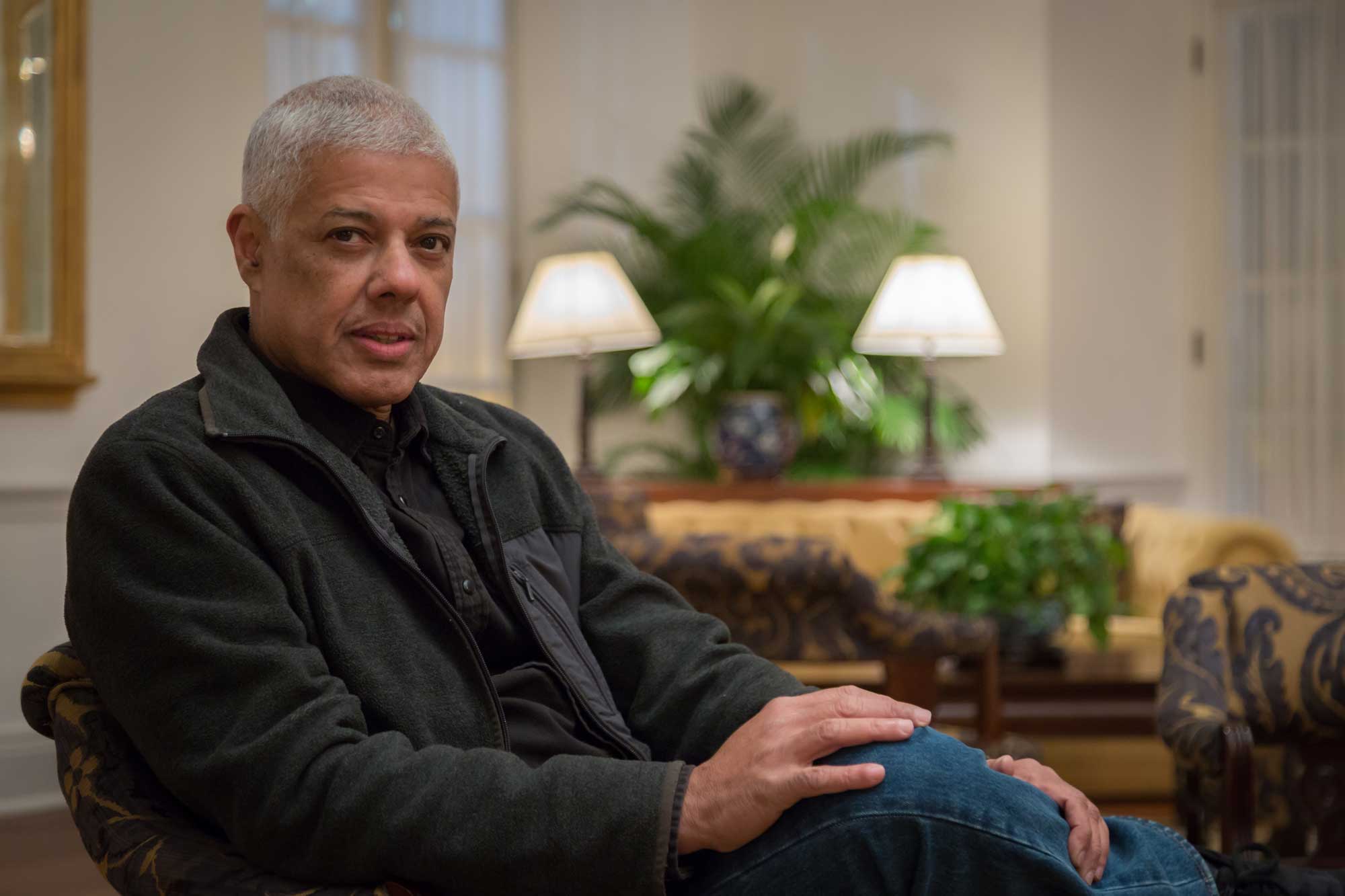 The middle child of Cabo Verdean parents, Mário Évora left Macao to pursue his education in Portugal. Although tempted by his love of football, he completed his degree and returned in the 1980s, part of a team helping to usher in a new era of medicine in Macao. Now, he is the clinical director and head of the cardiology department at the Conde de São Januário Hospital Centre. A prominent figure in the city’s medical community, he has also founded and led a number of civic organisations that reflect his commitment to Macao and his deep ties to Cabo Verde.

Mário Évora was born in Macao on 18 May 1954, at São Rafael Hospital, the building now occupied by the Consulate-General of Portugal in Macao and Hong Kong. The third of five siblings, Mário was the first one born in the city, followed by his brother Rui and sister Maria Helena. His older brother Humberto, another of the Macao Évoras, had arrived in the territory in his mother’s lap, less than a year old.

The family was brought to the territory by their Portuguese maternal grandfather, António Magalhães Coutinho, married to the Cabo Verdean Crispina Brito Lima. He had been posted to Macao to head the CTT postal service, thus beginning the longstanding family tradition grounded in a triangle with points on three continents, specifically in Cabo Verde, Portugal, and Macao. The couple brought five of their six children to Macao, where they attended secondary school in Tap Seac, site of the future Health Centre.

But one child – Mário Évora’s mother – was initially left behind in Cabo Verde, where she was due to be married. The family’s separation didn’t last long; a year later, the newlyweds travelled from Cabo Verde to the Far East, following a stay in Lisbon. After a short stint with CTT, Mário’s father eventually joined the Weather Service as a technical observer, ending his career as its director.

The Évora children flourished in Macao. Humberto Évora, a physician, educated like Mário at the Faculty of Medicine, University of Lisbon, founded and served as the first director of the territory’s Sports Medicine Centre. Their younger brother Rui served as an engineer for the old Municipal Council of Ilhas (Macao’s formerly separate islands of Coloane and Taipa) and now lives in Cabo Verde, while the youngest, Maria Helena, specialised in archives and document sciences and worked at the Archives of Macao, eventually serving as its director; she now lives in Portugal.

Mário’s early schooling was at the Pedro Nolasco da Silva Primary School and the Liceu Nacional Infante D. Henrique (in front of the current Hotel Sintra). After finishing secondary school in 1971, he and Humberto travelled to Portugal to attend the University of Lisbon. Initially, the brothers agreed that their ultimate goal would be to study medicine at the University of Coimbra.

Mário became interested in medicine when he was 15 or 16 years old. “I chose the only thing in sciences for which mathematics was not a compulsory discipline,” he says. “From then on, my choice was to pursue medicine.”

Yet the teenager still longed to pursue a very different dream. “During that phase of growth and incipient adolescence, I only wanted to play football and be a professional player; Humberto and I just wanted to play ball. Our studies progressed normally, but what we loved was football,” he explains, recalling afternoons playing under the sun on the field of Dom Bosco College.

“Although we’d chosen to study medicine, football was constantly on our minds. Then, when we had to go to Portugal for higher education, we said we wanted to go to Coimbra,” he says. Why Coimbra? Because it was the home of Académica, the “student team” in the top professional league.

“We could then achieve our dream of becoming footballers [full-time] and students in our spare time,” he adds, smiling.

But it was not to be. The two brothers ended up in Lisbon, where they enrolled in medical school. For all practical purposes, football was limited to the team of medical students that played in the university league.

Mário notes that the attraction to football was likely a “genetic inheritance” from the paternal side of the Évora family. Indeed, his brothers, Rui and Humberto, both played for the CDUL (Centro Desportivo Universitário de Lisboa) team.

Mário recounts how he and his brother eventually started taking medicine seriously. “I think the driving force behind our success at university was compulsory military service. It was the early 1970s (we entered medical school in the 1971/72 academic year). Not passing meant not just interrupting our studies and being drafted; there was a serious risk of being sent to war in Portugal’s overseas territories. And that was a good reason not to flunk out.”

After completing their studies, the Évora brothers joined in 1980 the first group of five doctors to take advantage of vacant positions in medical service for peripheral areas, which then included Macao. But that was only after two years of polyclinic internship in Portugal.

“Coming to Macao was due to the progressive vision of Dr. José da Paz. He backed efforts to bring young medical doctors to settle in the territory. He was the one who opened a new era for medicine in Macao,” Mário explains. From that group, he was later sent to specialise in cardiology and Humberto in sports medicine.

Mário Évora had already decided during his studies that he would rather be a physician than a surgeon, and to specialise in cardiology. When asked about several oft-repeated expressions such as “heartfelt,” “think with your heart” and “speak from the heart,” the cardiologist in him provides an explanation:

“We all react over the course of our lives with our emotional intelligence. And the heart is felt to be where emotions are based, emotional motives, which often unbalance people’s rational side.

“Palpitations, accelerated heart rhythm, stress and all those feelings originate in the brain but are unloaded into the cardiac system. They’re all activated by the brain, depending on the senses, but are felt in cardiovascular activity,” he explains. “They all react with the heart. So it’s the cardiac symptoms that give rise to those expressions.”

Mário Évora highlights that being a cardiologist is “a specialty that has many gratifying moments,” for which he provides an example: “In heart attack cases, emergency specialists revive the patient and the cardiology team heads straight to the catheterisation room, where the ‘blocked’ vessels are reopened using invasive methods. Later, it’s fantastic to see patients walk out of the hospital on their own feet after recovering. It happens quite often; for the patients, it’s almost like rebirth.”

His civic activities include participation in a list of candidates for the direct Legislative Assembly elections in 2009. He founded both the Macao-Cabo Verde Friendship Association and the Macanese Association – serving as president and vice-president respectively – a clear affirmation of his dual Cabo Verdean and Macanese heritage.

Mário, now 63 years old, believes he still has a lot of “heart to go” and says he hopes to continue contributing to this land where he was born.

In early November 2022, Mário Évora was appointed President of the Association of Doctors from the Portuguese-speaking Countries.