The secrets of the family have helped make Manuela Ferreira a key figure on the Macao culinary scene. 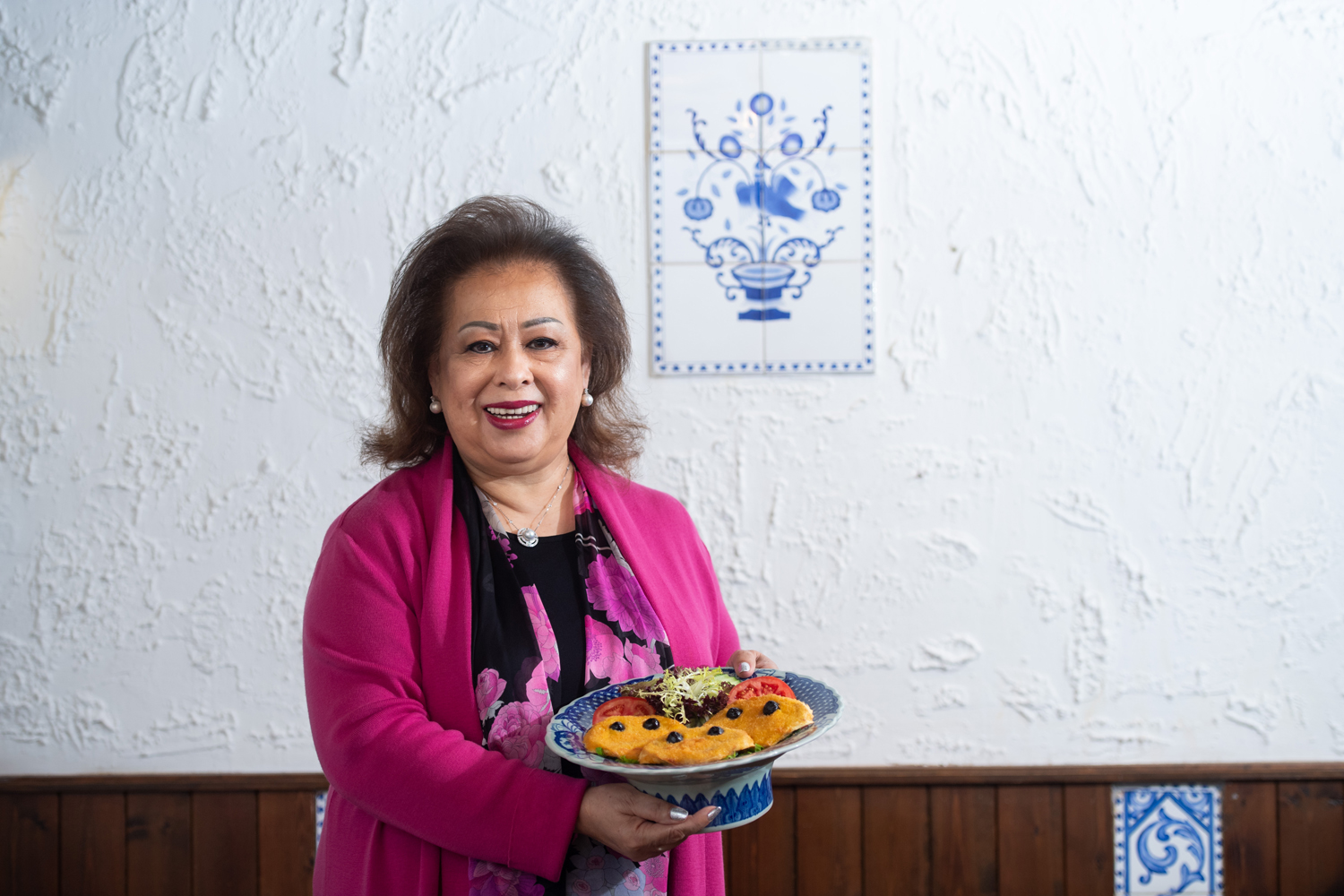 Cooking was in her blood. The secrets of the family, with more than four centuries of history in Macao, have helped make Manuela Sales da Silva Ferreira a key figure on the Macao culinary scene. Her success in the kitchen first attracted attention at home, then steadily gained public repute and eventually official recognition in the MSAR.

She began at the Hotel Lisboa in 1971, in the kitchens of what is still one of the city’s most emblematic hotels. “Then I decided to leave. I was young, 22 years old,” she states. In 1975 she joined the civil service, working for two decades in the Social Action Institute, which she left before Portuguese administration ended. In 1995 she resumed her professional relationship with cooking, which has endured to this day.

“Several friends began asking me what I was going to do. I was only 40 years old and couldn’t just stay at home. They urged me invest in the culinary area. One of my Chinese friends suggested that I open a restaurant, because he adored the food I made,” she recounts. The timing was perfect. At the time there were no Macanese restaurants and Macao was preparing for the tourism boom that came with the transition. “I didn’t want Macanese cooking to die and wanted people to get to know it. I thought of the tourists who would come, people from the mainland.”

She opened the first restaurant in the Inner Harbour area, where there was small cove with unobstructed views. “That’s why it’s called Litoral. But it’s not like that any more; now there are buildings and you can’t seen anything in front.” Things got off to a very good start. At first it could seat 80 diners and was always full. Then it expanded, to seat 150 and eventually 280. Today, Manuela Sales da Silva Ferreira says she hosts an average of 180 customers per day just at the original Litoral on the Macau Peninsula.

In 2002 her devotion to the culinary arts was distinguished when the then Chief Executive, Edmund Ho Hau Wah, awarded her the Medal of Tourism Merit. “So I gained even more strength to continue,” she proudly recalls.

The business eventually expanded to Taipa, where she opened another restaurant, also specialising in Macanese cooking. “I always make a point to say it’s not Portuguese food, like many people say; it’s Macanese food, which is different,” she stresses.

The baked crabmeat is her dish of choice, in the kitchen and at the table, though she names others she considers essential to Macanese cooking. Among the most sought-after are the inevitable minchi minced meat, bafassá saffron pork and African chicken. “The sauce takes two hours to prepare. I make it at least four times a week in a big pot to meet the demand,” says Manuela, after listing some of the savoury ingredients that are mixed to make it one of the unique specialties of Macanese cooking: “piri-pirichili sauce, coconut, garlic, tomato and curry paste. But it’s light on the palate, not spicy hot.”

Life beyond the kitchen

Manuela inherited the talent of her grandmother Carmen Eugénia Sales da Silva, who despite being the owner had the habit of intervening in the kitchen of the Pousada Hotel, at the time right by the Government Palace. She was the one who taught the chef Américo Ângelo, an expert in Macanese cooking, who later taught Manuela Ferreira at the Hotel Lisboa when she started working in 1975. Her mother also helped hone her skills, teaching her the finer points of longtime family recipes. “When I opened the restaurant, my grandmother had already passed away and my father was the one who would tell me what was right and what wasn’t, so I improved. My family, the Sales da Silva, have been in Macao for more than 400 years. My aunts also helped with the family recipes.”

But the life of Manuela Sales da Silva Ferreira is not only dedicated to business. She was born in Macao in 1953 and grew up in the city, studying at the Portuguese School, a background that also led to her involvement in other projects. “I’m also a volunteer at Obra das Mães, a maternal charity organisation, where I’ve been for 19 years,” she states. She began when it was led by the wife of the governor during the Portuguese administration.

“They insisted on having Macanese women on the board and I was one of the ones chosen. I can say that nowadays I devote more time to that institution than to the restaurants,” says Manuela, who is now the organisation’s vice-president.

Amid so many activities, she also finds time to spend with her three children and five grandchildren. And it seems that her legacy has a future. “Two of my children head the restaurants. They’re learning. I want someone from the family to be in charge of the business.”