Effervescent nitrogen-infused martinis and Macao-exclusive English draughts make Three Bottles at The Conservatory a top contender for your next night out.

Ever heard of nitro drinks? As the name suggests, an infusion of nitrogen creates a velvety smooth drink capped with a thick, foamy top that feels creamy on the palate. The cocktail trend has been percolating around the world for a couple of years and has finally bubbled up in Macao at Three Bottles, one of three concepts within The Conservatory at the Sheraton Grand Macao.

Chances are you have encountered nitro drinks before without realising it. After all, Guinness, the ubiquitous Irish stout, famously adds nitrogen right before the beer’s kegged to create its iconic foam head and silky texture.

Why nitrogen? Carbon dioxide, or CO2, has long been the go-to gas for carbonating beverages, because it easily dissolves in water (resulting in larger, more plentiful bubbles) and it imparts an acidic bite that many people enjoy. Whereas, nitrogen will create a more subtle fizz but a smoother, slightly sweeter flavour and a creamy mouth-feel.

To see what all the fuss is about, check out the menu at Three Bottles. Among the libations, the espresso baijiu martini will provide an enticing introduction to nitrogen-infused cocktails. Despite the potent ingredients, the tipple goes down smoothly and easily.

“When nitrogen is used, it creates smaller bubbles which makes the drink more velvety and the flavour will come out a lot stronger,” said Vanessa Yang, restaurant manager of The Conservatory. 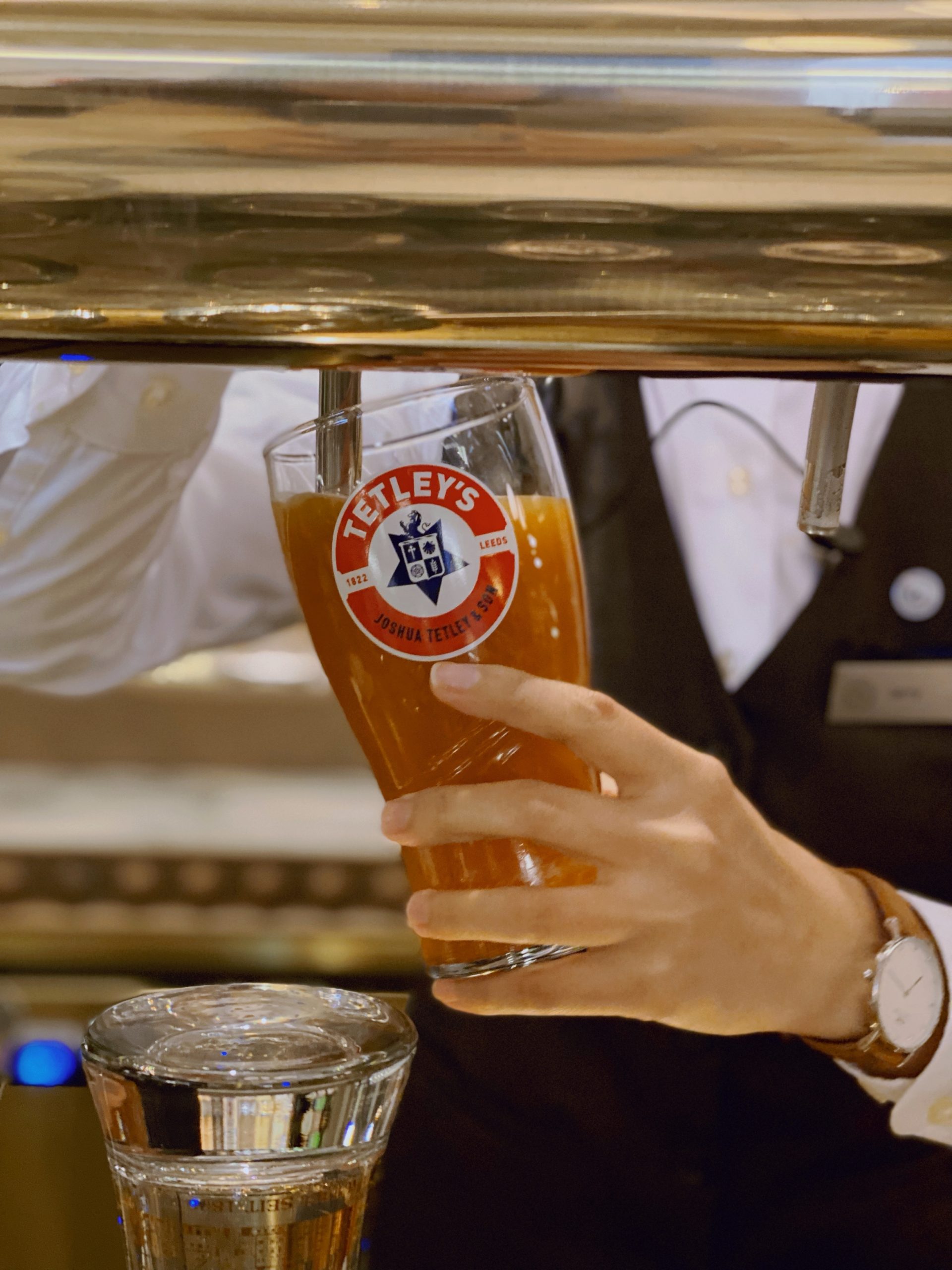 The team at Three Bottles has also applied the technique to non-alcoholic drinks, such as nitro brew coffees, kombuchas, and teas, which are all served on tap. The effects of nitrogen are particularly noticeable in coffee and kombucha. In the former, the gas softens the bitterness of the coffee, while the latter sees a gentler fizz than conventional kombucha.

“A lot of people who may not necessarily be coffee drinkers or lovers prefer the nitrogen version because it adds a little bit of sweetness to [the drink]. Our nitro brew has no sugar in it at all. It’s really just coffee and people like that it doesn’t have that strong bitterness,” says Yang.

With experimentation in its DNA, Three Bottles switches up its offerings frequently by trying out different coffee beans, tea leaves, kombucha flavours, crafting new cocktails and trying out new techniques, so there’s always something new for guests to try.

As part of its philosophy, The Conservatory also celebrates local purveyors whenever possible. For instance, the bar uses coffee beans from Macao roaster Blooom for its cold brews and single-origin pour overs, while the kombucha is supplied by Bombooch Kombucha.

“We really wanted to work with local brands to support the community. It’s also another way of showcasing what Macao has to offer,” said Vanessa Estorninho, a Public Relations representative from Sheraton Grand Macao.

Sharing exclusive experiences is another ingredient in the bar’s winning recipe. For example, Three Bottles is the only bar in Macao where you can find British beers like Shepherd Neame Spitfire and Tetley’s English Ale on tap. It also serves up hard-to-find British gins, including Silent Pool and Cotswolds Old Tom, which the skilled mixologists use to make “G&Teas”– the bar’s take on the classic cocktail, swapping tonic for tea.

“Our G&Tea cocktail is full of subtle flavours and celebrates so much about England,” says Three Bottles bartender Spike Ran. “Enjoy it with some scones and some of our favourite small bites at The Conservatory.” Infused with a range of teas, such as French Earl Grey or Eternal Summer Tea, the cocktails range from rich and smooth to refreshing and light. 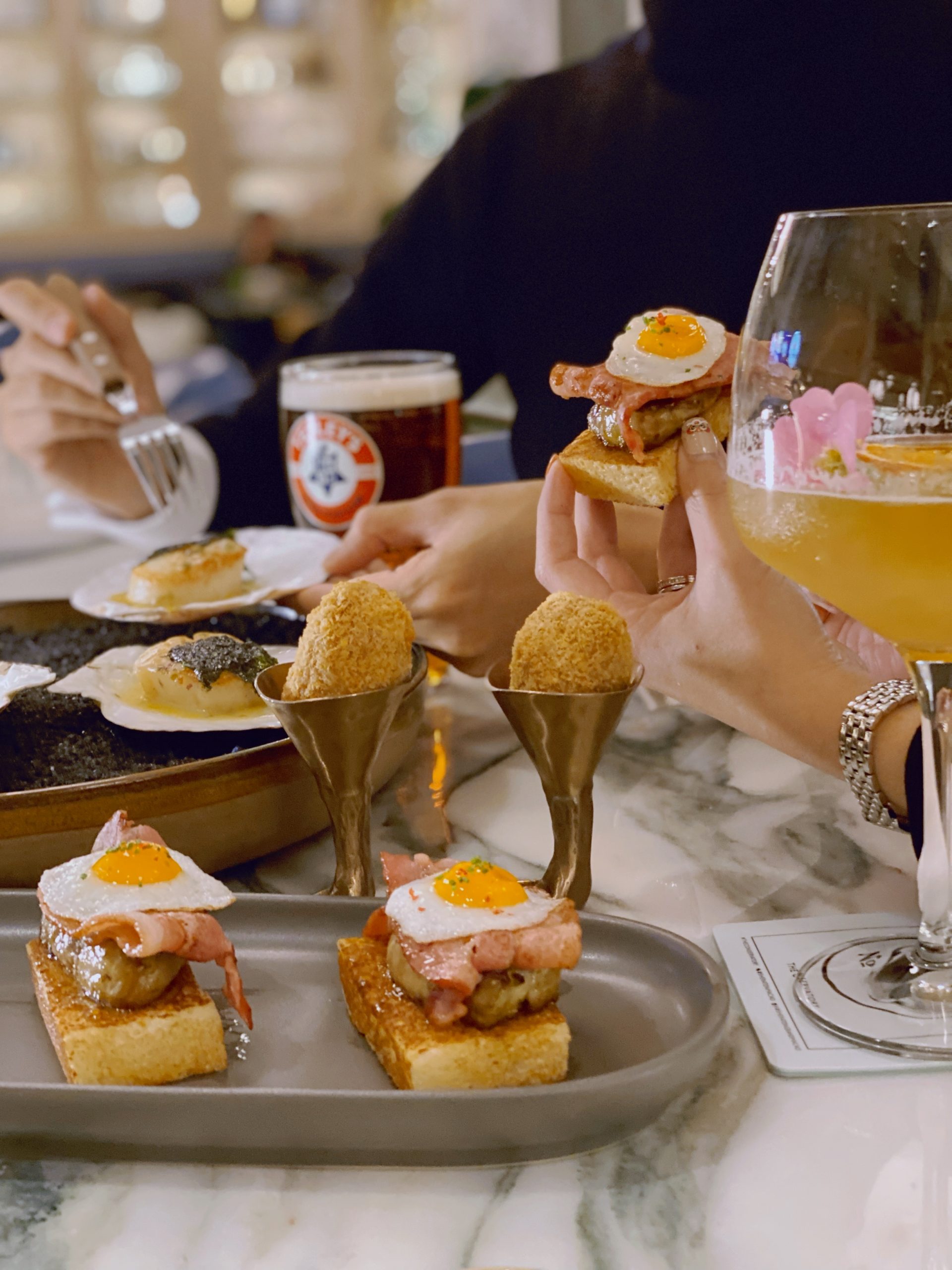 And what’s a night out without a few bites? Three Bottles takes bar snacks to the next level with an array of elevated selections, from seared foie gras toast drizzled with maple mustard dressing to British staples like Scotch quail eggs and beef cheek pies. Unlike many other bars in Macao, Three Bottles keeps its bar food service open until 3 am, so you can sate late-night cravings until the wee hours.

On your next night out, head to Three Bottles to sample nitrogen-infused drinks but stay for the elevated pub grub, locally sourced ingredients and exclusive English brews.

Treat your tastebuds to something special this weekend and head to Three Bottles at The Conservatory.  To make a reservation call +853 8113 1200 or email diningreservations.macao@sheraton.com.

We’ve also partnered with Sheraton Grand Macao on an exclusive drinks and bites giveaway for Macao News readers. Check out our Instagram page to find out more!