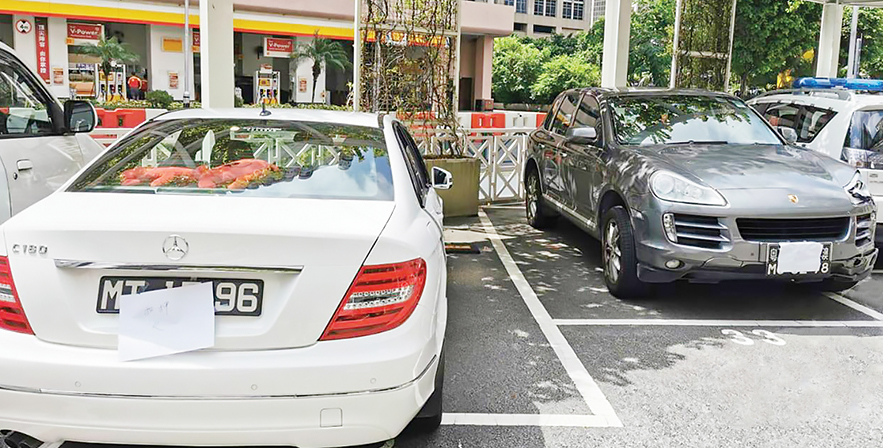 The 27-year-old local suspect surnamed Wong told the police that he is a university student.

According to the PSP spokesman, the victim, who is in her thirties, called the police on Sunday at around 11:30 pm about an incident involving the two cars in Avenida Comercial de Macau.

PSP officers arrived at the scene and discovered that Wong reeked of alcohol and therefore gave him a breathalyser test. The result of the test showed that his alcohol concentration was 1.33 grammes of alcohol per litre of blood.

The PSP spokesman said the victim told the police that Wong twice crashed his car into hers when she was driving near the Lake View Tower residential building, after which Wong got out of his car and got into her car where he attacked her. According to a photograph released by local media on Wednesday, Wong drove a Porsche, while the victim was behind the wheel of a Mercedes Benz.

PSP officers arrested Wong at the scene of the crime and transferred the case to the Judiciary Police (PJ) for follow-up.

According to the PJ spokesman, CCTV footage from near the scene shows that Wong twice crashed his car into the victim’s, damaging a door and a window of her car. The footage also shows that Wong got into his ex-girlfriend’s car where he attacked her.

Under questioning, Wong admitted that the victim is his ex-girlfriend. He told the police that he was in a bad mood and after drinking that night, he drove to Avenida Comercial de Macau where he saw his ex-girlfriend driving her car and he decided to crash his car into hers. He also admitted that he attacked the victim with a key to vent his anger, the PJ spokesman said.

The victim sustained injuries and was rushed to hospital, the PJ spokesman said, adding that the medical report was still pending at the time of the press conference.  He also said that the victim’s vehicle required repairs costing about MOP 170,000.

Wong was transferred to the Public Prosecutions Office (MP) on Tuesday, facing charges of DUI, dangerous driving, causing property damage through violent means, and causing grievous bodily harm, according to the PSP and PJ spokesmen.