A financial manager was arrested on Monday for buying illegal weapons from the mainland and selling them to local buyers. A financial manager was arrested on Monday for buying illegal weapons from the mainland and selling them to local buyers, Judiciary Police (PJ) spokesman Choi Ian Fai said at a special press conference on Tuesday.

The 34-year-old local suspect surnamed Leong told the police that he works as a manager in a finance company.

According to Choi, the Judiciary Police found a crossbow, which is a prohibited weapon in Macao, in the home of a suspect surnamed Cheang earlier this year. Cheang, 24, was arrested for allegedly raping, coercing and threatening his girlfriend in July. He was a local university student at the time of his arrest.

Cheang told the police that he bought the weapon from a local company through a social media website. PJ officers later confirmed that Leong is the owner of the company and intercepted him on Monday. The officers seized a large number of prohibited weapons from his home in Taipa, including five crossbows, nine bows, two sabres, a sword, a stun gun, a telescopic baton, and 246 arrows of different lengths. 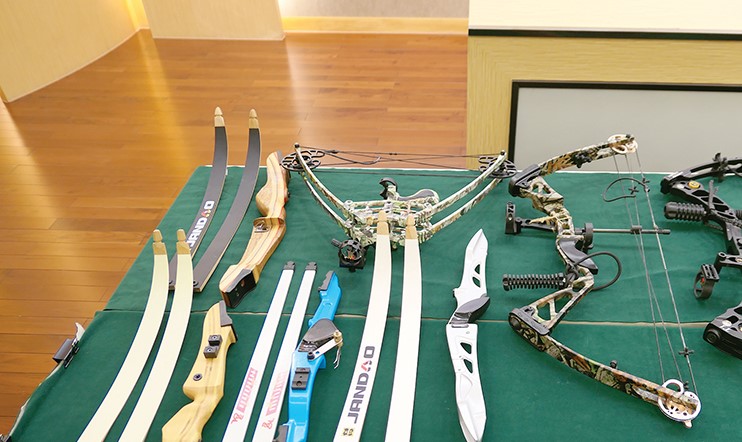 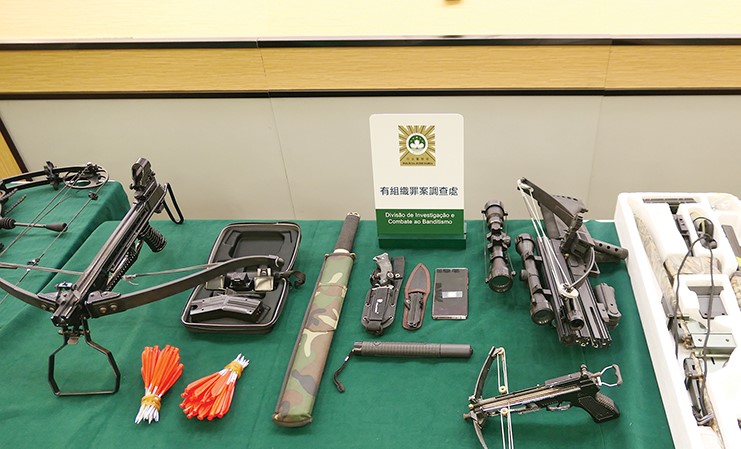 Under questioning, Leong admitted to being the owner of the weapons. However, he refused to disclose any information about who sold him the weapons and how many weapons were smuggled to Macao.

Choi said the police believe that Leong had been purchasing the weapons from a mainland website and smuggling them to Macao through logistics companies since 2016. He then resold the weapons to local buyers through a social media app for profit, according to Choi.

Choi said that the officers were continuing their investigation into the case to search for more buyers. He urged residents not to collect and sell prohibited weapons, otherwise, they could be sentenced to between two to eight years behind bars, according to Article 262 of the Macao Penal Code.

Leong was taken to the Public Prosecutions Office (MP) on Tuesday for further questioning along with the prohibited weapons for follow-up investigations. Leong faces charges of buying, importing, keeping and selling illegal weapons, based on Article 262, according to Choi.