Fourteen people were caught on Tuesday for their alleged involvement in a parallel trading racket run by two shops in the Barrier Gate area where law enforcement officers seized more than 1,500 goods such as food, alcohol, medicine, beauty and cosmetic products worth about MOP 3.12 million. 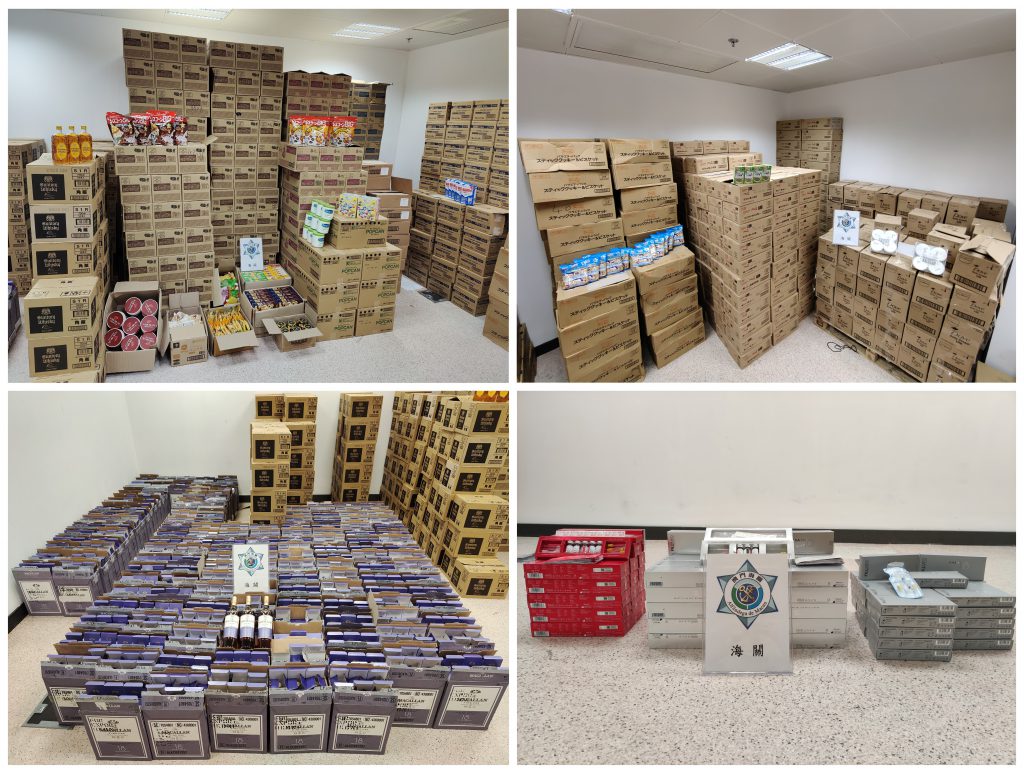 Fourteen people were caught on Tuesday for their alleged involvement in a parallel trading racket run by two shops in the Barrier Gate area where law enforcement officers seized more than 1,500 goods such as food, alcohol, medicine, beauty and cosmetic products worth about MOP 3.12 million (US$392,000), the Macao Customs Service said in a statement on Wednesday.

According to the statement, the Macao Customs Service has been monitoring shops suspected of involvement in parallel trading activities, and based on their continuous exchange of intelligence with the Public Security Police (PSP), the Macao Customs Service identified a mall in Estrada dos Cavaleiros near the Barrier Gate as a suspected venue used for storing parallel-trading goods.

The statement said that the Customs Service and the Public Security Police took joint action on Tuesday afternoon when they discovered that a large number of people had gathered in the mall. Many shops had stocked large quantities of goods such as food, beverages, spirits, medicine, personal care, and beauty products. The Customs Service and PSP officers inspected each of the shops in the mall. They discovered two shops suspected of violating the External Trade Law.

The officers confirmed that some goods in one of the shops did not have the required customs declaration documents, while the other shop was suspected of involvement in illegally hiring people to carry small quantities of goods each time from Macao to Zhuhai to evade the two adjacent cities’ customs checks. In Chinese smuggling jargon, this kind of activity is known as “ants moving home” tactics. Parallel traders are known as “water goods travellers” (“seui haak” in Cantonese).

The statement said that customs officers apprehended the two shop managers, the operator of the mall, an employee of the shop and 10 suspected parallel traders in the operation. The offenders face a fine of up to MOP 100,000 each for breaching the External Trade Law. All the products have been impounded by the government.

The statement also said that one shop manager is suspected of involvement in illegal immigration and would be transferred to the Public Prosecutions Office (MP).

In addition, the 10 suspected parallel traders, whose genders were not revealed, are also suspected of breach of non-resident worker regulations so they will also be referred to the Labour Affairs Bureau (DSAL) for follow-up, the statement said.

The Customs Service will further investigate the case to see whether more people are involved.

The Customs Service urged residents and non-resident workers not to engage in parallel trading activities as it put further burden on the authorities’ COVID-19 prevention measures.