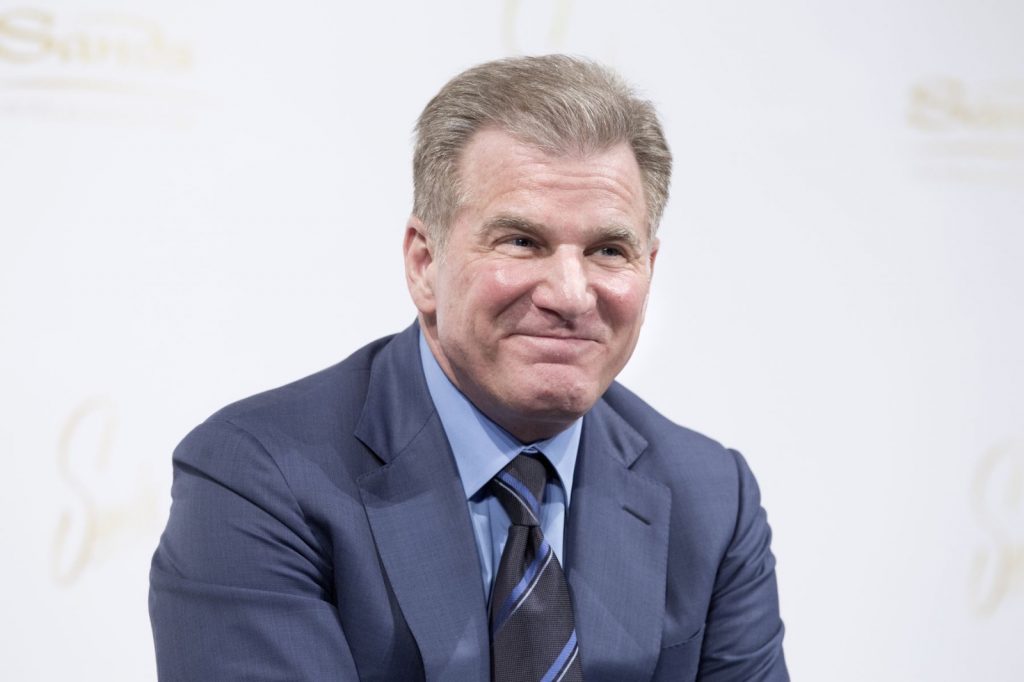 The appointments were triggered by the death of Adelson, 87, earlier this month from complications of cancer. Adelson earlier took leave from his posts atop the company for treatment.

The company remains firmly in the hands of its founding family, with Miriam Adelson, Sheldon’s widow, controlling the bulk of the family’s 57% stake in the company. Dumont, who has been with the company since 2010, is her son-in-law. Goldstein joined the company in 1995, while Hyzak came aboard in 2016 as chief accounting officer.

Like other casino operators, Sands has been hobbled by the global coronavirus pandemic. It’s expected to report a 63% drop in revenue for the fourth quarter when results are announced tomorrow after markets close.
The company’s resorts around the world closed for several weeks last year due to the coronavirus, and – even with customers starting to come back — business at casinos in Las Vegas, Singapore and Macao remain well below pre-pandemic levels.

Goldstein has been talking to potential partners about a role for Sands in sports betting, either by licensing its brands or building its own online platform.

Adelson had been a staunch opponent of online betting on moral grounds, believing it fostered problem gambling.