Meet the woman heading up one of Macao’s most authentically Thai kitchens, Bualong Izidro of Chiang Rai Kam Ok. 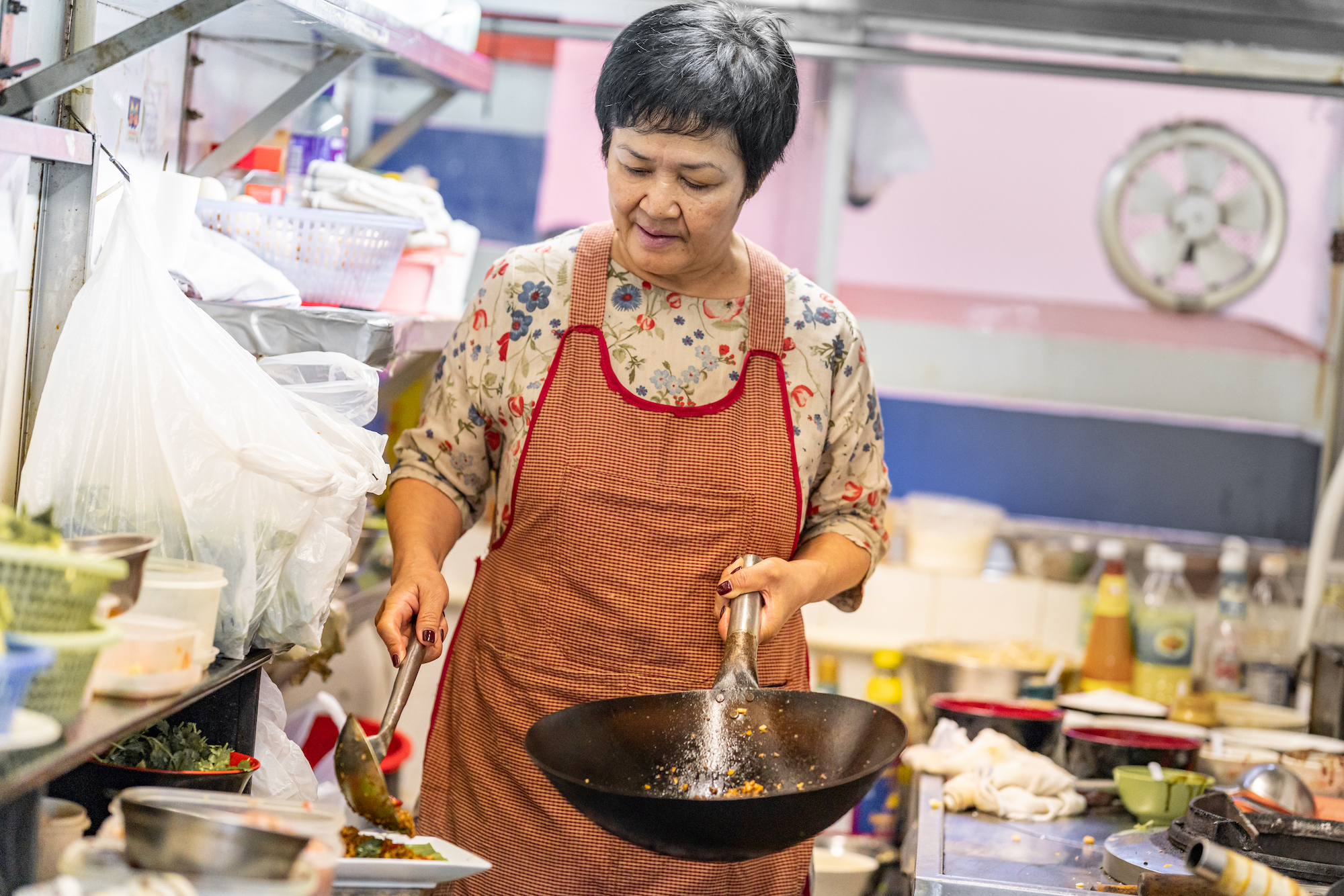 Bualong Izidro – or Tuk, as she is known socially – opened Chiang Rai Kam Ok Thai Restaurant 35 years ago, making it one of the oldest and most beloved Thai restaurants in the city.

Originally from a small rural village, Izidro has always understood the value of hard work, compassion, and most importantly, dreaming big. As part of our “Know Your Chef” series, we learn all about her modest roots in northern Thailand, the personal journey that brought her into the culinary world, and why she hopes no one will ever describe her restaurant as “fancy.”

The early days: Born in the tiny village of Ban Rond, 140 kilometres outside the city of Chiang Rai in northern Thailand, Izidro was hands-on from an early age when it came to food. Her parents came from a long line of farmers, skilled at raising crops like lemongrass, pineapple, dragonfruit, longan and lettuce. During her class breaks at the small local school she attended, she would often leave to find her parents and help them with their work in the fields.

“My main task was to plant rice and check on it every day,” she recalls with a smile.

Izidro continued her education until the ninth grade, when she left school to continue helping her parents. Resources were scarce, she explains – only one house on her entire street had electricity – and the extra hands were needed to make ends meet.

“It was more important to help out my family than go to school, because we lived in such a poor place,” she says.

Her first job: When she was around 15 years old, Izidro moved to Bangkok with her best friend from the same village in search of higher-earning jobs that could support their families back home. Using savings scraped together from their family and close friends, the two girls were able to open a small beauty salon, which they named Bangkok Salon. They ran the business together for four years, eventually closing the salon when Izidro’s friend married a man from Macao and relocated there to be with him.

Following the closure, she moved back to her village for two years, again working the fields with her family until one day, opportunity called. Her friend and former business partner telephoned her from Macao, inviting Izidro to travel there and restart their salon business. Still in her early twenties and ready for an adventure, she jumped at the chance to move abroad. This time, however, the salon would only stay open for two years.

“I became bored of washing hair and doing manicures or pedicures. It just wasn’t what I wanted to do for the rest of my life,” she sighs.

The turning point: As a little girl, Izidro says she was always inspired by her mother’s cooking, watching her closely in their small kitchen at home. After the salon’s second closure, it was finally time to pursue her interest in the culinary arts.

In 1986, Izidro opened Chiang Rai Kam Ok, naming it after the city she grew up outside of. She flew six of her relatives over from Thailand to Macao to work in the kitchen with her, wanting her dishes to taste as authentically Thai as possible.

Chiang Rai Kam Ok was successful and an undisputed hit with Macao diners, receiving various F&B accolades for classic Thai cuisine. After eight years in business, however, Izidro decided to close the restaurant while she was pregnant with her daughter. It was time for a break, she reasoned. But to her surprise, it wasn’t very long before she found herself missing the fast-paced atmosphere of a restaurant.

“I realised that cooking was a deep passion of mine, and I felt empty on the inside if I wasn’t doing it.”

A new beginning: After a four-year break, it was time to get back in the kitchen. She decided to reopen her restaurant under the same name, this time in its current location on Rua do Regedor in Taipa Village. She resumed operations in 1998, and even hired some of the children of her relatives who had worked at the first restaurant. It wasn’t long before the tables were full again, as loyal customers flocked to the re-opened Chiang Rai Kam Ok.

Despite its continuing popularity as one of Macao’s most authentic Thai eateries, Izidro says she isn’t planning on changing much when it comes to her humble, down-home approach to cooking and entertaining. The goal, she says, is to create a comfortable, down-to-earth experience that feels like you’re eating with family.

“We want to keep it old-school and focus on good, homemade Thai food. Because if you’ve ever visited Thailand, you’ll know that the best restaurants are never the fanciest-looking ones!”

Using the money she has saved over the years, Izidro is now able to fully support her family back home, and has even helped to refurbish and expand the school that she once attended. The restaurateur also helped fund the extensive renovations of a local temple in her village, which took just over a decade to complete.

“Life is not just about earning money,” she says of her choice to share her earnings. “It’s about sharing your happiness and helping others. You can create comfort for yourself in life and still help others at the same time.”

Biggest challenge: The hardest job she’s ever had? Being a parent to her two children, Jeanete Da Amada Izidro, 24, and Pedro Dinis Da Amada Izidro, 23. Izidro says they both help out at the restaurant in their spare time, and she hopes they’ll take over the business one day.

“All I ever wanted was to support my kids in whatever way they needed, and find new ways to make life better for us all.”

Most meaningful culinary memory: “Every time I cook – it doesn’t matter whether it’s for my family, friends or customers – it’s meaningful for me,” laughs Izidro. “If I cook fried noodles for you today and you enjoy it, I’ll never forget that you liked that certain dish. It’s simple things like this that make me happiest.”

Her mentor: Izidro says that her mother has had the biggest influence on her life, teaching her important lessons both in and out of the kitchen.

“She taught me loyalty, and to never look down on anyone,” says Izidro. “She told me, ‘Do not have a mindset of thinking you’re better than any other person.”

Parting advice: “Always look on the bright side, no matter what position you find yourself in. And don’t hold on to grudges, because the most important thing in life is to just be happy.”