Macao is the fifth-largest importer of shark fin in the world. We talk to conservationists to understand what’s driving demand – and why it needs to change. A week before Chinese New Year, I walked through Rua de Cinco de Outubro, a major district for buying dried seafood. Piles of light grey and brown dried shark fin seemed to spill out of the front of each shop, a reflection of the exceptionally high demand in Macao.

According to a shop owner, peak season for shark fin sales usually takes place the month before Chinese New Year when families and companies host spring dinners. Typically, the ingredient is served as a soup or as a steamed or stir-fried main dish.

“We usually import raw shark fin, then clean and skin them before selling them to local restaurants,” says the shopkeeper, who asked to remain anonymous. “This is our traditional business and our main source of income.” For the past decade, such vendors have seen strong, steady demand thanks to the city’s prosperous food and beverage scene and a continuous influx of mainland Chinese tourists pre-Covid-19.

According to “The State of Wildlife Trade in Macau”, a 2019 report released by wildlife trade monitoring network Traffic, Macao imported an average of 100 tonnes of shark fin (valued at US$97 million) each year between 2012 and 2017, making it the fifth-largest importer of shark fin in the world by quantity and third globally by value. The report also mentioned that Indonesia, mainland China and Spain are the major sources for Macao’s dried shark fin imports. 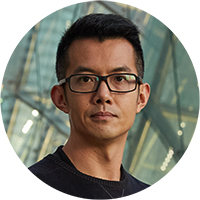 Around the world, fishermen kill 100 million sharks globally to produce roughly 17,000 tonnes of shark fin annually. Conservationists like Joe Chan, vice-chairman of local environmental NGO Green Future, believe that Macao should make concrete efforts to protect the animals and the delicate marine ecosystem. “While the government needs to change the laws, people also need to change their dining habits,” he says. “If the buying stops, the killing can too.”

He warns that if shark fin consumption continues at current rates, most shark species will go extinct in 30 years. “This could be disastrous because we need sharks – they’re an apex predator that maintains the balance of the marine ecosystem by controlling the species below them in the food chain,” he stresses.

For centuries, shark fin dishes have been a status symbol in China and many other Asian countries, such as Singapore and Vietnam. In Macao, the price of shark fin dishes range from MOP 50 to over MOP 2,000 per serving, depending on the quality and quantity. However, shark fin itself is virtually tasteless – for example, the flavour of shark fin soup relies heavily on chicken stock, ham and a generous pour of Chinese red vinegar.

But the high demand for shark fin isn’t driven by flavour. According to traditional Chinese beliefs, it’s a status symbol and a sign of respect because it represents a victory against powerful sharks. Many people believe that serving shark fin at a wedding, anniversary, or spring dinner celebration is also a way to honour guests. In fact, many scholars believe Emperor Taizu from the Song Dynasty (960-1279 AD) invented the dish to show off his power and wealth.

Traditional Chinese Medicine – which claims that shark fin can cure cancer, enhance blood circulation and aid rejuvenation – also fuels demand. However, modern science challenges this belief. Shark fins are mainly composed of cartilage (a type of connective tissue found in the skeletal systems of many animals) and have no proven medical value.

Despite this, the appetite for shark fin has not waned. Instead, it has caused a catastrophic decline of the species. Once abundant, global shark and ray populations have plummeted by 71 per cent since 1970 mainly due to overfishing. Of 482 shark species in the world, 79 face extinction including the great hammerhead, according to data released by the International Union for Conservation of Nature (IUCN) in 2019. Moreover, the practice of shark finning has also been condemned by conservationists as cruel and wasteful: Since shark meat is nowhere near as valuable as the fins, fishermen often dump de-finned sharks back into the sea. Unable to swim without their fins, the injured sharks then sink deeper into the ocean, suffocate and bleed to death.

Setting aside environmental and moral concerns, researchers have found evidence that consuming shark fins poses potential health risks. For instance, a 2020 report conducted in Hong Kong found that shark fin samples randomly collected from 10 shops in the city contained levels of toxic mercury  – on average, the fins contained six to 10 times more mercury than government limits. According to Chan, the risk could be similar in Macao since the two cities share many of the same shark fin suppliers.

In Macao, Chan and his NGO ran various public awareness campaigns between 2013 and 2015 to educate society about the environmental and health risks of eating shark fin. The campaigns prompted the government to remove shark fin dishes from menus and functions, while also persuading many local restaurants to offer shark-free banquet menus. However, many restaurant owners have told Chan that it’s impossible to completely remove shark fin from their menu due to demand.

“People are aware of the problems associated with shark fin soup, but they always think, ‘It’s okay, we only eat shark fins once in a while at banquets.’ Even if you tell them that shark fins are poisonous, they will still tell you, ‘Many foods are poisonous,’” says Chan.

As of 2021, only two out of six gaming operators in Macao – Sands China and Melco Resorts & Entertainment  – have pledged to remove shark fin dishes from the restaurants they own and operate. Macao News reached out to several other gaming operators for comment but received no reply.

Since 1986, Macao has followed the Convention on International Trade in Endangered Species of Wild Fauna and Flora (CITES) framework when it comes to wildlife trade. As of February 2021, 12 out of more than 400 species of sharks found in the world are listed in CITES Appendix II, which mandates that the trade of these species be subject to “licensing control” to prevent extinction.

In 2017, the Macao government replaced Decree Law 45/86/M with Law 2/2017 to meet the requirements of CITES. Major improvements include increasing maximum penalties for contraventions involving Appendix I species – the most vulnerable animals, such as Siberian Tiger and African elephants – from MOP 500 to MOP 500,000. The law also increases the maximum penalty involving Appendix II and Appendix III species from MOP 2,500 to MOP 100,000.

However, identifying which species are being sold in Macao would require a comprehensive system of identification, tracking and investigations. When it comes to the import of shark fin, the government seemingly fails to properly and adequately implement oversight and control, says Andrea Richey, executive director of the Hong Kong Shark Foundation.

Richey believes that the government should explore strengthening their investigative efforts and collaborations. “The current laws sadly only allow the authorities to catch the little fish — that is, the mules involved at the bottom of the food chain. What we really want to do is catch the kingpins who are the big fish behind these organised crimes.”

This requires implementing laws that would allow and encourage greater international cooperation and investigations of shippers and traders worldwide, she continues, to determine whether they are involved in organised importing and trading of endangered species.

Looking to the future, Richey also stresses that the city would see better results if both the Macao and Hong Kong governments worked together to stop this wildlife trade since they share some international shark fin suppliers.

Echoing Richey’s concerns, Chan believes that a total ban on the consumption of all shark species would be the “most effective approach” – a simple solution to a complicated problem. However, he doubts whether Macao’s authorities have the will to make such a proactive effort. “This is not their priority and they also don’t want to upset the dry seafood industry, which considers shark fins as a major source of income,” explains Chan.

Chan pins his hopes on the mainland Chinese government. According to government figures and private surveys, the consumption of shark fin in China has fallen by about 80 per cent since 2011, after a celebrity-driven public awareness campaign and a government crackdown on extravagant banquets.

“China is known for its quick and aggressive measure in tackling environmental issues,” Chan explains, referencing the country’s sweeping ban on the imports of all solid waste in 2012. “If China can implement a law to ban the consumption of shark fins within the next five years or 10 years, the shark species will definitely bounce back.”

While awaiting legislative reforms, conservationists expect younger people, namely Generation Z, to phase out this traditional dish. “Young people have greater awareness of environmental protection and face less pressure from their families [to follow dining traditions],” says Chan. “I believe that we will see substantial changes in our dining culture in 10 years.”

His prediction aligns with observations from the industry’s insiders. The head chef with whom Macao News spoke believes that shark fin soup has started to lose popularity among young people in recent years. As the chef observes: five out of 10 banquets hosted by local people serve shark fin soup, but younger customers usually opt for shark-free double-boiled soup such as chicken soup with Cordyceps flowers.

Aside from rejecting shark fin dishes during banquets, Richey believes that everybody can be a “hero for sharks”, simply by spreading the message. She refers to a friend’s wedding banquet in Hong Kong as an example: Not only did the couple choose not to shark fin soup, but they also left a note on each table that explained the reasons behind their shark-fin-free choice.

“We need to change people’s behaviours so that they can make smart choices,” says Richey. “But this needs to happen quickly, because the shark species may not be able to wait too long.”