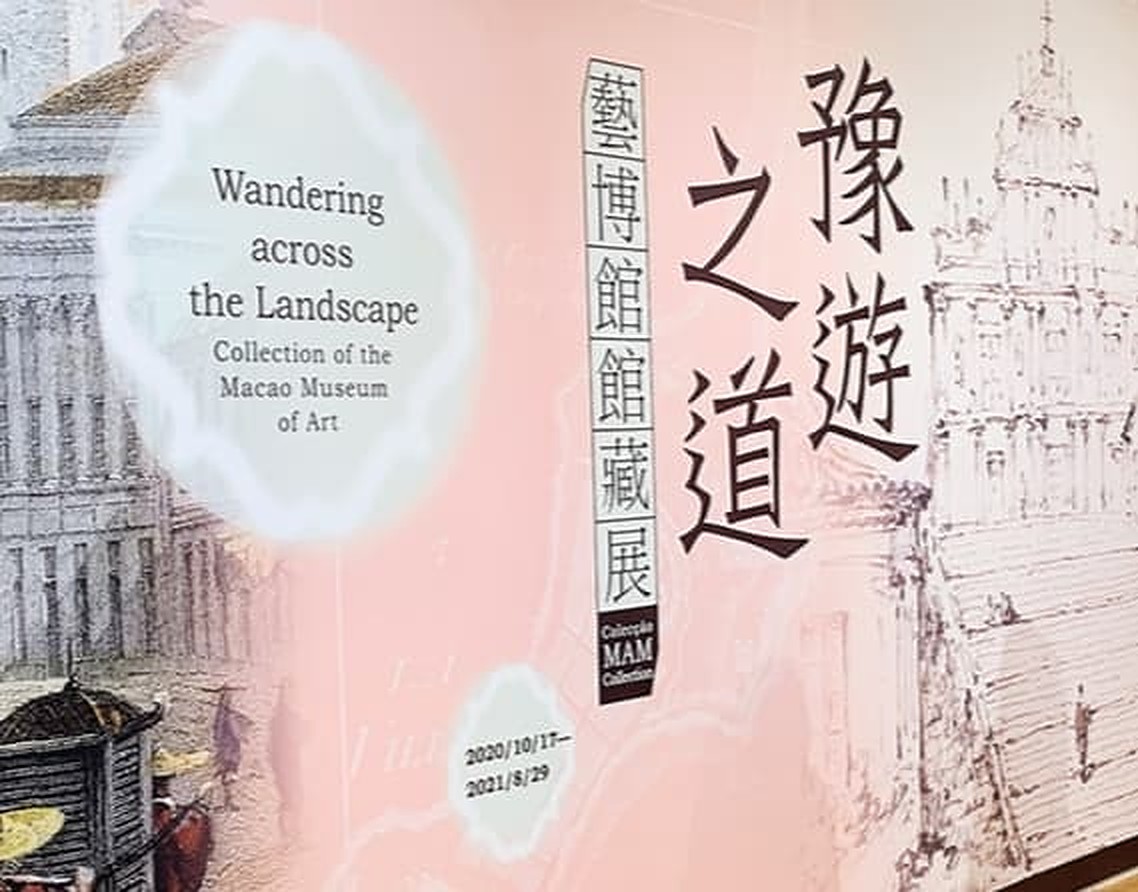 Despite its title, the exhibition also includes a number of Macao-themed installations.

Ng Fong Chao, curator of the exhibition who gave a guided tour to reporters last week, noted that the exhibition comprises three sections – Topographical Images: Prints from the 17th to the 19th Centuries; Chinnery’s Shadow: The Artist, His Companions and Students; and Traces of Modern Art: Works from the 20th to the 21st Centuries.

Ng pointed out that the Chinese title of the exhibition includes the words “yu you”, which means “pleasant travel” (through Macao’s historical landscape).

Ng said that the exhibition’s topographical images are quick and accurate records of information such as topography, geography, hydrology, streetscapes and architecture by painters, draughtsmen, cartographers, diplomats and travelling artists from the West. The topographical images of Macao were produced in various forms including sketches, drawings, watercolours, and oil paintings.

The Chinnery’s Shadow section is focused on the British painter, born in 1774, who grew up in the golden era of watercolour in the United Kingdom, Ng noted.

George Chinnery lived in India for 23 years and moved to Macao in 1825 where he passed away in 1852. Chinnery’s Macao-themed paintings symbolise the introduction of British art to Southern China in the 19th century and his influence is still present and evident today, according to Ng.

Ng said that the section also features works by Thomas Watson, William Prinsep and Auguste Borget, all of whom sojourned in Macao. They were all Chinnery’s apprentices and friends in Macao, where they were greatly inspired by the local ambience and landscape, he said.

The exhibition in the museum at the Macao Cultural Centre runs until the end of next August. It opens daily from 10 am to 7 pm (no admission after 6:30 pm). It is closed on Mondays but open on public holidays. Admission is free.