United Association of Food and Beverages Chairman Andrew Chan Chak Mo told reporters on Tuesday that due to the novel coronavirus pandemic the number of booths at this year’s Macao Food Festival will be reduced to around 100 to 110 from previous years’ 150 to 160. 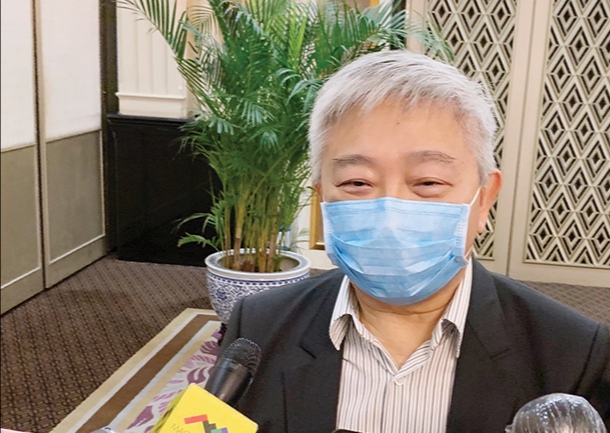 United Association of Food and Beverages (UAFBMM) Chairman Andrew Chan Chak Mo told reporters on Tuesday that due to the novel coronavirus pandemic the number of booths at this year’s Macau Food Festival will be reduced to around 100 to 110 from previous years’ 150 to 160.

Chan made the remarks on the sidelines of a meeting for the press and restaurant owners about the 20th Macau Food Festival at the Plaza Restaurant.

Chan also said that this time more restaurateurs signed up for Tuesday’s meeting, adding this could be due to the fact that there have been fewer tourists this year and the restaurant owners want locals to become more familiar with their eateries through the upcoming festival. He also pointed out that all the booths will be run by local restaurants.

Chan said that this year’s event will be held around the same time as the Macau Grand Prix, from 13 to 29 November at Macau Tower. He also said the organisers would ensure that each table will be at least a metre apart and limited to four people per table.

According to Chan, this year’s festival will not provide any financial support for attending restaurants owners. He added that in order to lower the budget further, the organisers will also cancel the opening ceremony.

Chan said that the event will follow the Health Bureau (SSM) guidelines and visitors must have their temperature checked before entering the festival area. He added that if the Municipal Affairs Bureau (IAM) and Environmental Protection Bureau (DSPA) come up with new guidelines for the event, the organisers will make new arrangements accordingly.

Chan, an indirectly-elected lawmaker, said that he could not predict how many people would attend the event, adding his only wish was that “everyone has fun [at the event]”.