Local teenager Peggy Chan Pui Yan plays the guzheng and has been doing so for over 10 years, and she also plays the piano. Chan is now in her third year at the prestigious Central Conservatory of Music in Beijing where she is studying guzheng and composing under the private tuition of Ye Xiaogang, one of China’s leading composers of contemporary music. 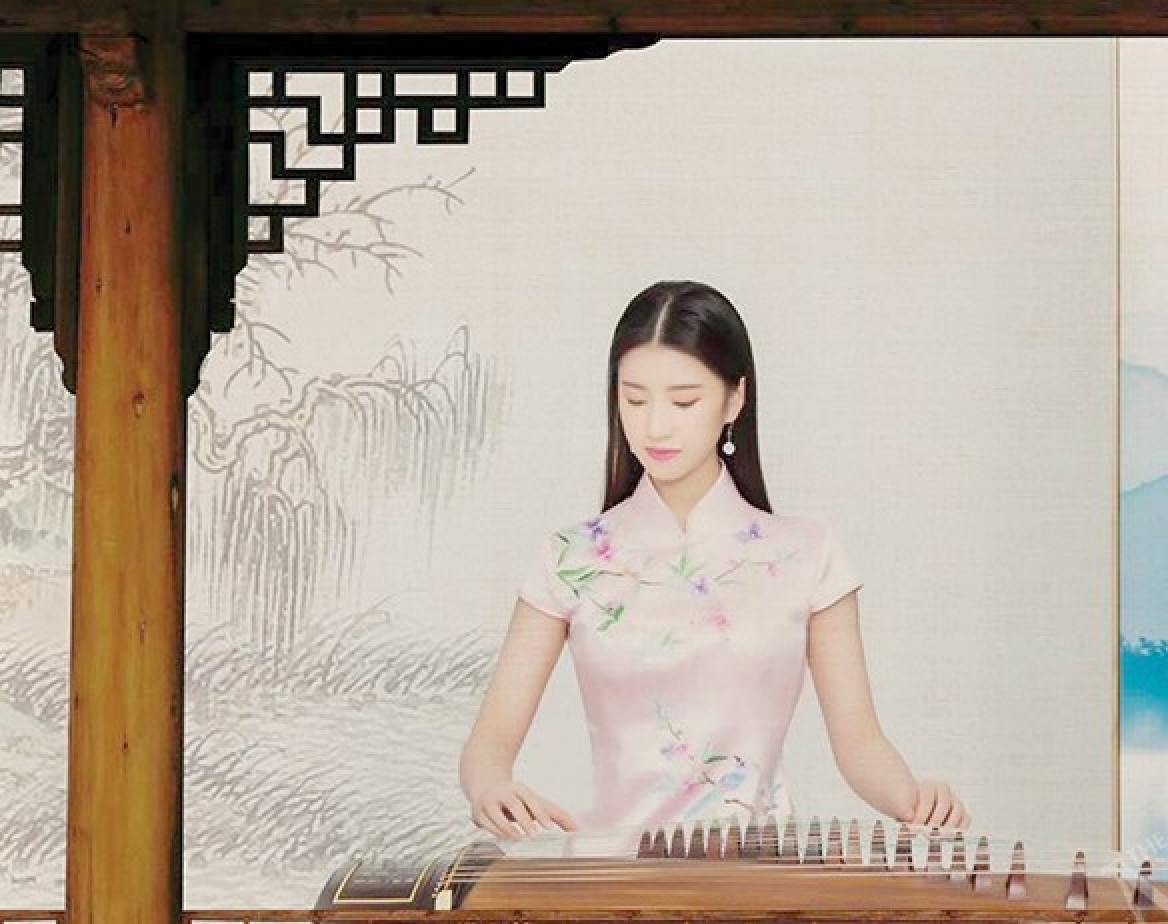 Local teenager Peggy Chan Pui Yan plays the guzheng and has been doing so for over 10 years, and she also plays the piano. Chan is now in her third year at the prestigious Central Conservatory of Music in Beijing where she is studying guzheng and composing under the private tuition of Ye Xiaogang, one of China’s leading composers of contemporary music.

Chan spoke to the Macau Post Daily in Avenida Ouvidor do Arriaga at the end of last week before she left for Beijing to continue her studies after the National Day/Mid-Autumn Festival break.

“Since I have been attending the Conservatory I have learnt a lot about my instrument and myself,” said 19-year-old Chan, adding, “Last month I took an exam to take the composing course at the conservatory, [15 people took the exam for only two places.]. I hoped that I could take composing as a second major. For the first time in my life, hard work and studying did not get me what I wanted.

“I was so depressed that I was considering giving up music and doing something else. But after a week, I realised that you can’t always get something just because you work hard at it”, she continued.

“Looking back now I realise that I have the freedom to compose without following a formula that perhaps you would have to follow in a formal class,” she added.

When asked what she had been doing in the two years that she has been attending the Conservatory, Chan said, “In the 1st year I entered the 2019 CCTV Chinese Instruments Competition that used to be held every four years, but that year was the first time that the competition had been held for 10 years, I think.”

Chan said, “This was the first time I had entered a professional competition as an adult, I was 18, I was the only guzheng player in my year chosen to take part and I was awarded ‘Qualifier’.

Chan started to learn composing in September last year with Ye, who although a professor at the Conservatory agreed to take her on as a private student.

Chan has been composing since she was at school and in 2017 sent the conductor of Hong Kong’s Music of Our Young (MOY) orchestra Gordon Siu Kwing-chuea a piece of music entitled ‘Murmur of the Flowers’ that she had composed for the guzheng. She was invited to perform with MOY on a tour of the UK that took place in July 2017.

Chan said, “I like composing as I can share my ideas and send a message through my music and show my feelings. I always feel that my music has a message”.

“At the Conservatory my guzheng teacher is Su Chang, a vice professor, who said that whenever I compose or arrange a piece, she will help me to get it on TV”, Chan added. She went on to say “She [Su] believes in me more than I believe in myself and she wants others to know me and my talent. I have re-arranged some music for her – usually on piano – and two of my pieces are in a music book she has produced, ‘Mirror, Fire Water Moon’ and ‘The Girl with the Flaxen Hair’, I am so proud that my work is going to be published”.

“When I was just performing, I didn’t know what I was doing, so now I am composing I like the Macao style and environment so I am writing in a contemporary classical style about Macao. I am using an old poem about Macao to compose a piece.  The original melody was lost so now I am rewriting it,” she continued. “It is an art song that is a popular song in a different style, an art song uses a poem as the lyric, a formal and classical poem. My piece is called Macao to the tune of Green Jade Table”, Chan said.

Chan also wrote a piece for her teacher Su’s CD “Zheng Words” There are 13 tracks on the CD all of which are poems. “I wrote the music to a poem and called it ‘Lake’,” Chan said.

Su has got together a group of her guzheng students and called the group ‘Chang’, which will be playing guzheng chamber music. “The plan was to do an album and a concert tour, but that was postponed due to the [novel corona] virus so we are just practising now,” Chan said.

Chan mused, “This is the time for me to explore my music.”