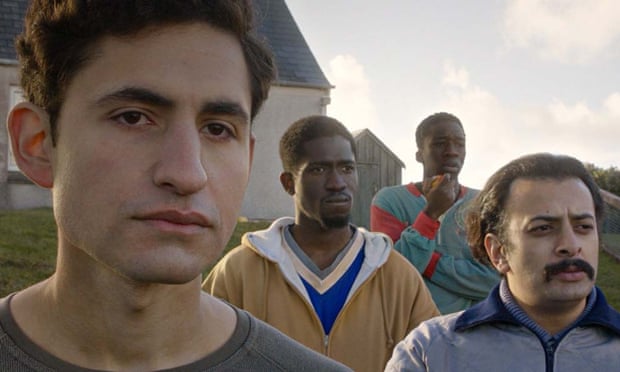 According to an IFFAM statement,  the awards ceremony took place on Tuesday night online, coinciding with the Festival of the Immaculate Conception, a public holiday in Macau.

The film centres on four asylum seekers who are staying on a remote island in Scotland, and taking cultural awareness classes, while awaiting the processing of their refugee claims.

The Hollywood Reporter magazine and website pointed out  that the “film has been praised for engaging the hard truths of the refugee experience without succumbing to the bleakness of typical social realest cinema.” The influential publication described the film as a “timely feel-good fable about the kindness of strangers.”

The film was named as an Official Selection of the 2020 Cannes Film Festival, but was not screened due to the cancellation of the physical festival in light of the COVID-19 pandemic. It premiered at the 2020 Toronto International Film Festival (TIFF) on September 12. The film was directed and written by Ben Sharrock.

According to the freak-films.com, “Sharrock is an award winning writer and director known for his unique sense of style and cinematic voice. His work is visually striking, quirky and intelligent.

“He has worked in the advertising industry in Dubai, has a degree in Arabic and Politics, MA in Film Directing, Master of Fine Arts (MFA) in Advance Film Practice and has won four New Talent BAFTAs [British Academy of Film and Television Arts]. His first feature film Pikadero debuted at the prestigious San Sebastian Film Festival and picked up six awards in international film festivals. Ben is definitely one to watch and has been cited as ‘a name to lookout for’ by Filmmaker Magazine. His work is funny and melancholic at the same time, which is a potent combination.”

The IFFAM statement quoted the jury’s president, mainland Chinese director, producer and screenwriter Ning Hao as saying that Limbo is “a thought-provoking piece of work, because of its in-depth exploration of society and also the relationship between culture and humanity.”

Combined with the director’s unique film language and a modern artistic style, it magically blends together and gives the audience unforgettable pleasure and enjoyment of all senses.”

Japanese director Hirokazu Koreeda was honoured for his outstanding achievements in film with IFFAM’s Spirit of Cinema Award.

The six-day festival, which ended Tuesday, screened 31 feature films, including 11 in the International Competition section.

According to the organisers, this year’s International Competition focused on films from first- and second-time film-makers.

The IFFAM statement quoted the festival’s artistic director, Mike Goodridge, as saying that “it was a daunting challenge for the whole IFFAM team to take the festival online….”, adding: “We hope that we can return to the cinemas next year for the 6th IFFAM.”