The government has repossessed several plots covering a total area of 6,598 square metres on the former Iec Long Firecracker Factory site in Taipa. 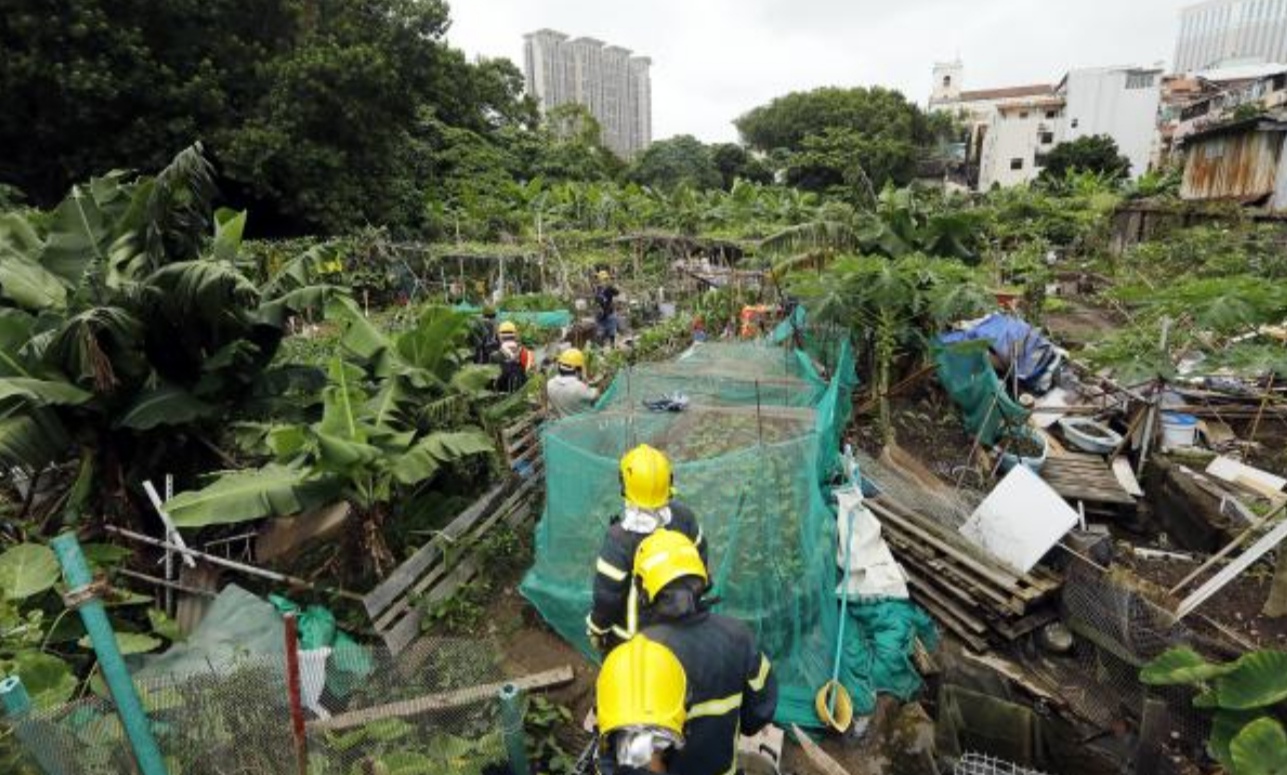 The Lands, Public Works and Transport Bureau (DSSOPT) announced this week that its officials, in conjunction with officials from several other government entities, have repossessed several plots covering a total area of 6,598 square metres on the former Iec Long Firecracker Factory site in Taipa, comprising illegally occupied ones and those whose concessions had previously been annulled by the government.

According to a DSSOPT statement on Wednesday, the officials carried out the repossession of the plots earlier that day.

The statement pointed out that the government carried out the first-phase clearance of plots on the Iec Long site early last year, when officials repossessed plots whose concessions had previously been annulled by the government, covering a total area of 17,973 square metres. Including the second-phase clearance of plots on Wednesday, an area of 24,571 square metres of plots on the site has already been repossessed in total, the statement said.

The statement said that the repossessed plots on the Iec Long site will be transferred to the Cultural Affairs Bureau (IC) for follow-up action – i.e. a possible revitalisation of the site.

IC President Mok Ian Ian told reporters early this month that the former Iec Long Firecracker Factory would not be included in its “third batch” of cultural heritage evaluations of immovable properties that was expected to be launched by the end of this year, as there were still land ownership issues that needed to be sorted out.

A total of 19 old properties have been newly listed as cultural heritage in the government’s first two batches over the past several years.

Wednesday’s statement said that constructions such as masonry and brick buildings, stone walls, and wooden shacks had been set up illegally on the plots that were repossessed that day. Illegal agriculture also took place on the plots, the statement said.

According to the statement, the government had ordered the respective leaseholders and occupants to clear all the items and return the plots to the government by a specified deadline.

The statement said that as the leaseholders and occupants had failed to return the plots to the government after the deadline, DSSOPT officials and officials from the several other entities took action and repossessed the plots on Wednesday.