‘Fringe’ festival to make ‘everyone an artist’ next month Link copied

Staying true to the spirit of fringe and to mark the festival’s 20th edition, the Macao City Fringe Festival taking place next month will be themed “Everyone is an Artist”, bringing life-inspired art outside the box and into the community. 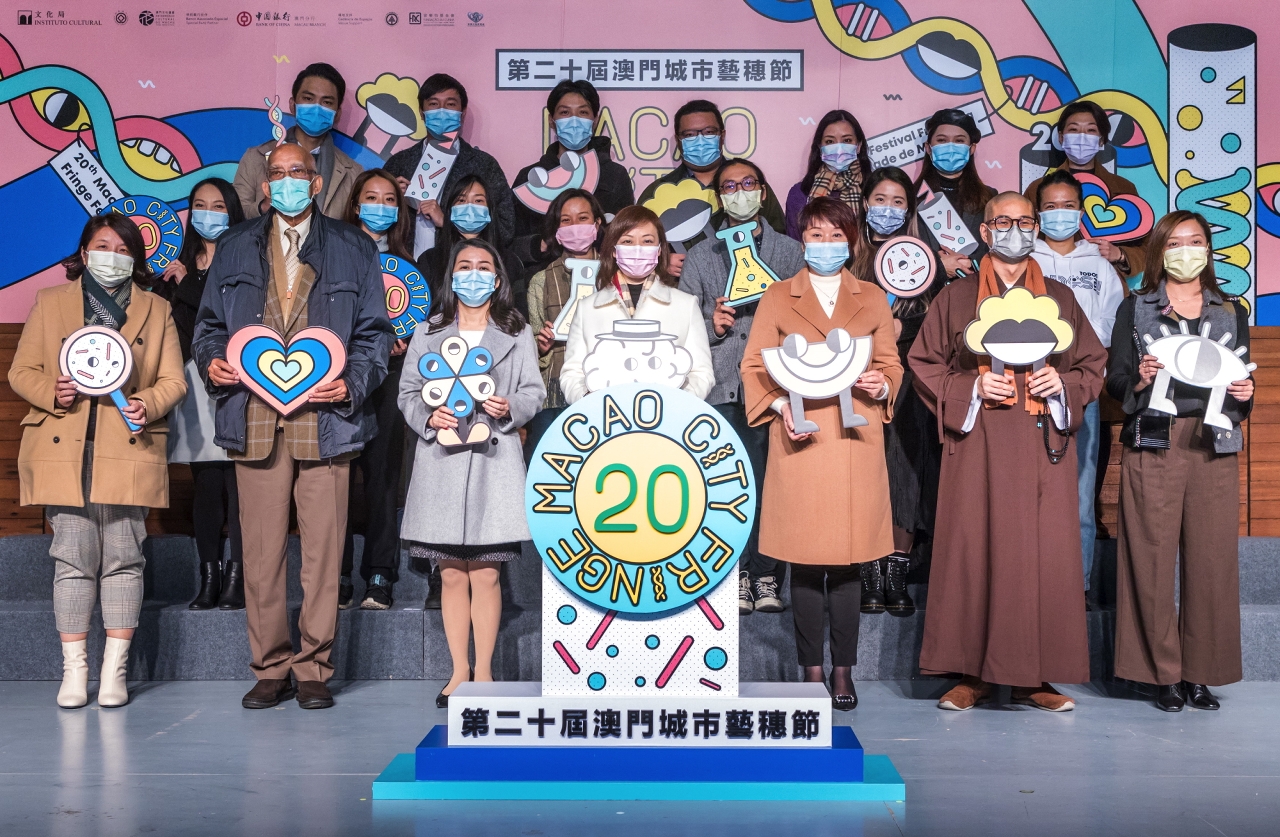 Staying true to the spirit of fringe and to mark the festival’s 20th edition, the Macao City Fringe Festival taking place next month will be themed “Everyone is an Artist”, bringing life-inspired art outside the box and into the community.

Announced during a press conference held on Wednesday at the Macao Contemporary Art Centre – Navy Yard No. 2, the festival will present 18 programmes and 17 outreach activities around the city from 20-31 January.

Cultural Affairs Bureau (IC) President Mok Ian Ian told reporters on the sidelines of the press conference that the budget for this Fringe programme is MOP 3.2 million, more or less the same as last year, and that 80 per cent of the art groups in the programme are local.

Based on the theme, programmes such as “Work Inspired Workers” and “A Gentlemen’s Fight with Puns” will be presented at a wet market and a tea house respectively, while “F’art for U” takes on the popularity of food delivery services during the Covid-19 epidemic and combines it with art, where performers deliver food and a performance to audiences’ homes.

There will be “Art Exhibition for all” at Rotunda de Carlos da Maia (aka “Three Lamps”) and the outdoor space next to Flower City Park for the public to showcase their creativity.

This edition will also have flashmobs and dance performances in the street, as well as workshops and seminars for people with mental and physical disabilities and senior citizens to express different moments of life through dance.

The programme also “promotes humanistic concerns”, such as in “The Distance between Ocean and Us – Puppetry Playback Theatre”, where marine waste collected from beaches is converted into puppets, improvising stories about people’s distance to the ocean.

For something more immersive, the “Enigma of the Actress” is held in a bar where audience members take on the role of a suspect and become part of the performance to hunt for the murderer.

Other highlights of the programme include “Focus to – Release” which attempts to associate brainwaves with images, while “Stephen Chow” is a medley of scenes from Hong Kong filmmaker/actor Stephen Chow Sing Chi’s works to evoke pleasure for the audience in appreciating the philosophy of life.

Tickets to the Fringe performances will go on sale on Saturday at 10 am and can be purchased with various discounts from Macau Ticketing Network outlets.