Government urged to provide rapid antigen test kits to the population for self-testing every other day in the coming two months. 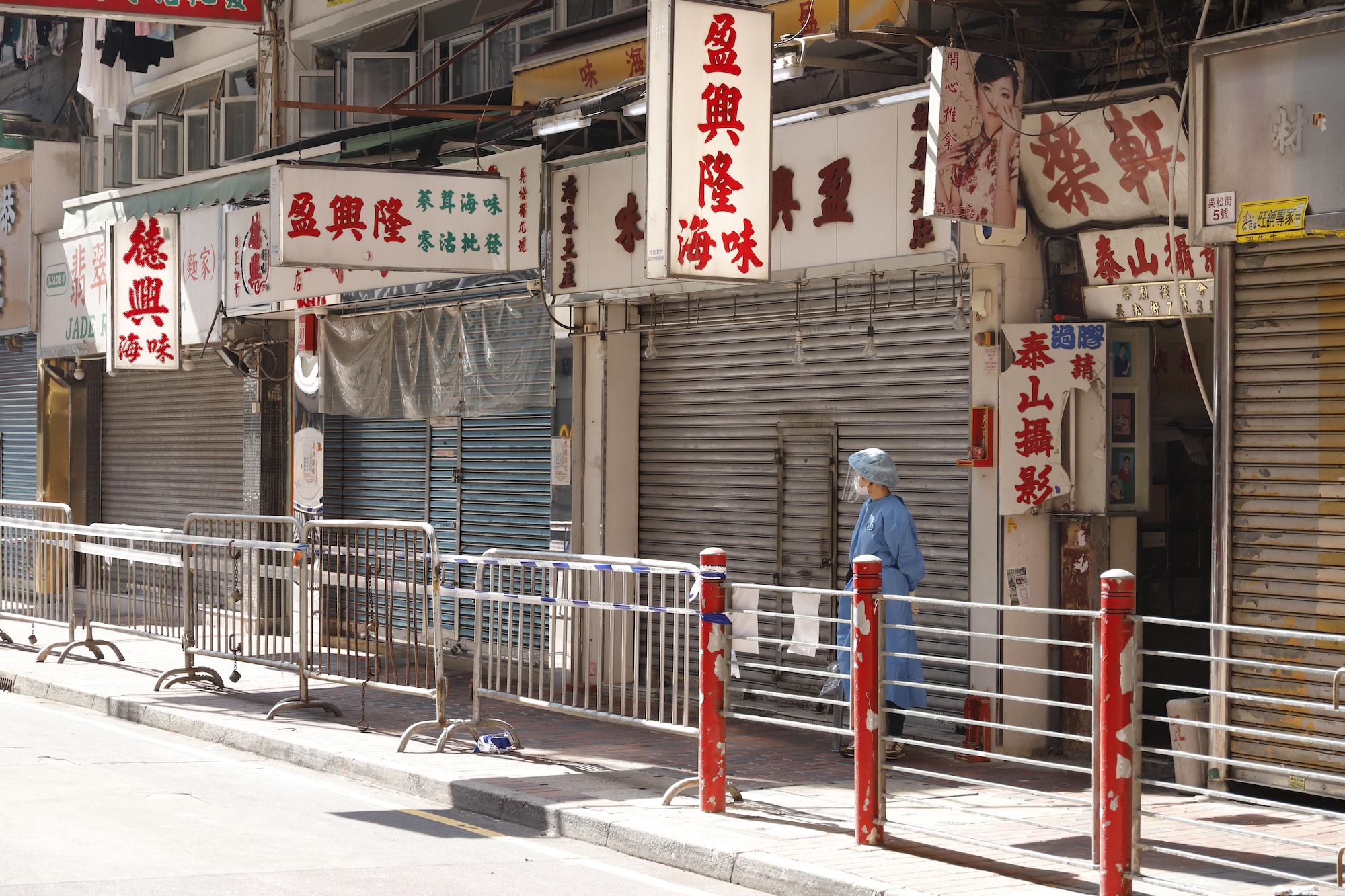 A Hong Kong government advisor on the pandemic, Gabriel Leung, urged the government to consider putting the entire city under lockdown, saying no other social distancing measures will be able to contain the Omicron outbreaks.

He did not say how long the city-wide lockdown should be, but his research team estimated that reducing the movement of people for two to three months by a lockdown will greatly reduce deaths from Covid-19 infections.

The dean of the University of Hong Kong’s LKS Faculty of Medicine also said that during this time, all resources should be diverted to inoculate people aged 65 or above.

Their studies show that in the absence of a city-wide lockdown, daily infections could peak at around 28,000 by the end of next month and the cumulative number of deaths could exceed 900 by the end of June.

But if a city-wide lockdown is implemented, about 115 people could die from the current wave of infections.

The lockdown would also help prevent the public health system from collapsing.

But Leung said he wouldn’t make any suggestions on how exactly it should be implemented.

“What we need is to really reduce cross-infection and the sure way of doing that is to reduce mobility and mixing,” he said at a press conference.

“You need to sustain that for as long as you need to bring the number of infected seeds or transmission chains in the community down to such a level that they will fade away naturally, as opposed to going into a recrudesce and growing again, essentially merely delaying the inevitable as opposed to really extinguishing those seeds.”

Leung also urged the government to provide a rapid antigen test kit to each Hong Konger for self-testing every other day in the coming two months and rethink the role of sewage surveillance that had led to massive queues for testing in the community.

“The whole point of sewage surveillance is to pick up what human testing cannot pick up. But if you actually have the availability of the rapid antigen test for everyone in Hong Kong and everybody tests themselves every 48 hours then you would not need to undergo the sewage consequence of the massive queues that completely overwhelmed supply at the moment,” the expert said.

He also said there’s no longer a public health rationale to send inbound travellers to designated hotels for quarantine as they can quarantine at home instead, adding that flight bans should be lifted as the risk of local infection exceeds importation, RTHK reported.