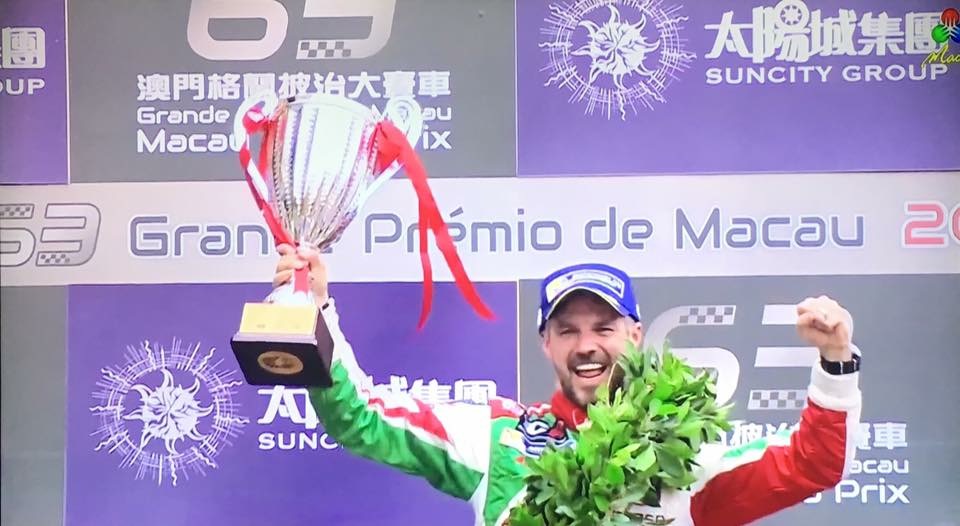 WestCoast Racing Honda driver Monteiro triumphed at the end of two hours in which just four complete laps of racing were completed across the two races.

Comini won the first race from the sister WRT-run Leopard Racing Volkswagen Golf of Jean-Karl Vernay, but with only five laps in the books the race only counted for half points.

One of the incidents was sparked when Craft Bamboo SEAT driver Nash collided with the SEAT of Mato Homola into Lisboa, Homola crashing into the barriers and causing chaos in his wake, which resulted in a blocked track.

With Comini on pole for the second race – carrying the Guia title – and Nash near the back of the grid, the Swiss-Italian was odds-on for the title.

Monteiro got a start to lead both VWs, although this race was, like the first, red-flagged before being restarted.

Over a two-lap sprint to the finish, Vernay passed Comini for second, and now Nash’s team-mate Pepe Oriola moved his SEAT onto the bumper of Comini.

Comini made little effort to resist Oriola on the final lap, the points for fourth position being easily enough for him to win the TCR title for the second season running.

Nash picked his way up the order to eighth. (Macau News/Motorsports)