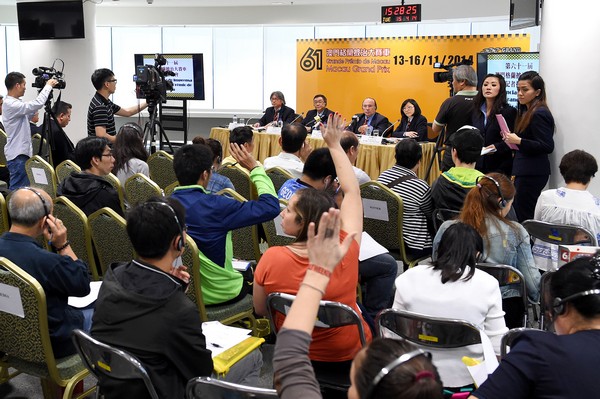 The Macau Grand Prix Committee (CGPM) said Tuesday it aims to reduce the noise levels produced by the vehicles to no more than 115 decibels.

CGPM Sporting Subcommittee Chong Coc Veng made the announcement during a press conference about the 61st Macau Grand Prix in November.

Chong said the committee will take special measures to reduce the noise produced by the vehicles – cars and motorcycles – so as to give residents a less noisy weekend. Chong said the noise level will be limited on average to no more than 115 decibels.

Chong added, “In the past, we did not set a limit on the noise produced by the engines …… I give an example as a reference ……the noise levels produced by F3 race cars  in 2013 were, on average, 122 to 124 decibels, while this year we will aim to control the levels at under 115 decibels”.

Antunes also said that according to a survey about locals’ views on the Macau Grand Prix conducted by the University of Macau(UM) last year, the respondents did not know much about the motor-racing event.

The survey also showed that 77.9 percent of the respondents thought that the Grand Prix should continue, Antunes said.

Antunes also said his committee will launch various promotion activities for locals. He said this year the committee will co-operate with the Education and Youth Affairs Bureau (DSEJ), in which schools will be invited to take their pupils to visit the Grand Prix facilities.