Typhoon Signal No. 1 to be hoisted at 7 pm tonight Link copied

Due to a tropical depression over the northern part of the South China Sea, a new centre has developed southeast of Hainan Island. 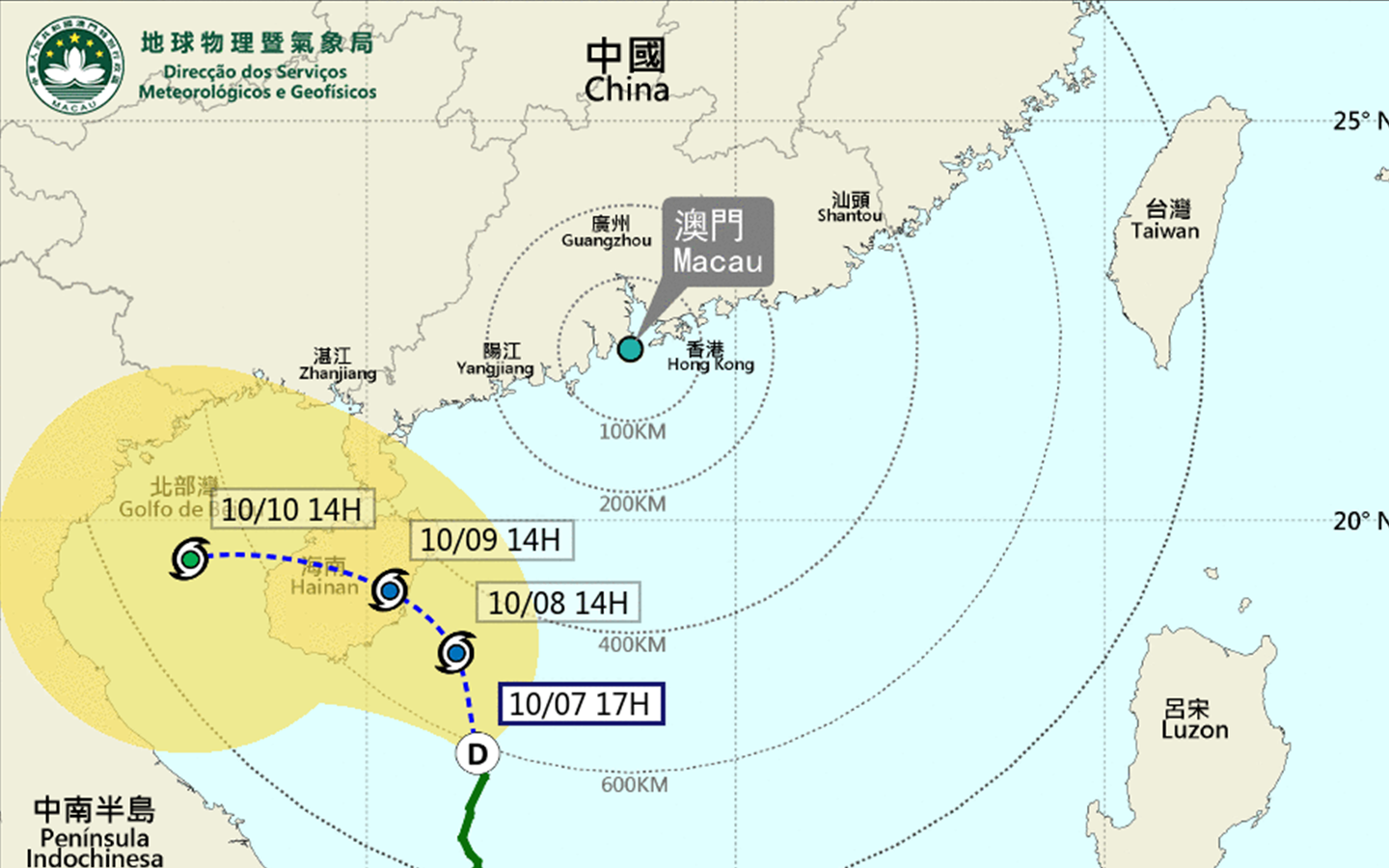 The Macao Meteorological and Geophysical Bureau (SMG) will issue typhoon signal No. 1 at 7 pm tonight.

This is due to a tropical depression over the northern part of the South China Sea that has developed a new centre southeast of Hainan Island. It will move closer to Macao than previously expected, passing about 400 km southwest of the city, moving towards the area between Hainan Island and the Leizhou Peninsula in the next few days.

Under the combined influence of the tropical depression and the northeast monsoon, Macao will experience unstable weather starting Friday, with stronger winds and occasional heavy showers. As it is during the high phase of astronomical tide, flooding will occur in the Inner Harbour area in the next few days.

Meanwhile, another low-pressure area is developing over the Western Pacific, east of the Philippines, which is expected to move towards the Luzon Strait at the beginning of next week. SMG will closely monitor this storm’s track.