DSEJ announces that Primary 4 to Primary 6 classes in local schools will resume on May 25, while Primary 1 to Primary 3 pupils will return to school on June 1. 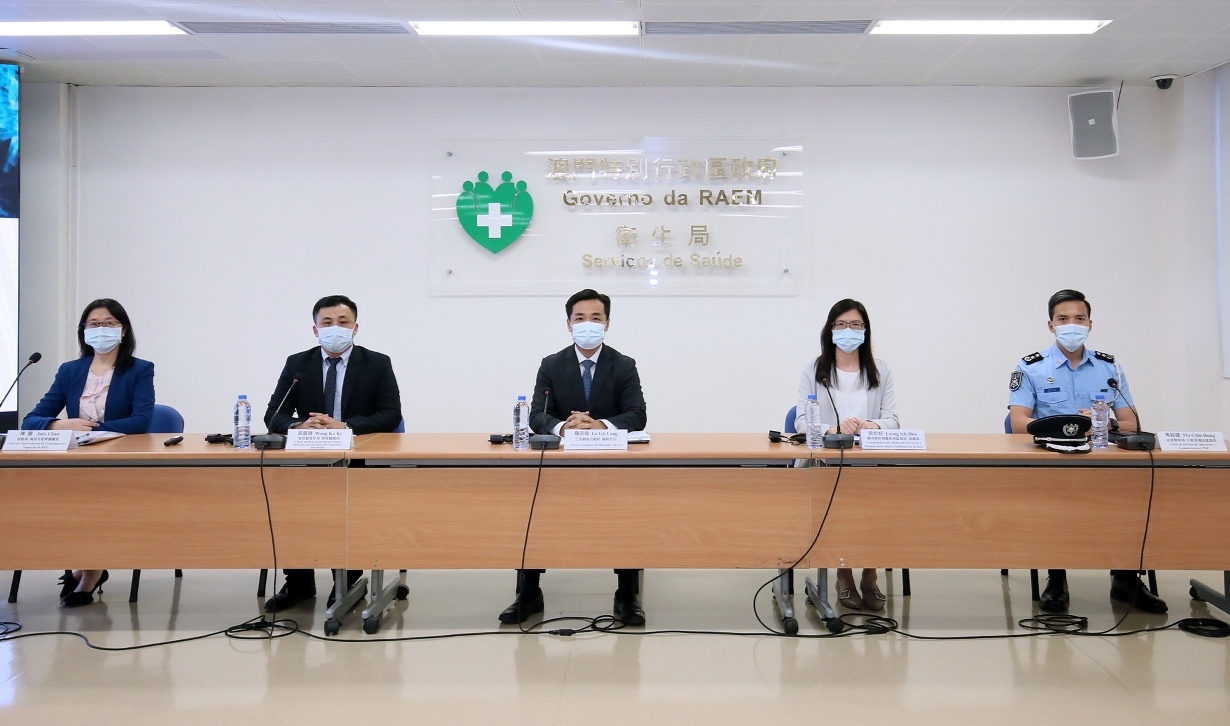 Addressing Monday’s daily press conference about Macau’s novel coronavirus (COVID-19) situation, Wong Ka Ki, who heads the Education Department of the Education and Youth Affairs Bureau (DSEJ), announced that Primary 4 to Primary 6 classes in local schools will resume on May 25, while Primary 1 to Primary 3 pupils will return to school on June 1.

Wong said that his bureau does not rule out the possibility that kindergarten and special needs education pupils will not go back to school during the current school year.

According to official data, some 14,000 junior secondary school pupils returned to their classrooms on Monday.

Wong said that since the resumption of secondary school classes, his bureau has maintained close communication with local schools and sent DSEJ officials to visit all the schools that have resumed their classes to enquire about and support their operations. DSEJ officials also went to the Barrier Gate border checkpoints on Monday morning to observe cross-border pupils passing through immigration, Wong said, adding that the officials concluded that pupils were passing through the checkpoint smoothly.

Wong said that his bureau has come to the conclusion that the city’s secondary schools have resumed their classes smoothly, and that COVID-19 epidemic prevention measures have been strictly implemented and teachers and pupils have gradually returned to normal school life.

Wong also said that his bureau would consider approaching the resumption of classes in kindergartens and special needs schools “in a more flexible way”, adding that his bureau did not rule out those children not returning to school during the current school year, in which case they will continue their online learning sessions at home.

Wong underlined that his bureau might once again change the announced May 25 date for the resumption of classes in primary schools if there is a change in the epidemic situation, after referencing suggestions made by the Health Bureau.

Wong said that after class resumption, parents could apply for their children’s “reasonable absence” from school depending on the development of the epidemic situation and their children’s own particular needs, and schools should deal with such applications “in a flexible way”.

Wong also pointed out that his bureau’s “friendly” measure for young children (Primary 1 to Primary 3 pupils, as well as kindergarten and special needs education pupils) to be looked after at their respective schools started on Monday – when junior secondary school classes resumed. Wong said that the parents of 2,800 schoolchildren who are enrolled in 60 schools have applied for the care service.

According to previous announcements about the “friendly” measure, parents can apply for their young children to be looked after at school if no one can look after them at home while they are working. If such an application is approved by the school, Primary 1 to Primary 3 pupils as well as kindergarten and special needs education pupils will be provided with a “limited look-after” arrangement once junior secondary school classes resume.

Only 3 COVID-19 patients still under treatment

Meanwhile, Alvis Lo Iek Long, a clinical director of the public Conde S. Januário Hospital Centre, announced during Monday’s press conference the discharge of one more COVID-19 patient, a 28-year-old local man who had visited London between March 8 and 20, when he departed from the British capital to Hong Kong before arriving in Macau on March 22. He had gone into medical observation in one of Macau’s government-designated “quarantine hotels” before being diagnosed with the novel coronavirus disease on March 24.

Following Monday’s discharge after 49-days of treatment, he has started his 14-day recovery period isolation in the Public Health Clinical Centre in Coloane. Just three of Macau’s 45 COVID-19 patients were still undergoing isolation treatment on Monday.

Lo also pointed out that Macau has not confirmed a new COVID-19 case for 33 consecutive days.

Meanwhile, SSM Control of Communicable Diseases and Surveillance of Diseases Department Coordinator Leong Iek Hou announced during Monday’s press conference that the government will launch the 12th round of its facemask purchase scheme – at the fixed price of eight patacas for 10 facemasks for local residents and non-resident workers – today.

Under the scheme, which was launched by the government on January 23, each local resident and non-resident worker is entitled to buy 10 facemasks at the fixed price of eight patacas every 10 days at designated outlets upon presentation of their original Macau ID card or work permit (informally known as “blue card”). Parents or legal guardians are entitled to buy five child facemasks with the child’s ID cards, with the remaining five being adult facemasks. The facemasks for children are only for those aged between three and eight.

Meanwhile, the chief of the Operations and Communications Division of the Public Security Police (PSP), said at the press conference that the number of non-resident workers exiting Macau up to 4 p.m. on Monday rose 2,000 per cent (20 times) from the same period the previous day to 1,781, while the number of non-resident workers entering Macau grew 1,500 per cent (15 times) to 907.

Starting Monday, non-resident workers who hold a Zhuhai ID card or residence permit are now allowed to cross the Macau-Zhuhai border checkpoints without having to go into 14-day quarantine. However, they need to undergo nucleic acid testing (NAT) every seven days.