Non-resident workers from mainland China, Philippines, Vietnam, Indonesia and Myanmar were the most affected by employment dismissals. 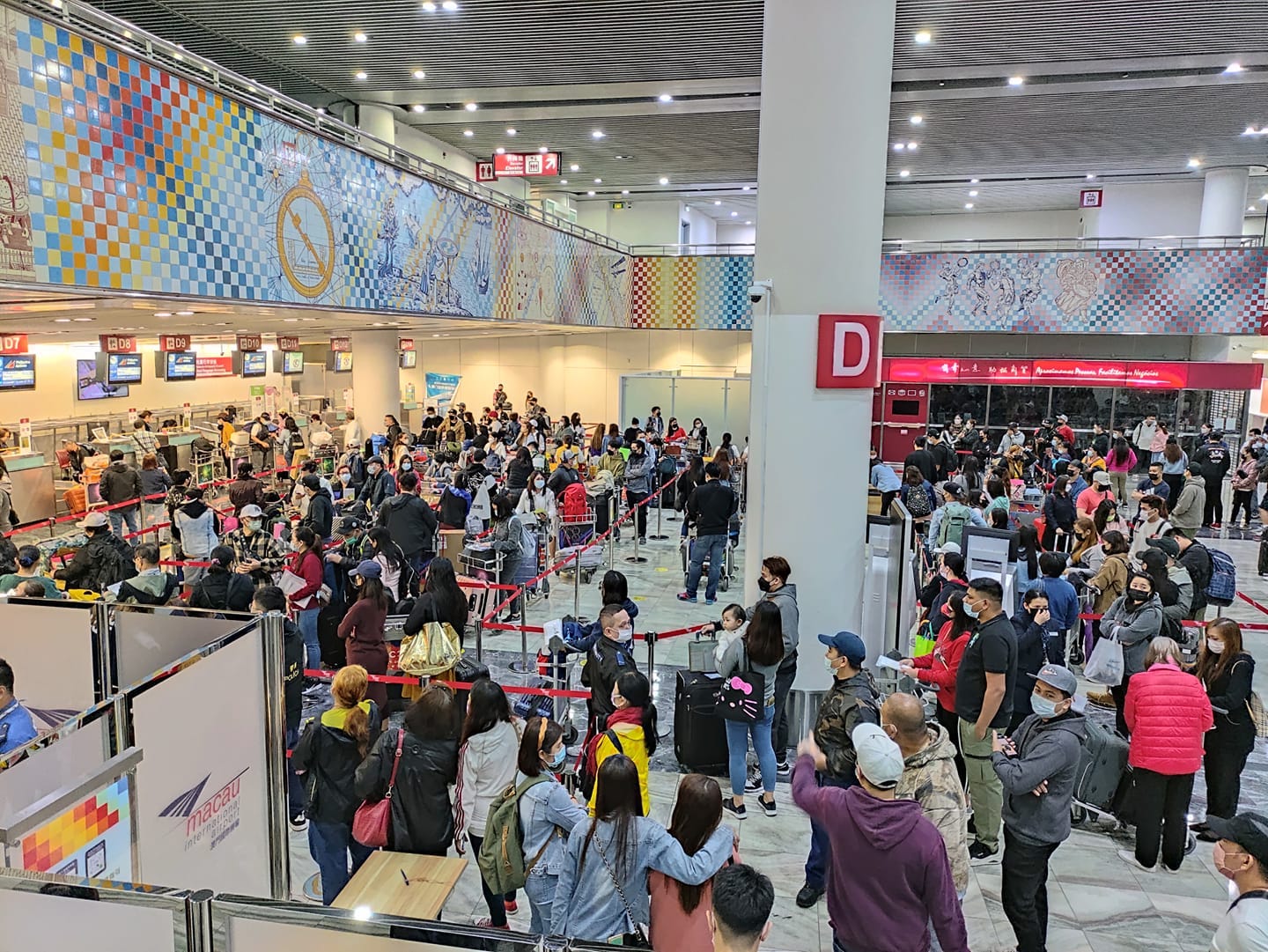 The majority of NRWs, also known as blue card holders, left Macao due to the economic impact caused by Covid-19, which led to the closure of restaurants, construction sites, small- and medium-sized enterprises, tourism shops and travel agencies.

The first wave of NRWs leaving the city began in early 2020 when Macao confirmed its first Covid-19 case.

Most of those who left Macao worked in hotels, restaurants, households, construction sites and in wholesale and retail sectors.

The NRWs from mainland China, Philippines, Vietnam, Indonesia and Myanmar  were the most affected by employment dismissals.

Still, after around two and a half years, Macao remains under a strict zero Covid-19 policy.

In addition, many other NRWs from the UK, United States, Korea, India, Australia, Japan, Nepal and Taiwan have also left the special administrative region.

Meanwhile, the Statistics and Census Bureau (DSEC) has announced that Macao’s population fell by 1,500 quarter-by-quarter to 681,700 at the end of March, which included 167,738 NRWs.

The bureau said the decline was a result of fewer non-resident workers living in Macao.