The government has suspended its plan for Kiang Wu Nursing College to move to its new campus in the Cotai hospital complex due to Covid-19 and a number of other reasons. 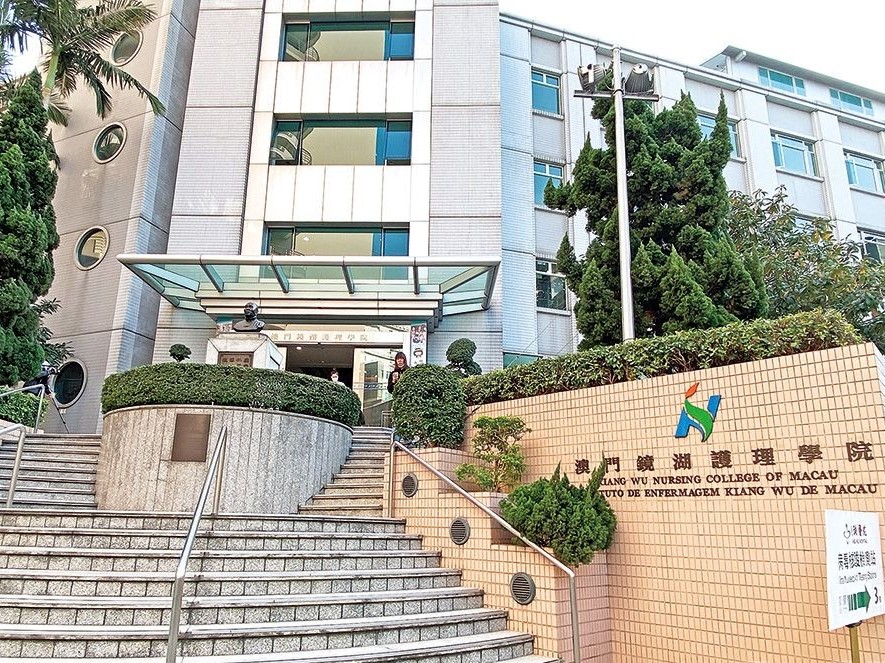 The Kiang Wu Nursing College said on Thursday that the government has suspended its plan for the tertiary education institution to move to its new campus in the Cotai hospital complex, officially known as Cotai Health Complex, due to Covid-19 and a number of other reasons.

The current college campus is located on the peninsula next to Kiang Wu Hospital.

Van Iat Kio, who heads the college, spoke to reporters on the sidelines of a public event at the college.

However, the government started to use the building in late March last year as a temporary isolation centre for those who had been in close contact with confirmed Covid-19 patients or those recovering after Covid-19 hospital treatment. However, no one has stayed at the building for many months.

Van said that the government would possibly use the building for other purposes and that the facilities on the current campus would still be able to meet teaching demand in the near future.

In a short statement last night, the Health Bureau (SSM) said that the government is reviewing the possible use for the nursing college building in the Cotai hospital complex. The statement did not clarify whether the government has suspended its plan to pass the building to Kiang Wu Nursing College.