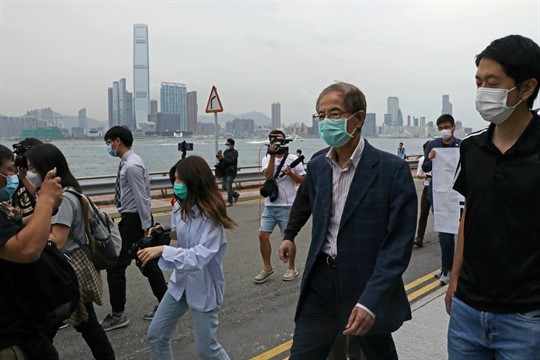 Hong Kong confirmed another 69 coronavirus cases on Thursday, as the airport authority announced the return of transit flights from mainland China through the city.

The city has so far recorded 4,312 confirmed coronavirus cases. Fewer than 20 people tested preliminary positive for the virus pending confirmation.

It was the 11th straight day the daily case count trended below 100, after a 12-day run of triple-digit surges.

The government announced on Thursday that work-from-home arrangement for civil servants would be extended until 23 August.

Apart from workers providing urgent and necessary public services, other government employees would work from home.

The Airport Authority Hong Kong (AAHK) confirmed on Thursday that air passengers would be allowed to transit via Hong Kong International Airport from mainland China from Saturday until 15 October.

The temporary plan to resume transfer services from, but not to, the mainland, came as Chinese aviation authorities continued to severely limit international travel to restrict imported cases of Covid-19.

Hong Kong airport has allowed flight transfers since 1 June, but not to or from the mainland.

Previously, all transit services were suspended from 25 March.