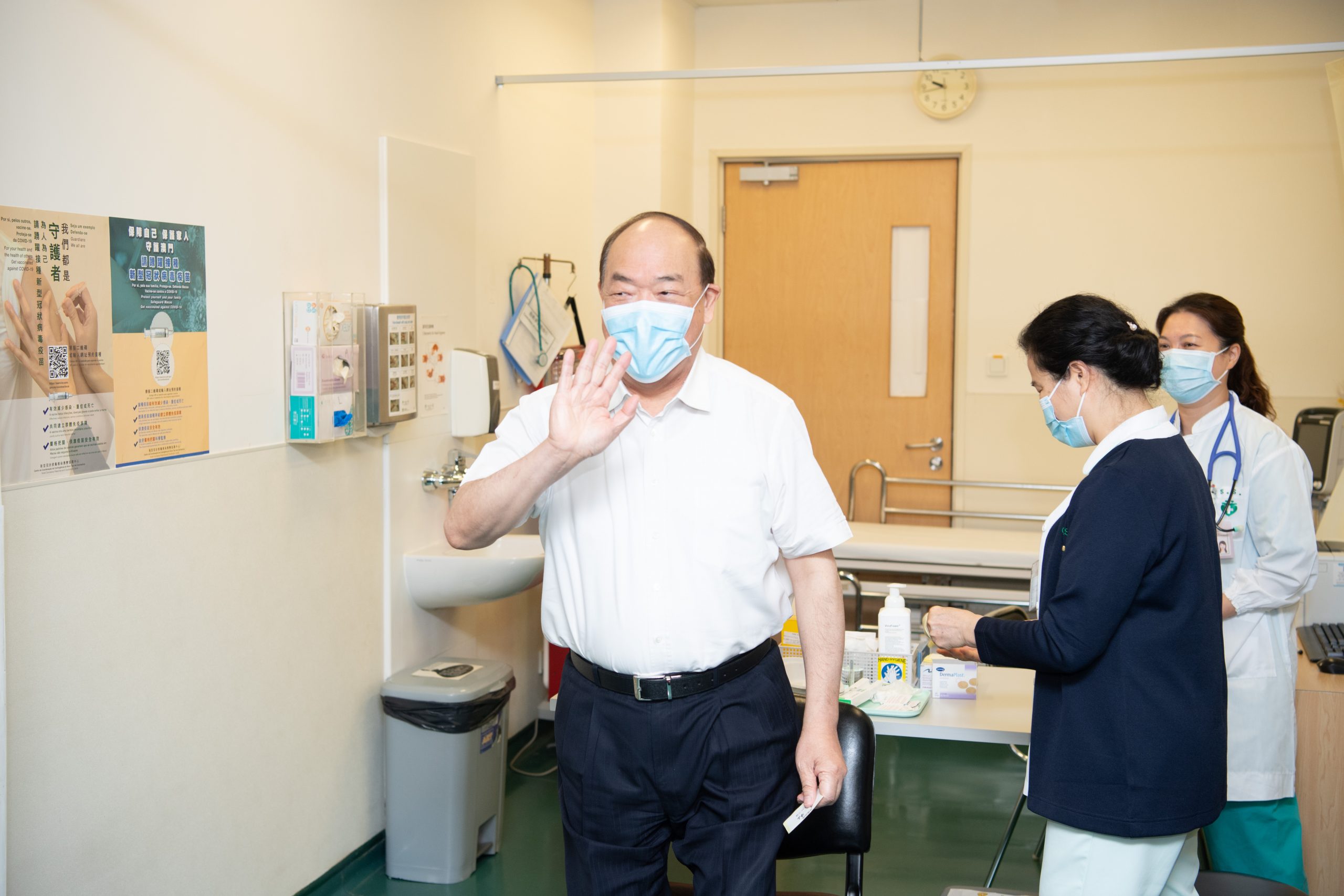 Ho was speaking after being the first Macao resident to receive the Chinese vaccine Sinopharm-19.

The Chief Executive said after vaccination that he did not feel anything peculiar after taking the first dose.

Secretary for Social Affairs and Culture Ao Ieong U also called for residents in Macao to be vaccinated today.

Ao Ieong was vaccinated with Macao’s Chief Executive Ho Iat Seng together with several leading officials of the SAR government.

Also vaccinated today were representatives of prioritised groups including front-line workers in anti-epidemic efforts and groups that are at high risk in terms of occupational exposure, including police, customs staff, hotels and airports as well as medical workers.

These people will take the second dose of the vaccine after three to four weeks.

The first batch of the inactivated Covid-19 vaccines made in the Chinese mainland was delivered to Macao on Saturday.

On Monday, Macao opened the reservation system for the vaccination to the public.

Prioritised groups for the vaccination were able to start making reservations online on Monday and begin vaccination on Tuesday, according to the Novel Coronavirus Response and Coordination Centre.

Other Macao ID holders can start making reservations from Tuesday noon and begin vaccination after 22 February, the centre said.

Whether non-Macao ID holders staying in Macao can be covered in the vaccination scheme depends on the vaccination rollout at the first two stages and the number of vaccines left available, said the centre.

It was announced in January that Macao would offer vaccination free of charge to Macao ID holders, employees from elsewhere who work in the SAR and non-local students studying in Macao.