The Secretary for Economy and Finance evoked the “Macau spirit” to bring people together, overcome the difficulties they face and 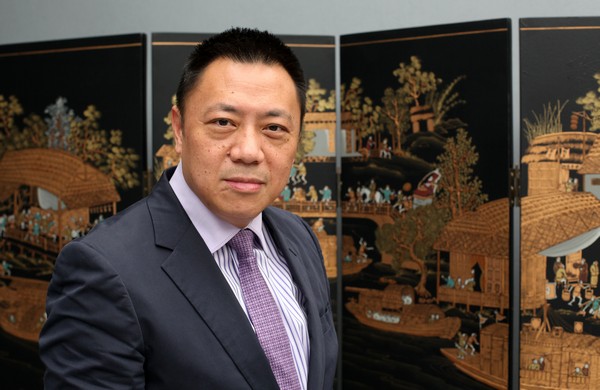 The Secretary for Economy and Finance evoked the “Macau spirit” to bring people together, overcome the difficulties they face and use the opportunity to improve the city’s economy.s .

Lionel Leong Vai Tac said in a recent interview with Exmoo News that, in meetings with friends, social groups and people in industry, he felt the “Macau spirit” had not changed. “This year Macau people are facing a year of economic adjustment but most do not complain. On the contrary, they have a positive attitude toward the new economic situation. It makes me feel deeply their spirit of stability, being responsible and going forward.

Leong added that, when the economy was growing fastest, rents for offices and shops rose rapidly and there were no conditions to develop certain sectors. But, now that the economy is slowing, it is an opportunity for them to grow, such as young entrepreneurs and traditional shops developing e-commerce to open new markets.

Since Leong took the post in December 2014, he has lived through a dramatic change in gambling, the city’s main business for 168 years. For over a decade, it grew rapidly, overtaking Las Vegas to become the world’s top gaming centre. But, from the middle of 2014, revenues began to fall; they have dropped for 18 consecutive months, sending ripples across the whole economy. Worst hit has been the VIP sector, of wealthy people brought to Macau by junkets. They used to account for more than 70 per cent of casino income, rising to 80 per cent at the peak, but have now fallen to 53 per cent.

“On the other hand, the mass market has remained strong,” said Leong. “With hindsight, the gambling industry in Macau depended too much on the business brought by junkets. The regulation of it was not strong enough. The healthy improvement of the junkets can promote the healthy development of the six large casinos and will in the end bring benefits to the whole of Macao.”

This means improving the law and strengthening the monitoring system, improving the non-gambling elements and the mass market. In this way, the leisure elements in the casinos will improve. Only then can Macau meet its development target for becoming a world tourism and leisure centre.

Leong said that now was the time both to restructure the economy and self-examination. Macau’s gaming market is changing; it must overcome two large dependencies – one is on one industry and the other on one group of people in the industry. To revamp the gambling industry, Macau needs to improve the legal infrastructure and supervision. It has to change from ‘doing the biggest’ to ‘doing the best’.

He said that this restructuring was difficult in every aspect. Considering all the external economic factors, in the short term, he cannot see many positive factors.

He was asked if, after 18 months of decline, gambling revenue had reached their bottom. “I have no crystal ball. I have no way to predict.”

Leong is so busy that his only days off come when the cleaners have to wash the carpets and the air conditioners in the office. His two sons and one daughter are all studying overseas. The two sons have gone to university in the U.S, while his 15-year-old daughter is studying in UK.

The only time he can see them is during long holidays. “Before, when I was a businessman, I spent a lot of time with them. Now they realise that the role of Daddy has changed. They will support me well,” he said.