The government should appoint more female residents to its 47 advisory bodies, University of Macau (UM) Faculty of Social Sciences 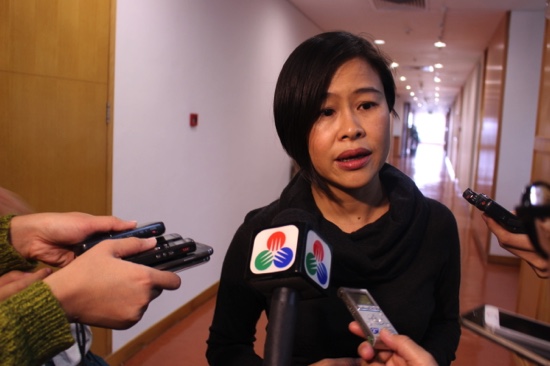 The government should appoint more female residents to its 47 advisory bodies, University of Macau (UM) Faculty of Social Sciences Assistant Dean Agnes Lam Iok Fong said on Tuesday, adding that a considerable proportion of women in Macau still believed that they are less competent than men in certain areas such as politics.

The media scholar made the remarks on the sidelines of a seminar on “Women and Gender Politics: The Contemporary Situations in Macau and Europe” hosted by the European Union Academic Programme in Macau (EUAP-M) on the UM campus in Hengqin.

Lam said that most members of the government’s advisory bodies are men. Pointing out that not a single non-government representative of the newly established Urban Renewal Council is female, Lam said she was sure that there are female architects and engineers capable of sitting on the consultative body.

Lam said the proportion of females on official advisory bodies was a key index of gender equality, adding that, according to her observation, only about 10 percent of residents actively expressing views on social issues in Macau are women.

Meanwhile, addressing the seminar, Lam also said a study conducted by the university in November found that 52.6 percent of the around 1,000 female residents surveyed said they thought men were more capable than women in analysing political and social affairs.

Lam said local primary and secondary schools should step up their efforts in gender education, which could be integrated into their existing civil education or general education lessons. “We must allow them [females in Macau] to realise that they should not set boundaries for themselves,” Lam said.