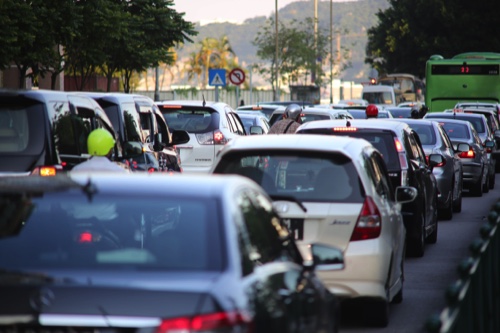 Ieong, a member of the government-appointed Urban Planning Council and a former legislator, made the remarks on the sidelines of a seminar at the private Macau University of Science and Technology (MUST), where he was a guest speaker.

Leong said that Macau could learn from major cities around the world such as Bangkok and Venice to develop domestic marine transportation. According to Ieong, the government should consider setting up ferry routes connecting the city’s existing ferry piers and key sites in Macau, such as a ferry link between the Inner Harbour Ferry Terminal and the University of Macau’s campus on Hengqin Island.

“I suggest that a pier can be built on the University of Macau campus’s shoreline. Hence, we will have an additional transportation choice, and also be able to promote [water] sports,” Ieong said, adding that the future pier could encourage rowing and water sports. “We can create annual rowing or dragon-boat races there,” Ieong said, adding that such races could be “similar to the Oxbridge Boat Race” on the River Thames in England.

Ieong also said that Macau should co-operate with Guangdong to establish cross-border ferry routes linking Macau and some of the province’s popular tourist destinations like Zhuhai’s Wanshan Archipelago where, he added, “ocean tourism” was flourishing.

Before the Governador Nobre de Carvalho Bridge was built in 1974, ferries plied their services between the peninsula and Taipa, while a ferry route connecting Taipa and Coloane was operating until the Estrada do Istmo causeway opened to traffic in the 1960s, according to an interview with an elderly resident carried out by Chinese-language newspaper Exmoo News in April.

Last month, Secretary for Social Affairs and Culture Alexis Tam Chon Weng said in the Legislative Assembly (AL) that the government would study the feasibility of launching boat trips around the peninsula, Taipa and Coloane.

“When I was a child…we visited Coloane by boat…the planned boat tour would start from the Inner Harbour or Barra…it would include various tourist spots such as Macau Tower, Kun Iam Statute and Macau Science Centre,” Tam said.