Lawmakers call on government to support businesses and community during pandemic and ease Covid-19 control measures. 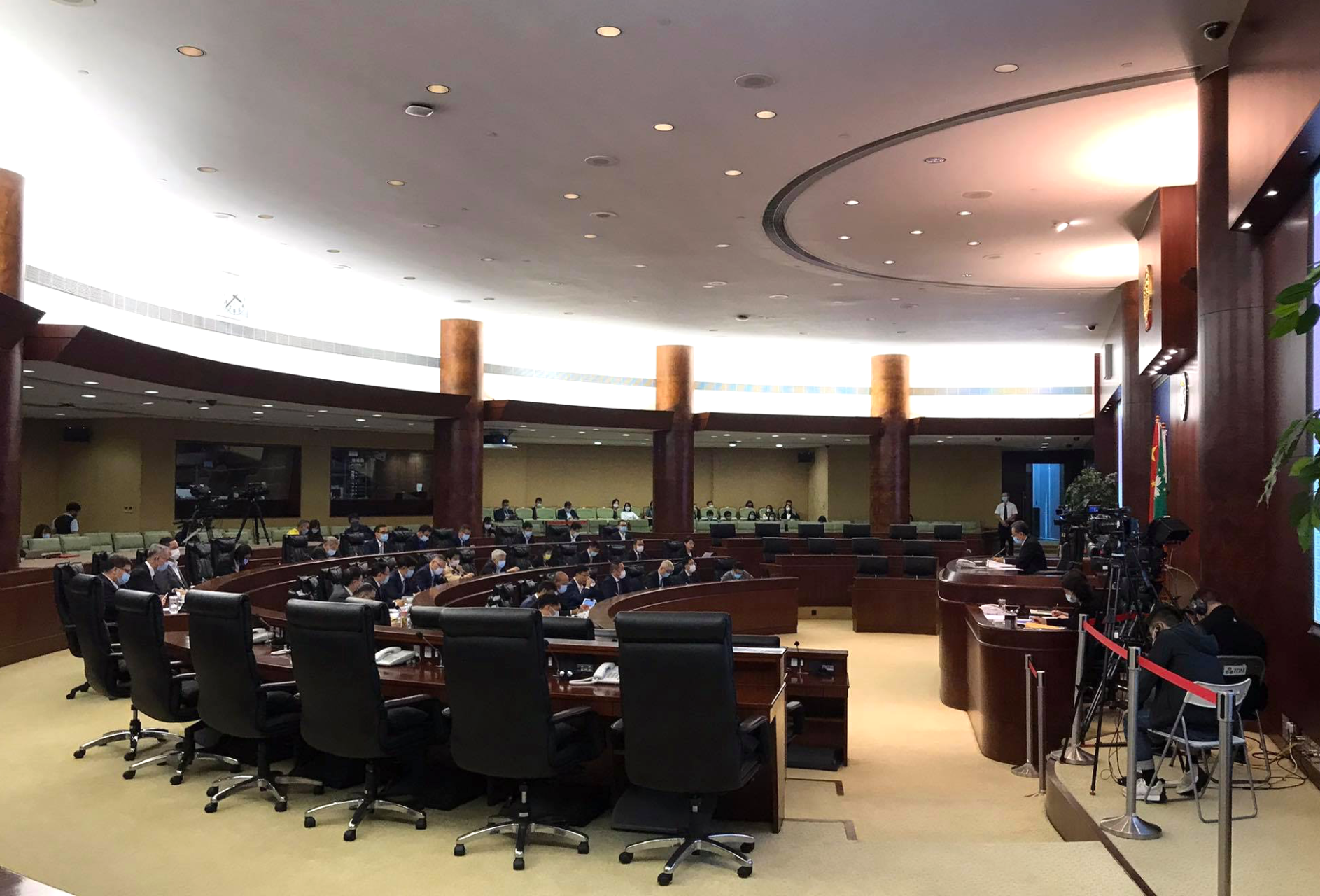 The legislature announced the results of the elections by secret ballot yesterday evening.

Indirectly-elected lawmaker-cum-banker Alan Ho Ion Sang was elected president of the seven-member Committee on House Rules, whose remit includes raising suggestions on amending the Legislative Assembly Procedure Rules. Ho is a vice-chairman of the Macao General Union of Neighbourhood Associations.

Directly-elected-cum-unionist Ella Lei Cheng I was elected president of the 10-member 1st Standing Committee, succeeding Ho. Lei is a vice-president of the Macao Federation of Trade Unions.

Chui was yesterday elected president of the Follow-up Committee for Land and Public Concession Affairs, which was chaired by Lei during the previous term.

Directly-elected lawmaker Wong Kit Cheng, a nurse by profession, was elected president of the Follow-up Committee for Public Finance Affairs. Wong, a vice-president of the Macao Women’s General Association, succeeds building contractor Mak Soi Kun, who has retired from the legislature.

The elections for the seven committees’ presidents and secretaries were carried out behind closed doors after yesterday’s plenary session, the second of the legislature’s new term, which ends in 2025.

During the first plenary session on 16 October – at the beginning of the new term, businessmen Kou Hoi In and Chui Sai Cheong were re-elected president and vice-president of the Legislative Assembly, while Ho and Si were elected first and second secretary of the legislature’s executive board.

Kou, a local deputy to the National People’s Congress, has headed the legislature since 2019 when he replaced Ho Iat Seng who was then running for the post of Macao’s chief executive.

Chui Sai Cheong is the elder brother of former chief executive Fernando Chui Sai On. José Chui is a cousin of both.

The executive board, the legislature’s top management body, also suggests the number of members for each standing committee and who should join which one.

During yesterday’s plenary session, lawmakers unanimously passed the executive board’s suggestion concerning the number of members of each standing and follow-up committee and the list of lawmakers on each committee.

The legislature’s standing committees are tasked with reviewing bills after their outlines have been passed by a plenary session.

The Administrative Committee consists of a lawmaker elected by fellow legislators, the secretary-general of the legislature, and a staff member from any of the departments and offices in the legislature. The lawmaker chairs the committee.

As is customary, a number of legislators made statements before the order of the day of yesterday’s plenary session. They urged the government to strengthen its support measures for the community and businesses in response to the Covid-19 pandemic. They also called for the gradual easing of the government’s control measures in order to help businesses recover from the economic downturn caused by the novel coronavirus threat, The Macau Post Daily reported.