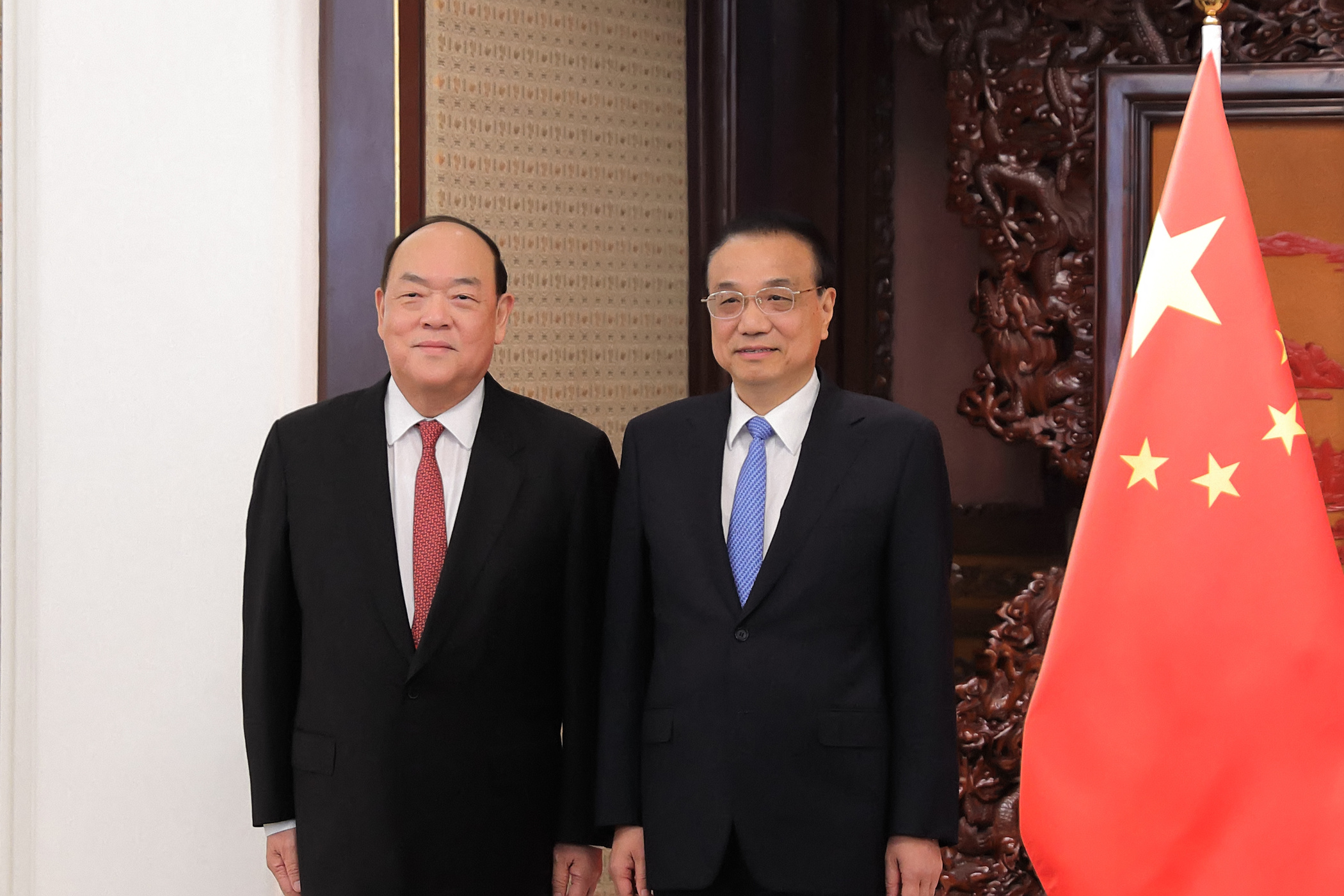 Premier Li Keqiang has met with Chief Executive Ho Iat Seng, who is on a duty visit to Beijing, to discuss Macao’s current situation and the SAR government’s work.

The central government will continue to implement the policies of “one country, two systems,” “the people of Macao administering Macao,” and a high degree of autonomy for the region, Li said. 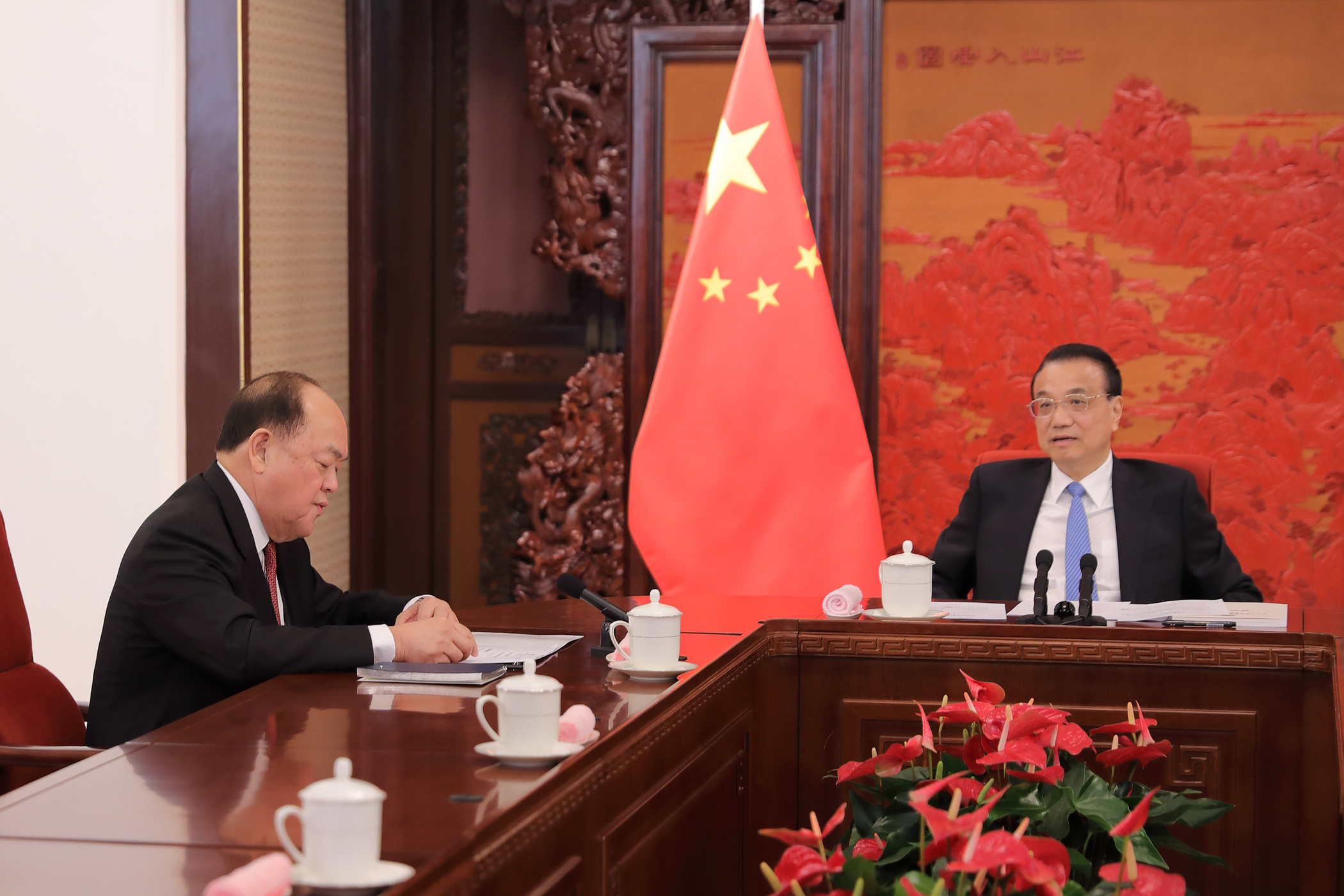 Li vowed to improve the region’s systems and mechanisms for enforcing the Constitution and the Basic Law. The central government fully supports the chief executive in leading the SAR government to exercise law-based administration.

Li voiced his hope that Macao will take the initiative in coordinating with national development strategies as well as participating in and advancing the Guangdong-Macao in-depth cooperation zone in Hengqin.

Li also said he hopes that Macao continues its efforts in curbing the epidemic and improving people’s livelihood. Such efforts will lay a solid foundation for lasting prosperity and stability for the region, Li said.

Ho expressed appreciation for the central government’s concern and support, adding that Macao will maintain effective control over the epidemic, boost the economic recovery at a stable pace, and seize the opportunities of the country’s development.