Local residents’ identity rating as Chinese citizens has increased significantly compared to a year ago, according to an annual survey 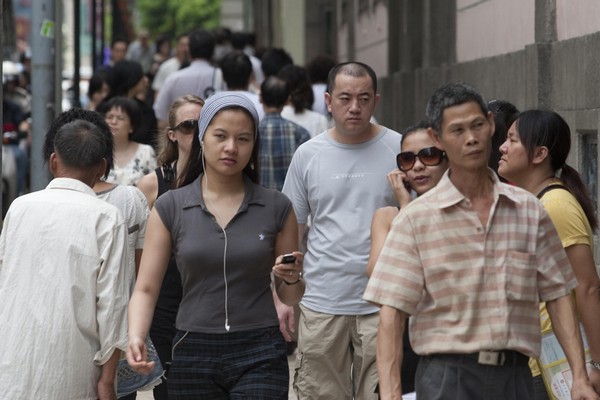 Local residents’ identity rating as Chinese citizens has increased significantly compared to a year ago, according to an annual survey conducted in December by the Public Opinion Programme (POP) of the University of Hong Kong (HKU).

The results of the second part of the survey were released on its website on Thursday. The survey was conducted on December 8-9 when researchers interviewed 510 Macau residents through a random telephone survey.

“In terms of ethnic identity, people’s identity rating of being a ‘Chinese citizen’ has increased significantly [from 7.66 marks] compared to one year ago, [it] now stands at the same rating of ‘Macau citizen’, at 7.9 marks,” the HKU website says, adding that residents’ net trust in the local government has not changed much, but that trust in the central government has increased significantly to a positive 44 percentage points over the last year.

Regarding the nation’s future and the “one country, two systems” principle, respondents’ net confidence has rebounded to positive 76 and 60 percentage points respectively, the website says. The two figures stood at 66.4 and 46.5 in the same survey conducted in December 2014.

While, according to the website, residents’ confidence in Macau’s future has remained positive, its net value has significantly dropped to a new record low since the city’s reversion from Portuguese to Chinese administration in 1999, standing at positive 43 percentage points.

The website also says that, as for the respondents’ appraisal of news media in general, the credibility rating slightly went up to 5.23 marks from 5.2 out of 10 one year ago.

The first part of the survey was published on December 18, showing that local residents’ appraisal of the city’s overall development dropped significantly last year, and they were pessimistic for 2016 as well.