In an attempt to reduce traffic congestion during the 62nd Macau Grand Prix (MGP) next week, the city’s over 29,000 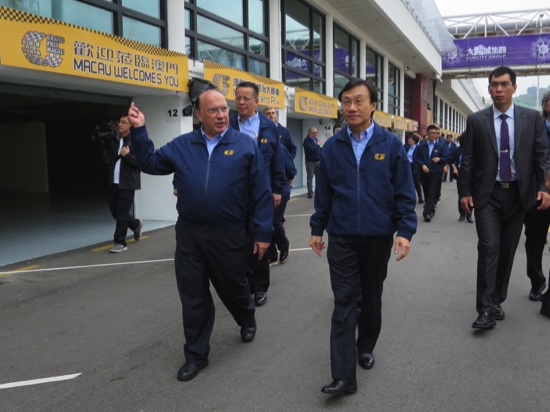 In an attempt to reduce traffic congestion during the 62nd Macau Grand Prix (MGP) next week, the city’s over 29,000 public servants can begin work any time between 8 a.m. and 10 a.m. on Thursday and Friday next week.

The policy secretary also said that this was the first time such a flexi-time arrangement will have been in place, a move he described as a “breakthrough”.

Tam made the announcement after inspecting various facilities at the MGP complex next to the Outer Harbour Ferry Terminal. Tam took part in a religious ceremony praying for the smooth running of all the races from Thursday to Sunday next week, when the first ever FIA GT World Cup will be held.

Tam also said that he understood that the Grand Prix is inconveniencing residents, namely due to increased traffic congestion during the four-day event – the first two days for practice and qualifying races, adding that to reduce traffic congestion during the Grand Prix the government had come up with public servants’ flexible working hours on Thursday and Friday next week so that they could begin work at any time between 8 a.m. and 10 a.m.

He told media earlier this year that the budget for the 62nd Macau Grand Prix will amount to between 200 million and 210 million patacas, almost the same as last year.