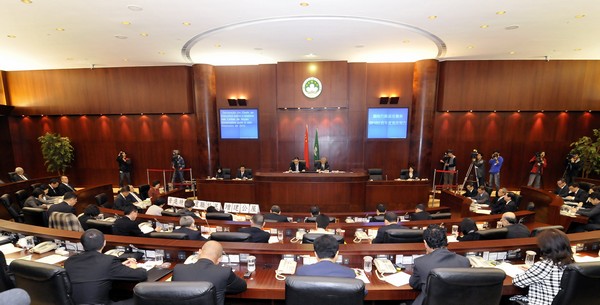 The majority of the opinions from the first of the 10 consultation sessions that the government hosted Thursday to gather public views on its proposal for the city’s political development showed that its so-called “+2+2” option, which means two more directly and two more indirectly-elected seats in the legislature while the current number of government-appointed lawmakers would remain unchanged, appears to be gaining popular support.

According to The Macau Post Daily today, about 110 representatives from several civil service associations, the legal fraternity and the government-appointed consultation committees under the portfolio of Secretary for Administration and Justice Florinda Chan Lai Man were present at last night’s 1 1/2-hour session held at the Macau Tourism Activities Centre (CAT) in Zape. Chan also attended the meeting.

A total of 20 of the over 100 participants gave their views on the government proposal. Most of them said that they supported the government’s “+2+2” option.

However, civil service unionist-cum-lawmaker Jose Pereira Coutinho called for four more directly-elected seats by cutting four of the government-appointed lawmakers while the current number of lawmakers would remain intact.

Currently there are total 29 lawmakers in the legislature, comprising 12 directly-elected, 10 indirectly-elected and seven government-appointed members.(macaunews)