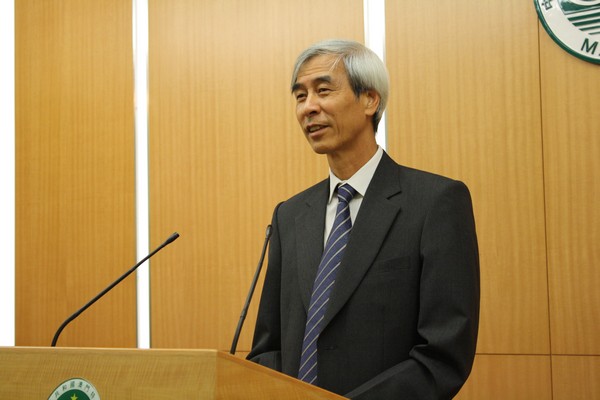 Leong said the Executive Council had completed discussing a bill proposing a number of changes to the current anti-drug law, based on suggestions from the government-appointed Anti-Drug Committee, adding that the latter had unanimously backed the proposed changes.

Leong said since the current anti-drug law took effect six years ago, it was time for it to be reviewed and adjustments to be made. He said the amendment bill was proposing four changes: longer sentences for drug-related crimes, a cap to the amount of drugs an individual can carry to be considered for personal use, and setting up measures to enable the police to collect urine samples.

The bill also proposes to raise the minimum sentence for drug-selling from the current three years to five years, as well as replacing the maximum three-month sentence for drug-taking with the more severe sentence of three months to one year, according to Leong.

The current maximum sentence for drug-selling would remain unchanged at 15 years.

Legal Affairs Bureau (DSAJ) Deputy Director Leong Pou Ieng said the proposed changes were meant to encourage drug takers to opt for a suspended rehabilitation sentence instead of serving time behind bars. She pointed out that currently the suspended sentence often lasted one to two years, so many people who were caught taking drugs would rather take the shorter prison sentence, which she added averaged just 1.9 months in 2014.

Social Welfare Bureau (IAS) Prevention and Treatment for Drug Dependence Department Chief Hon Wai, who sits on the Anti-Drug Committee, said while he understood that anti-drug punishment is often less severe in developed nations than in their developing counterparts, he insisted that Macau’s penal law needed to be compatible with nearby regions, so the government was proposing to increase the length of the prison sentences. However, he was quick to add that, comparatively speaking, Macau’s punishment would still be lighter than in its neighbouring jurisdictions.

Leong Heng Teng said the cap to the amount of drugs carried by an individual was proposed because without it, even if a person was found carrying a large amount of drugs, he or she should still claim that they were for personal use, so they would only be punished by the lighter drug-taking sentence.

The bill proposes that if the amount of drugs carried is more than the amount one would usually take in five days, then it would be considered a drug-selling offence.

The government now has to submit the bill to the legislature for debate and vote.

Penal legislation is a prerogative of the legislature.