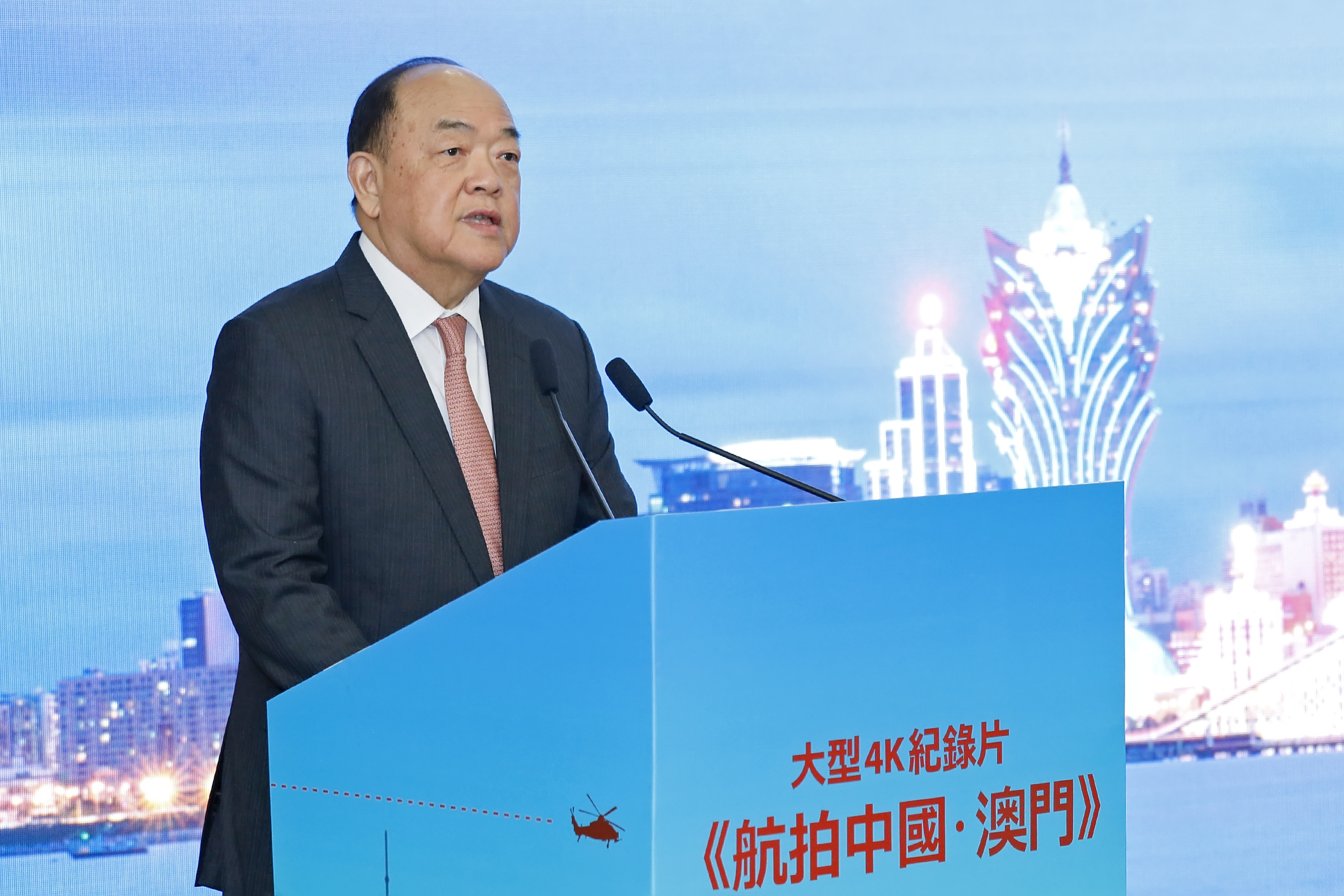 The accord was signed on Saturday by Secretary for Social Affairs and Culture Elsie Ao Ieong U and Xing Bo, director of the Hong Kong, Macao and Taiwan Affairs Office of CMG, according to an official statement.

Chief Executive Ho Iat Seng, Shen Haixiong, vice-minister of the Publicity Department of the Central Committee of the Communist Party of China (CPC) and president and chief editor of China Media Group attended the signing ceremony.

After the signing ceremony, Ho, Shen and Zhang presided over a ceremony that marked the start of the filming of a 4K high-definition “Aerial China” documentary in Macao, the cooperation agreement’s first project.

Aerial China is a documentary television series showcasing the country’s landscape through aerial videos. It was launched in 2017.  Ho said in a speech during the launch ceremony that “Aerial China” would help promote Macao’s global image as a “small but beautiful” city and the vitality of the “One Country, Two Systems” principle.

Ho also underlined Macao’s status as the country’s third UNESCO City of Gastronomy, based on which China Media Group will produce a programme entitled “The Taste of Macao”.

Macao is known for its wide culinary range comprising Chinese, Macanese, Portuguese, Thai, Japanese and other cuisines. Macanese cuisine, which includes Portuguese, Chinese, Indian and Malay recipes, is said to be one of the world’s oldest fusion cuisines.

Meanwhile, both sides also announced the launch of a string of sports events in Macao next year such as the final of the second season of Top Speed China a car competition that combines racing, technology, cultural and creativity involving the world-famous Guia Circuit.