Macao must continue to open and not return to the past: Ho Iat Seng Link copied 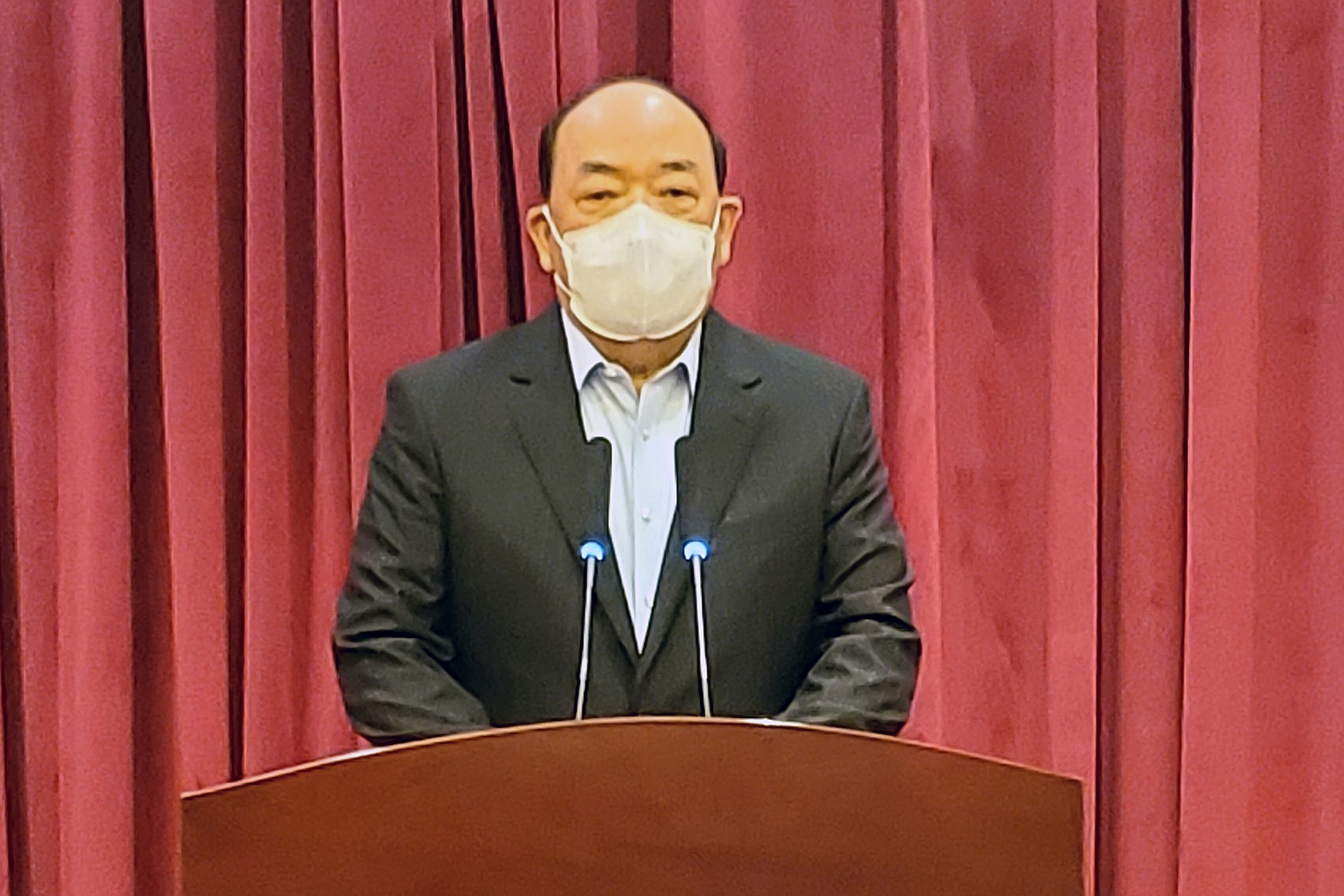 The chief executive said on Saturday after a visit to Beijing where he met President Xi Jinping and Premier Li Keqiang, that he hopes that Macao’s situation will soon get back to normal.

Ho Iat Seng told both the president and the premier about the negative and severe impacts the pandemic had had on the economy of Macao and the life of its inhabitants.

Ho Iat Seng announced after returning to Macao that the central government should soon launch new policies related to the lifting of restrictions caused by the pandemic.

“We will continue to open, and not return to the past, allowing everyone to get back to normal as quickly as possible,” he said.

Ho confirmed that “the government will fight, together with the population, the epidemic situation and overcome the difficulties” and that, therefore, “citizens do not need to worry”.

The chief executive indicated that the government will encourage more doctors from the private sector to support public health services, with the aim of alleviating the pressure on medical appointments and emergency services in public hospitals.

He added that in the Islands Health Care Complex “1,000 beds are available and the human resources in the health area will gradually correspond to the needs of the present situation, but if needed the government still has a reservation for another 4,500 beds in the designated hotels”.

The chief executive also said that Macao “has to remain consistent with the national epidemiological prevention policy, and, after a gradual relaxation of national policies since 7 December, the situation in Macao and mainland China has been the same”.

Ho Iat Seng recognised that “one can already see the light of hope but everyone still has to overcome the difficult days, in order to reach the normalcy of life”.

The Macao government “is committed to supporting the population, namely ensuring the supply of medicines in medical institutions”, he said.

The city’s Health authorities have estimated that around 80 per cent of the 670,000 population will be infected by the Omicron virus.

Last Friday, Elsie Ao Ieng U, Secretary for Social Affairs and Culture, said that around 155,000 positive cases have been detected.

She also said that hundreds of hospital staff have also been infected but many continue to work because of a lack of professionals in the health sector.

She said that the peak of the pandemic will be in one or two weeks, meaning early January, but she also admitted that later on seniors and more vulnerable people could still be in danger of getting the virus.

After the recent relaxation of the strict measures that have been in force for almost three years in Macao, the border with Hong Kong was opened, buses started daily services between Macao and Hong Kong, while ferries between Macao and the Hong Kong International Airport will start operating by the end of the year.