President Xi Jinping heard a work report via video link from Macao Chief Executive on the special administrative region government's work in 2020 and its current situation. 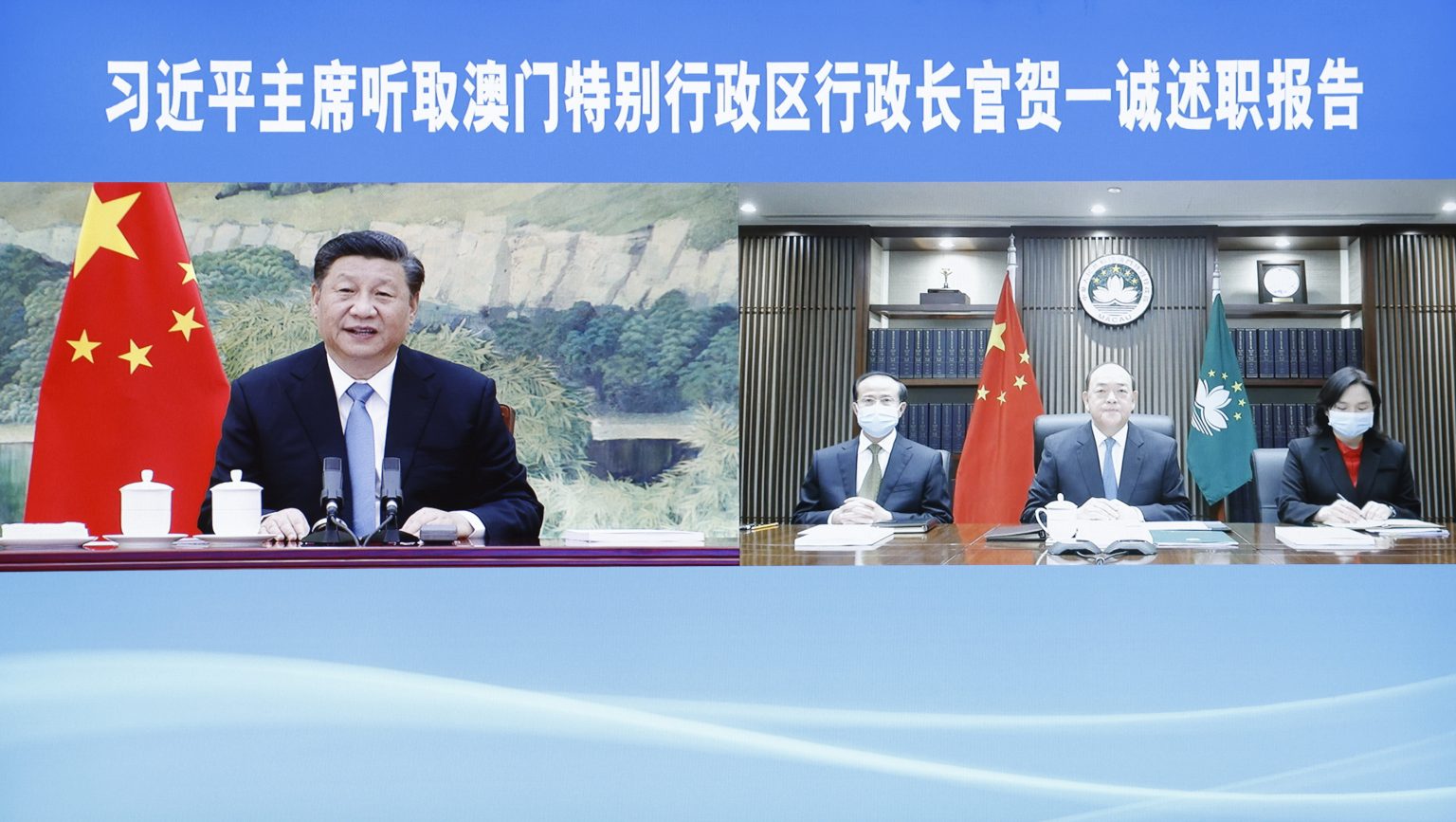 During the conversation Xi highlighted the work of Ho and the Macao government to tame the Covid-19 epidemic in the SAR in a fairly short period, as a result of quick response and forceful measures.

No new local infections have been reported in Macao for more than 300 days, an achievement highly appreciated by local society, according to Xi.

“While preventing and controlling the Covid-19 epidemic, effective measures have been taken to restore the economy and overcome the people’s difficulties. These measures have achieved positive results and promoted social harmony in Macao,” Xi told Ho.

“The central authorities fully acknowledge the work you and the Macao government have done,” Xi said.

He said the central authorities will continue to give full support to Macao in coordinating epidemic response with economic and social development.

Xi also highlighted support to Macao in improving its legal system for safeguarding national security and corresponding enforcement mechanisms, moving faster in promoting an appropriate level of diversity in its economy, better integrating into the country’s overall development, and further advancing the successful “one country, two systems” practice with Macao characteristics.

According to Xinhua News Agency Ho Iat Seng “expressed his sincere gratitude for the care and support provided to Macao by the central authorities.”

Ho said he will continue to lead people in Macao to break new ground for the practice of the “one country, two systems” with Macao characteristics.