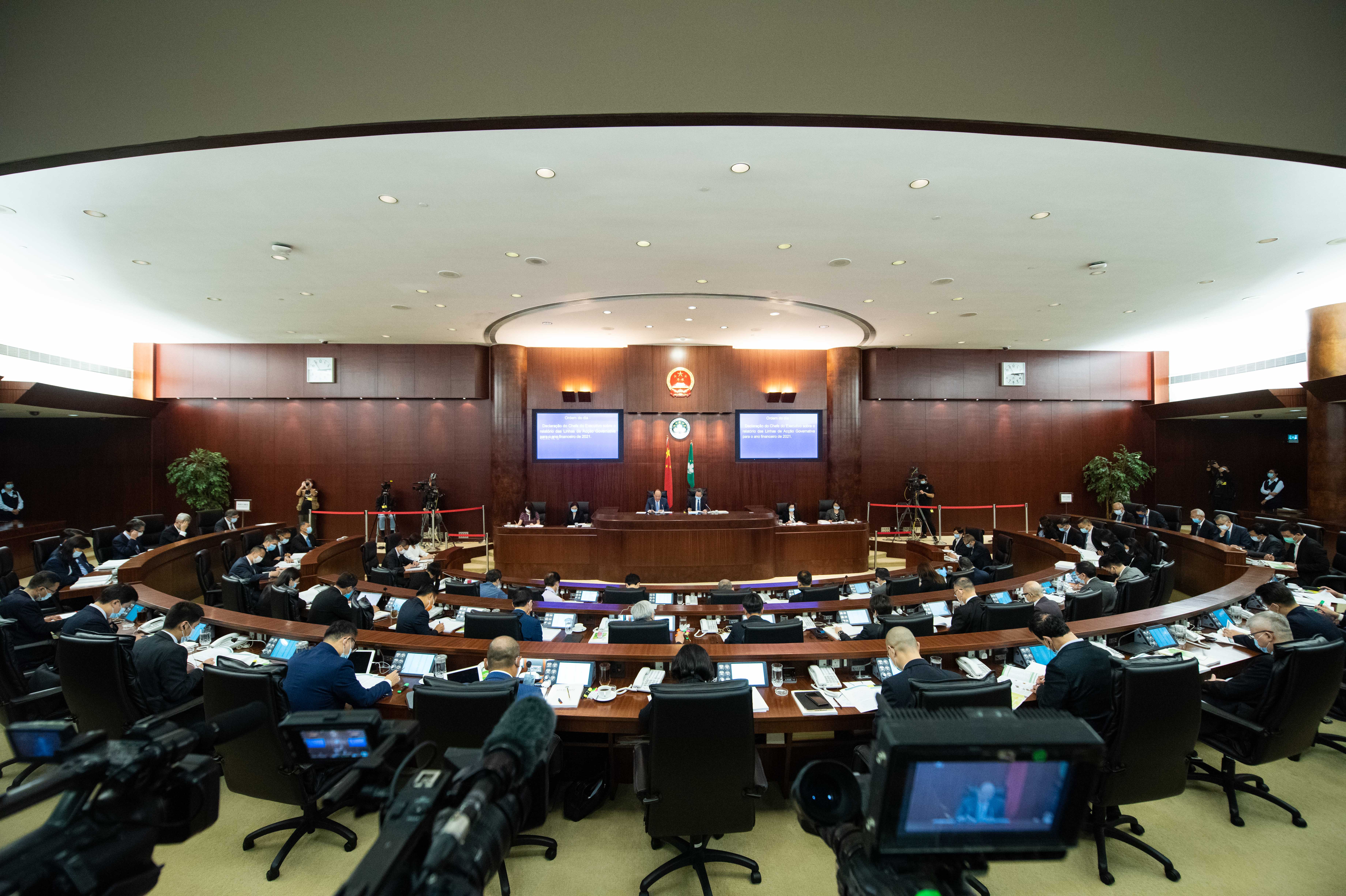 Kai Fong suggested that the government continue to improve its Covid-19 prevention and control work, and liaise with the central government on the possible relaxation of the movement of people between Macao and mainland China.

Ho noted that while Macao’s Covid-19 vaccination rate stands at over 90 per cent, there are still over 6,000 senior citizens who haven’t received any Covid-19 shots. He said he hoped that Kai Fong would help to contact the senior citizens to get vaccinated.

Ho pointed out that the central government has meanwhile confirmed that it will roll out a string of measures to support the development of Macao’s tourism industry, as boosting visitor arrivals to Macao is key to the recovery of the local economy, which the local government is confident will rebound.

Fu Luen called on the government to focus on the property ladder, to help residents ascend to higher levels of home ownership, and to speed up construction of the Islands Healthcare Complex in Cotai to prepare for any possible public health crisis in Macao.

Ho said that the property ladder set up by the local government aims to solve residents’ housing problem, taking into account the housing needs and purchasing power of people from different social strata.

The government will ensure the effective use of social resources so that residents get a fair share of the government’s housing benefits, he said.

Ho added that he believed that the completion and operation of the Islands Healthcare Complex in the future will effectively meet residents’ demands for specialist medical services.

Responding to ACM’s suggestion that the government focus on building the Guangdong-Macao In-depth Cooperation Zone in Hengqin, Ho said that the zone’s first year of operation had been fruitful and that the future development would focus on the development of the traditional Chinese medicine sector under the big health industry approach, as well as on the creation of better living conditions making it easier for Macao residents to work and live in mainland China.

Secretary for Economy and Finance Lei Wai Nong, who also attended the meetings yesterday, said that the government would soon announce a new round of inclusive measures, stressing that it had not been easy to accumulate Macao’s financial reserves and that it was necessary to save some of the reserves to meet the needs of the economic cycle.

Ho is slated to deliver his 2023 Policy Address in the hemicycle of the Legislative Assembly in November, The Macau Post Daily reported.