Fu points to development of gaming industry and diversification of industry laying a solid foundation for long-term prosperity and stability of Macao. 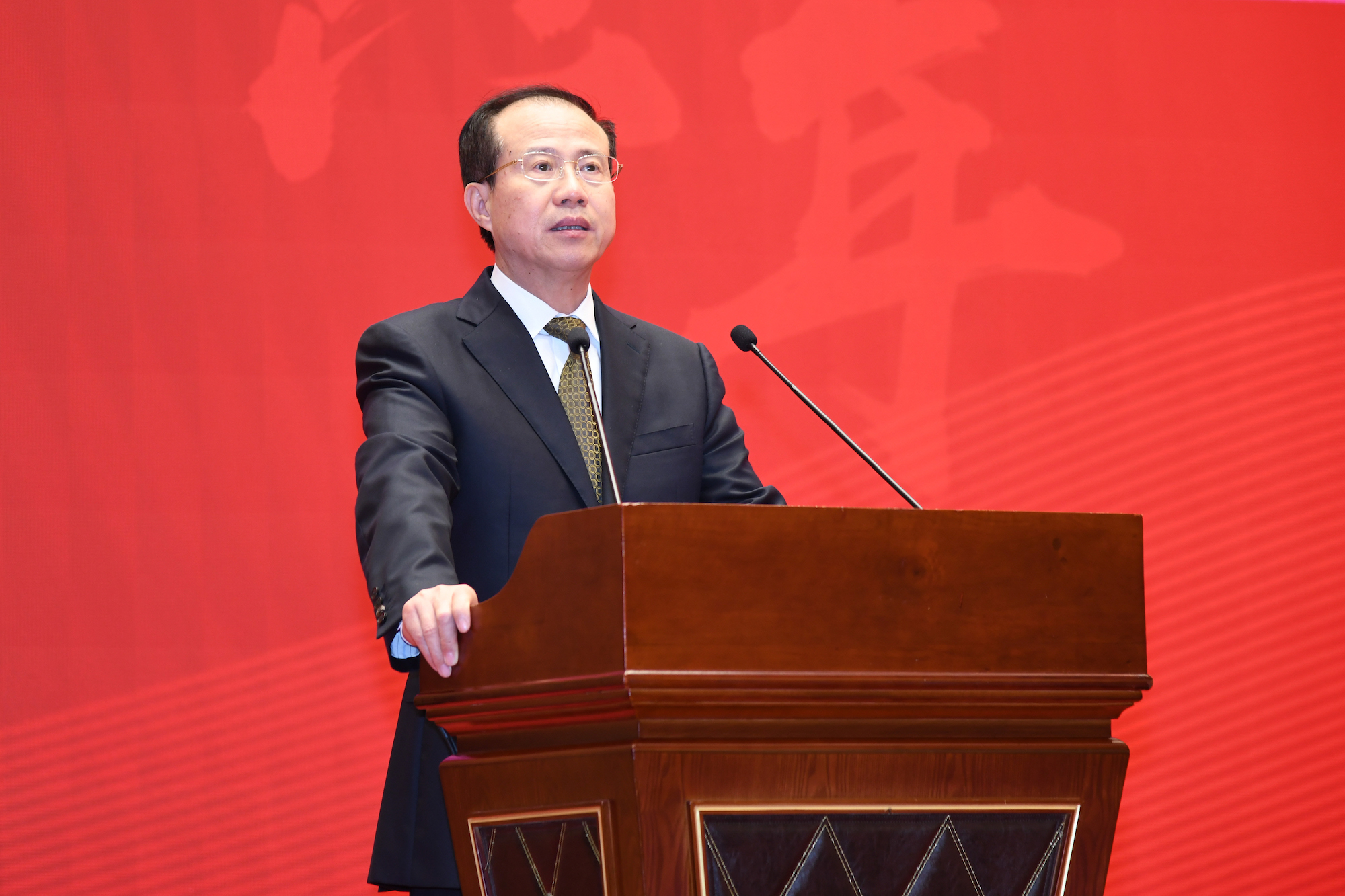 Liaison Office Director Fu Ziying reaffirmed yesterday he hoped that “everyone will firmly safeguard the overall jurisdiction of the Central People’s Government over the Macao Special Administrative Region (MSAR).

Fu, the highest-ranking central government official posted to Macao, also said he hoped that everyone will safeguard the constitutional order of the MSAR as determined by the nation’s Constitution and the Macao Basic Law, safeguard the national interests of sovereignty, security and development, implement the fundamental principle of “patriots governing Macao” and ensure that the practice of “One Country, Two Systems” in Macao does not deviate from its proper direction and will proceed steadily and go far.

Fu, who has headed the Liaison Office of the Central People’s Government in the MSAR since December 2018, made the remarks during a Spring Festival reception hosted by the office at the Services Platform Complex for Commercial and Trade Cooperation between China and Portuguese-speaking Countries.

Fu also said that the appropriate diversification of Macao’s economy is the only way ahead for Macao’s sustainable development, “and it is also the common expectation of all.”

Fu also said he hoped that while fighting the Covid-19 epidemic and recovering the economy together, “we will promote the healthy and orderly development of the gaming industry, actively explore the cultivation of diversified industries and strive to set up a reasonable industrial layout, so as to lay a solid foundation for the long-term prosperity and stability of Macao.”

Fu underlined that “Macao has the advantage of “connecting the East and the West and facing the world,” adding that Macao “is the bridgehead of the country’s two-way opening-up.”

Fu also said that based on President Xi’s care for Macao and trust in Macao, the MSAR is called upon to write a new chapter in the successful practice of “One Country, Two Systems” with Macao characteristics in the Year of the “majestic” Tiger.

In his comprehensive speech, Fu quoted President Xi as saying that “the motherland has always cared about the prosperity and stability of Hong Kong and Macao.”

Chief Executive Ho Iat Seng said in his speech at the reception that “the year 2021 was clearly an unusual year.” He listed a string of endeavours that Macao undertook last year such as its successful fight against Covid-19, its smooth Legislative Assembly elections, its full implementation of the principle of “patriots governing Macao”, the successful launch of the Guangdong-Macao In-depth Cooperation Zone in Hengqin project, further efforts to improve the legal framework of Macao’s national security and Macao’s integration into the national development process.

He also said that 2022 is a crucial year for the nation to reach its second centenary goal [of becoming a strong, democratic, civilised, harmonious, and modern socialist country in 2049, i.e., the 100th anniversary of the founding of the People’s Republic of China].

He underlined the government’s ongoing efforts to speed up the appropriate diversification of the local economy and to accelerate the development of the Guangdong-Macao In-depth Cooperation Zone in Hengqin.