Lawmakers yesterday expressed their wish thatrepresentatives from the government, courts, public prosecution and lawyersassociation could get together to discuss the 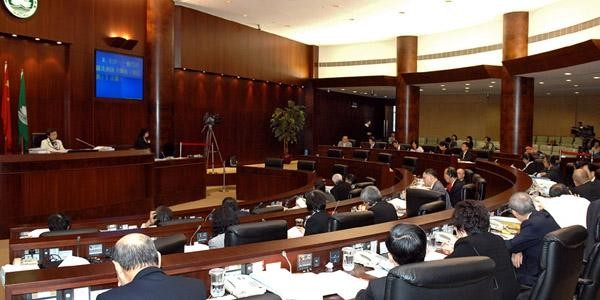 Lawmakers yesterday expressed their wish thatrepresentatives from the government, courts, public prosecution and lawyersassociation could get together to discuss the government-drafted amendment billon the Code of Criminal Procedure that is widely seen as cumbersome andoutdated.

Indirectly-elected lawmaker-cum-banker Cheang ChiKeong, who heads the legislature’s Third Standing Committee, expressed thelawmaker’s wish to reporters after a meeting with representatives from thePublic Prosecutors’ Council to listen to opinions and suggestions from thecouncil about the bill.

Cheang was quoted by The Macau Post Daily as sayingthat the bill was aimed at ensuring better protection to parties involved in acourt case as well improving judicial efficiency.

“All of us – the government, legislature, lawyers, courts and prosecutorsand lawmakers –are working hard to move towards this goal … I believe that thebill can be improved if we all sit together to work on the bill,” Cheang said.

For instance, the bill suggests that it will be acompulsory to make a video recording of anyone making a statement about aparticular lawsuit, Cheang said. Currently this is not the case, he pointedout.

“Whether such a measure [compulsory video recording] will protect theinvolved parties or just weaken their rights… such an issue could be discussedbetween the representatives from the government, legislature, courts, lawyersassociation and public prosecution,” he said, adding he hoped the courts andlawyers association would submit their opinions and suggestions about the billon October.

The draft amendment, the outline of which was approvedin June, suggests that criminal cases in which suspects are non-locals shouldbe classified as urgent. The bill also states that the visually impaired andminors will be automatically granted legal aid.

Thedraft also suggests creating a fast-track procedure for certain cases.According to the draft, the fast-track procedure is meant for criminal casesthat carry a maximum jail term of three years and a fine, or just a fine andthat involve “irrefutable” evidence.  (macaunews)