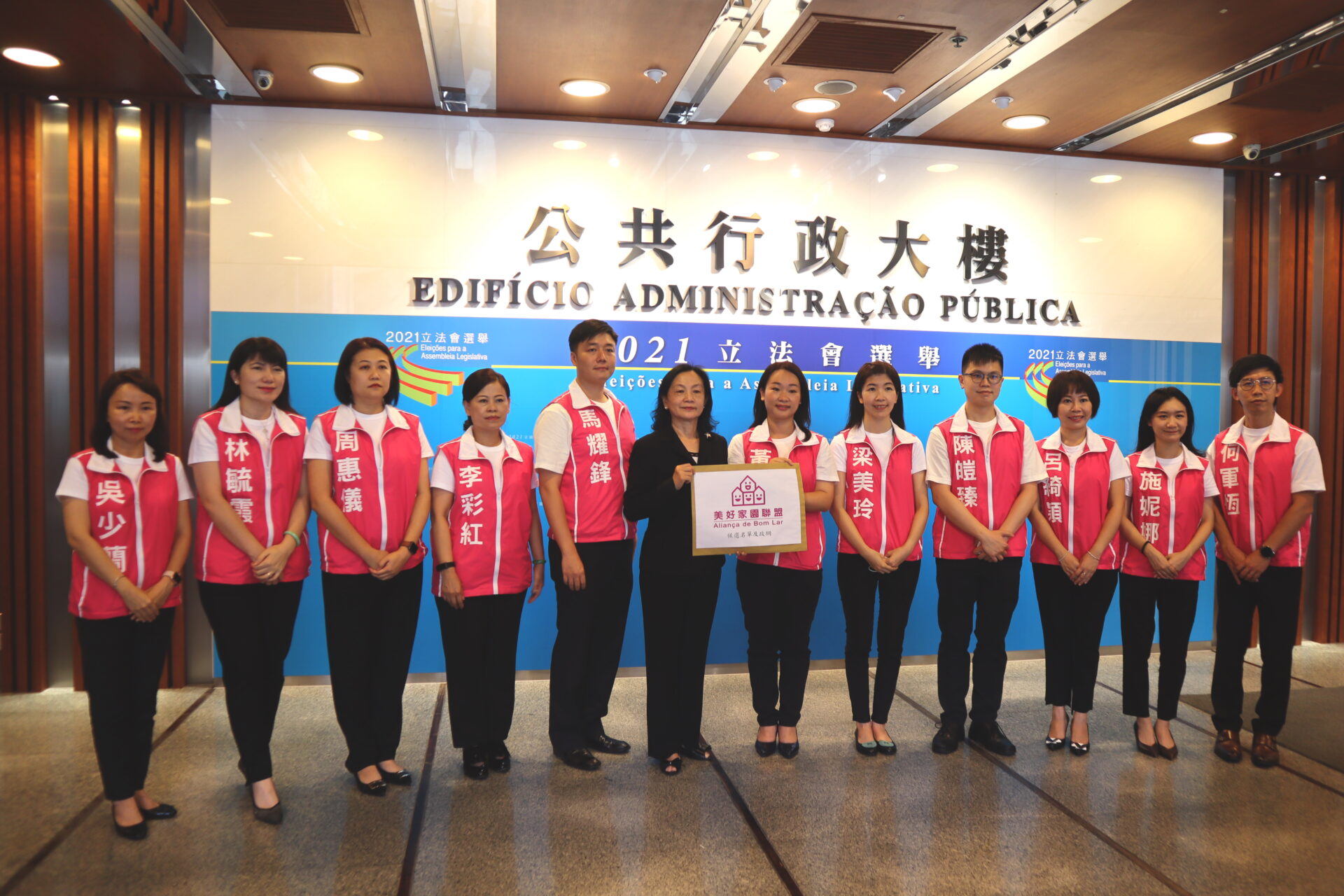 Alliance for a Happy Home and the Power of Political Thought both ran in the legislature’s direct election four years ago, but New Macao Progressive Association and the Dialogue Power are running for the first time.

None of the Power of Political Thought candidates were elected in 2017, but Alliance for a Happy Home’s first-ranked candidate – incumbent lawmaker Wong Kit Cheng – won a seat.

This September, Wong will continue to head Alliance for a Happy Home. A nurse by profession, Wong is a senior board member of the Macao Women’s General Association – one of the city’s biggest community associations.

Alliance for a Happy Home garnered 9,496 votes in 2017, ranking 11th in terms of the number of votes obtained. Wong said that her List would focus on safeguarding the rights and benefits of women and children and campaigning for family-friendly workplace policies.

Nelson Kot Man Kam, who previously worked as an inspector in the Gaming Inspection and Coordination Bureau, headed the Power of Political Thought List in 2017, when it got just 672 votes. For the upcoming election, the list will continue to be headed by Kot, who has appeared frequently in the media as a current affairs commentator since his unsuccessful bid four years ago.

Kot said that his List would focus on public administration reform and the implementation of an accountability system for senior officials.

While the New Macao Progressive Association List will run in the election for the first time, it will be headed by former lawmaker Paul Chan Wai Chi.

Chan won in the 2009 direct election, when he was the second-ranked candidate of the Democratic Prosperous Macao Association List which was then headed by veteran lawmaker Ng Kuok Cheong.

In the 2013 direct election, Chan continued to be the number-two candidate on Ng’s list, while in the 2017 direct election he was the second-ranked candidate of the New Macao Progressive electoral list which was then headed by Sulu Sou Ka Hou, who was elected as a lawmaker for the first time and continues to head the New Macao Progressives List for the upcoming election.

Dialogue Power will be headed by Choi Man Cheng, who works in the new media design sector.

Choi became president of the Macao Youth Federation – one of the city’s biggest community associations – last year. Choi said that his List would focus on career planning and development for young people and housing issues, apart from urging the government to get sandwich class housing projects off the ground.

Each direct election List must have at least four and no more than 14 candidates.

A total of 19 electoral Lists will run in the upcoming direct election. Four years ago, 25 candidacy Lists vied for the 14 seats at stake.

The legislature’s 14 directly-elected members are chosen by universal suffrage, based on the proportional representation system.