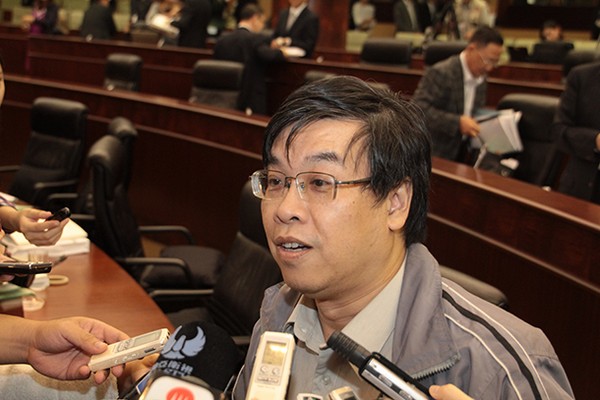 Grassroots lawmaker Antonio Ng Kuok Cheong said on Sunday that all members of the city’s future non-political municipal organs should be elected directly by popular vote, adding that only directly-elected members would “automatically” reflect the public’s concerns and opinions.

Ng, a founding member of the grassroots New Macau Association (NMA), made the appeal during a meeting held by the association at its office about the possible setting-up of non-political municipal organs as stated in Macau Basic Law.

Article 95 of the Macau Basic Law states that “municipal organisations which are not organs of political power may be established in the Macau Special Administrative Region. Entrusted by the government of the region, they shall provide services in such fields as culture, recreation and environmental sanitation, and shall be consulted by the government of the region on the above mentioned affairs.” Article 96 states that “the functions, powers and structure of the municipal organisations shall be prescribed by law.”

Secretary for Administration and Justice Sonia Chan Hoi Fan has said that she expects the municipal organs to be set up in 2017. She has also said that the government has not decided yet whether the members of organs will be elected. She has promised that the government will carry out a public consultation on the matter later this year.

Addressing the meeting, Ng said he realised that whether members of the city’s government-appointed councils or committees are re-appointed or not was not really due to their performance but their relationship with “some” officials.

About a dozen guest speakers and audience members attended the conference.

He said that only if all the members of the future’s non-political municipal organs are elected by popular vote would they have the responsibility and “automatically” give voice to the public’s concerns and opinions.