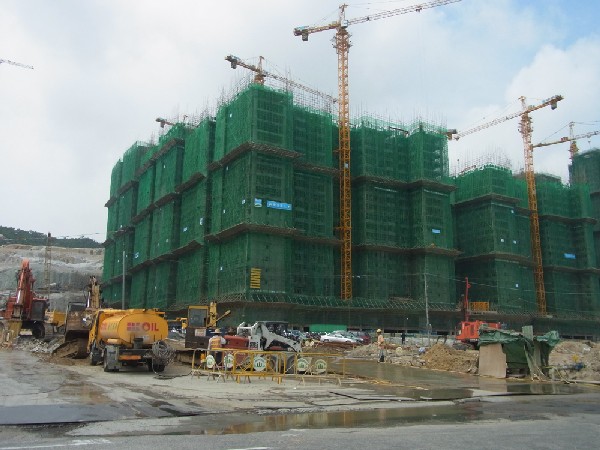 The 1,824 subsidised home-ownership scheme (HOS) flats at the mammoth public housing estate in Coloane’s Seac Pai Van are priced from 488,000 patacas to 1,097,300 patacas, the government announced in the Official Gazette (BO) Monday.

Housing Bureau (IH) President Tam Kuong Man said in a press conference at his bureau Monday that the price of the HOS units in Koi Nga Building was based on households’ purchasing capability, the location of the building, the year it was built – as well as the size of the flats and the direction that they face.

Tam went on to explain the formula to calculate the price of the HOS flats at the public housing estate, which works out at an average of 1,137 patacas per square foot.

According to a statement from the Housing Bureau, Koi Nga Building is composed of eight blocks of flats, all 27-stories high.  Of the 1,824 HOS flats, 392 are one-bedroom, 1,160 are two-bedroom and 272 are three-bedroom units.

Based on the statement’s price-list, the building’s one-bedroom flats measuring between 31.53 square metres and 31.77 square metres cost between 488,000 patacas and 626,200 patacas.

There will be a public car park with 692 spaces for cars and scooters on the estate, as well as a community centre, a crèche and residences for disabled people. The building will have a central natural gas system and toilets there will use renewable water sources for flushing.

Tam said the bureau will be sending out letters today to inform families eligible to buy HOS units of their time-slot to view the flats, starting from June 5, and the families will be able to choose the flat they want to buy from June 12.

According to the bureau’s figures, a total of 7,317 eligible households were waiting for HOS flats as of May 18. Being housed on the peninsula was more popular, with 7,167 preferences, while 2,894 families also opted for an HOS flat in Taipa, and just 479 families chose to live in Coloane.(macaunews)