Chief Executive Ho Iat Seng has said that the government would need to comprehensively consider the employment of local residents when determining an appropriate number of non-local talents allowed to work in Macao. 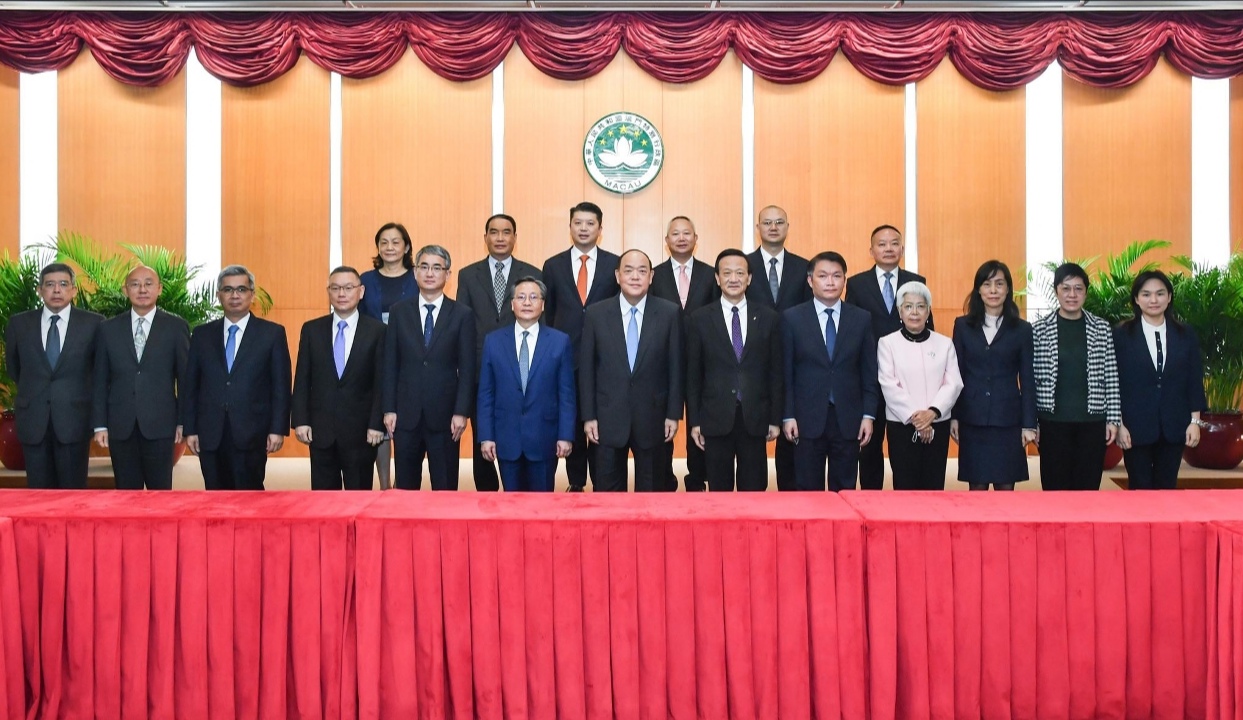 In a closed-door meeting with 11 local deputies to the National People’s Congress (NPC) earlier this week, Chief Executive Ho Iat Seng said that the government would need to comprehensively consider the employment of local residents when determining an appropriate number of non-local talents allowed to work in Macao, adding that they should be hired in a way that would help the city’s economic diversification, according to a Government Information Bureau (GCS) on Wednesday.

Macao has 12 deputies to the nation’s top legislature.

According to the GCS statement, Ho met the 11 local NPC deputies at Government Headquarters on Tuesday where he listened to their opinions and suggestions on the drafting of his 2021 Policy Address, which he is slated to deliver next month.

According to the statement, the 11 local NPC deputies raised a raft of topics such as the city’s economic diversification, the hiring of non-local talents, public administration reform, flooding in the city’s low-lying areas, public project investment, consumption subsidies, the gaming sector’s sound development, housing policies, taxation, education development, COVID-19 prevention work, Macao’s participation in the development of the Guangdong-Hong Kong-Macao Greater Bay Area (GBA), and the development of the Guangdong-Macao Intensive Cooperation Zone in Hengqin.

During Tuesday’s meeting, Ho, a former president of the Macao Legislative Assembly and member of the elite NPC Standing Committee, said that the government will seriously study the suggestions raised by the 11 local NPC deputies, adding that he will tell his five policy secretaries to draw up their respective policy guidelines for next year in reference with the suggestions, according to the statement.

Ho said that the development of the finance industry would be another new source for Macao’s economic growth, adding that the government planned to draft a number of relevant laws in support of the sector’s constant development. Ho also said that if the local business sector introduces good projects, the government would “certainly” provide the necessary support.

Ho said that non-local talents allowed to work in Macao have to make “real” contributions to the city, adding that only an appropriate number of non-local talents should be imported into Macao after a “comprehensive” consideration of the employment of local residents first.

Ho also pledged that the government will certainly increase its investment in public projects, with the aim of creating a string of new job opportunities.

All the five policy secretaries and Ho’s Chief-of-Office Hoi Lai Fong attended Tuesday’s meeting, according to the statement.

Ho has been meeting a raft of civic leaders over the past few weeks to listen to their views and proposals about what the government should do next year.